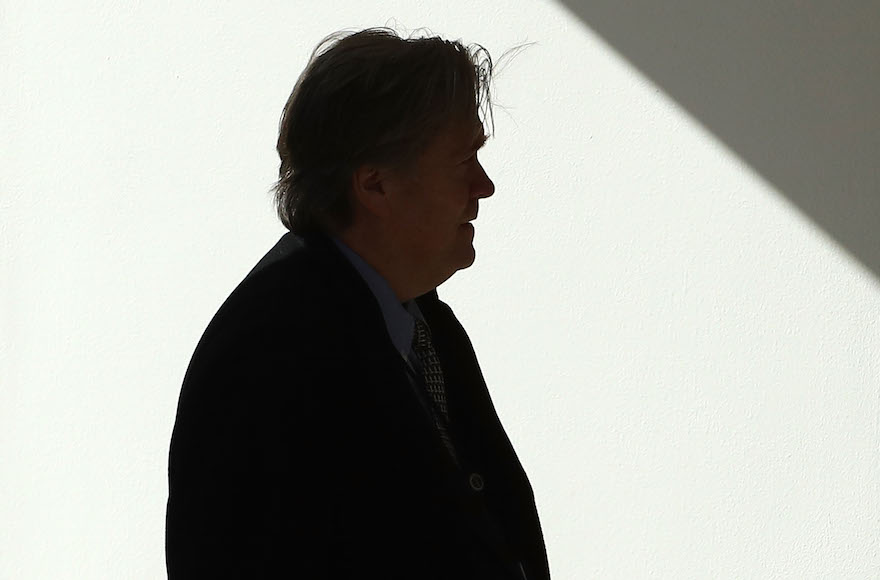 Steve Bannon walking into the Oval Office after arriving back at the White House, Feb. 24, 2017. (Mark Wilson/Getty Images)
Advertisement

Julia Hahn, the onetime Breitbart firebrand who is now a special assistant to President Donald Trump and reports to Trump’s influential consigliere Stephen Bannon, is elusive.

Not in her opinions: She became known at Breitbart for policing any signs of moderation among leading Republicans. Her targets included House Speaker Paul Ryan (a “double agent” and “migration enthusiast”), and Marco Rubio, the Florida senator defeated by Trump in last year’s primaries (“one of the most ardent and successful champions of the donor-class’s open borders trade and immigration agenda”).

But she was hard to track down, and did not cooperate with profiles like this one in the New Yorker that were inevitable for an increasingly influential 25-year-old. Information came from classmates at L.A. prep school Harvard-Westlake and the University of Chicago, who described a kind friend they presumed was liberal, in part because she’s a Jewish woman from California.

Honickman, like anyone’s bubbe whose confidence you gain sitting next to her at the seder, is loving — but also a little blunt.

“She really is the type to listen to other arguments, to learn from the people around her,” Honickman told the Post. “I think she took advantage of something she saw and is doing the best she knows how.”

But does she really buy into an ideology so alien to her grandmother’s?

“What she feels in this particular moment, could be different three days from now,” Honickman said.

You can almost see the barely perceptible shrug and the slightly cocked eyebrow.