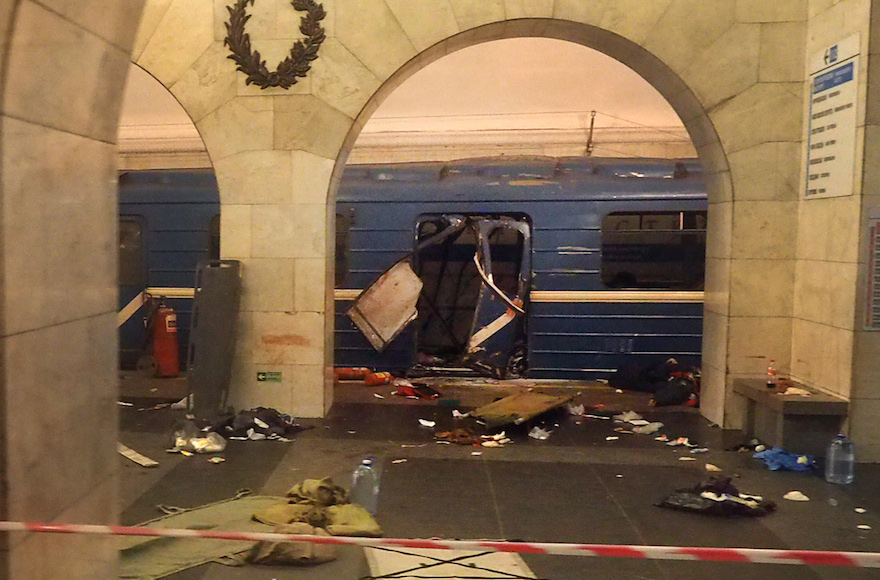 The damaged train carriage at Technological Institute metro station in Saint Petersburg that was bombed on April 3, 2017. (STR/AFP/Getty Images)
Advertisement

“On behalf of the Government of Israel, I send condolences to President Putin and to the families of those who were murdered following today’s bombing on the St. Petersburg subway,” Netanyahu wrote Monday in a statement hours after the afternoon blast, which also injured dozens more. “The citizens of Israel stand alongside the Russian people at this difficult time.”

The homemade bomb filled with shrapnel detonated in a moving subway car after Putin had arrived in his hometown for a visit. A more powerful bomb was discovered later at a nearby train station and defused.

No group has claimed responsibility for the attack.