Richard Gere: ‘The occupation is destroying everyone’ 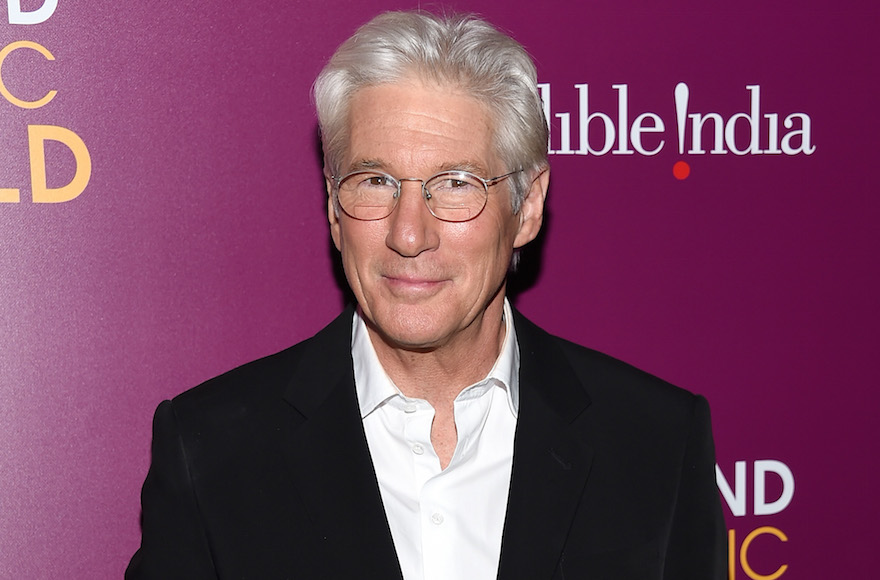 (JTA) — Richard Gere’s recent visit to Israel left him with a less-than-rosy picture of the political situation there.

“As we all knew, the occupation is destroying everyone,” Gere said, following a visit to the Jewish state to promote his latest movie, “Norman: The Moderate Rise and Tragic Fall of a New York Fixer.”

In the film, which is directed by Israeli Joseph Cedar, Gere plays a Jewish fixer who befriends an up-and-coming Israeli politician.

The 67-year-old actor, who is a practicing Buddhist, lamented the impact of the occupation on both Palestinians and Israelis in an interview with The Associated Press published Thursday.

“The Palestinians are becoming more depressed and desperate and with that desperation, most likely, there’s going to be more violence. Because they have no other way of expressing themselves,” Gere said.

“On the Israeli side, you see what’s happening to these young soldiers, and they’re doing things that they don’t want to do, they’re seeing things that they shouldn’t see. And the violence that’s coming from the Israeli side is something that’s destroying Jewish soul – which is by nature incredibly compassionate and forgiving and nurturing,” he continued. “So I see both sides, both cultures, being destroyed in this process. And I don’t see leaders on either side who are speaking the will and the needs of their people.”

Gere also had some harsh criticism for President Donald Trump, slamming him for talk about moving the U.S. Embassy to Jerusalem from Tel Aviv and for choosing David Friedman — a supporter of Israeli settlements who has expressed doubts about the two-state-solution — to serve as envoy to the Jewish state.

“He’s winging it in a completely incompetent way from the beginning,” Gere said of Trump’s Israel policy.

This isn’t the first time Gere has slammed Israeli policies. In a recent Haaretz interview, the actor said “[t]here’s no defense of this occupation.”

“Settlements are such an absurd provocation and, certainly in the international sense, completely illegal — and they are certainly not part of the program of someone who wants a genuine peace process,” Gere told Haaretz.

Watch excerpts from Gere’s interview with The Associated Press below: