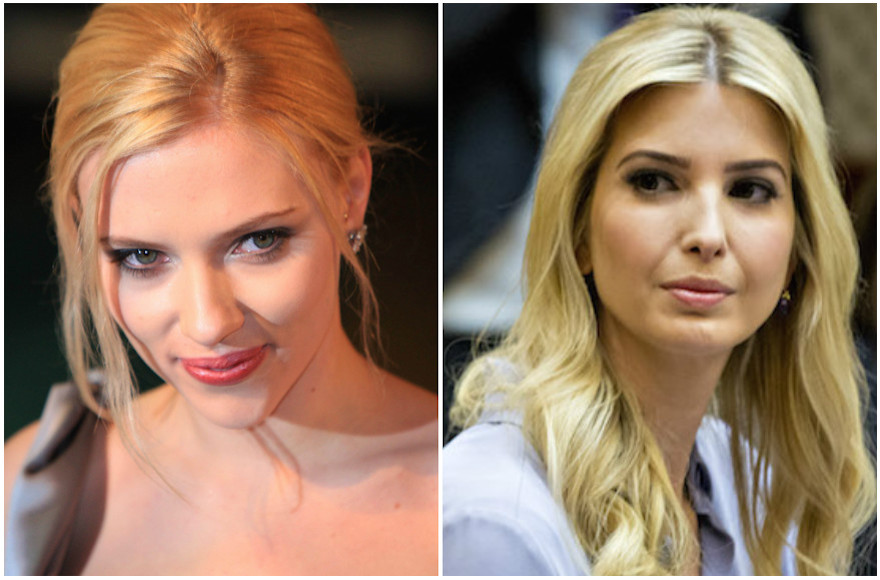 Scarlett Johansson, left, has been critical of the Trump administration. (Solarpix/PRPhotos/Getty Images)
Advertisement

In a public interview Thursday at the Women in the World Summit in New York, Johansson, who is Jewish, discussed Ivanka Trump’s CBS interview earlier this week. In the interview Ivanka Trump, who is also Jewish, was circumspect about the role she will play as assistant to the president – a title she received last month.

“I think most of the impact I have, over time most people will not actually know about,” Ivanka Trump said, according to a report Thursday in the New York Daily News.

Johansson, who campaigned for Democratic presidential candidate Hillary Clinton, interpreted those remarks as meaning “the greatest change she would make would be behind closed doors and nobody would actually know that she had made this change.”

Johansson added: “How old-fashioned, this idea that behind a great man is a great woman. You can’t appear to be concerned that someone is going to think that you are bitchy, or a powerful woman. Screw that, it is so old fashioned and it is so uninspired and actually really cowardly.”

Johansson recently starred in a parody of Ivanka Trump on “Saturday Night Live” featuring a spoof commercial for a perfume called Complicit, suggesting Ivanka Trump is complicit in her father’s policies that critics allege deepen division in society and encourage xenophobia.

Ivanka Trump has rejected the allegation.

“If being complicit is wanting to be a force for good and to make a positive impact, then I’m complicit,” she said during the CBS interview.

Ivanka Trump is married to Jared Kushner, like Ivanka an unpaid adviser to the president. Kushner, who heads his family-owned real estate business, grew up in an Orthodox Jewish family. Ivanka Trump converted to Judaism prior to their wedding in 2010.