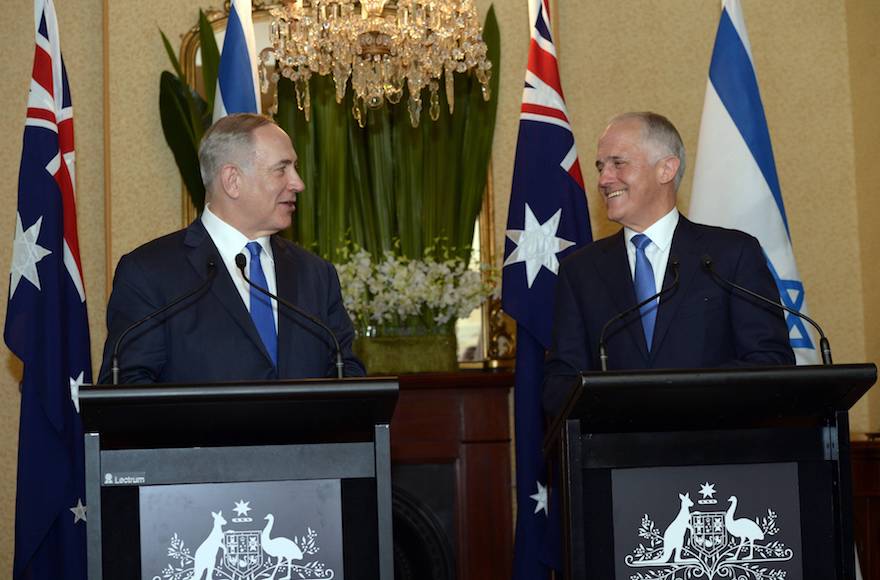 The Australian Foreign Ministry announced the appointment Wednesday. Cannan will in the coming months replace Dave Sharma, who is considered one of the most pro-Israel foreign ambassadors in Jerusalem.

Sharma, who will officially complete his nearly four-year tenure in mid-June, asked on Twitter Wednesday that his successor be welcomed.

Folks, my time in Israel comes to an end soon. From mid-June, Chris Cannan takes over as ambassador. Please make him feel welcome! https://t.co/kzWnwSM8dY

Cannan, a senior career diplomat in the Australian Department of Foreign Affairs and Trade, most recently served as assistant secretary of the Global Development Branch. He previously served overseas in Vienna and Manila and with the Peace Monitoring Group.

Looking back on Sharma’s time in Jerusalem, Australian Foreign Minister Julie Bishop on Wednesday praised several projects he spearheaded, including a work space for Australian entrepreneurs and investors to make business connections in Israel and an Israel-Australia air services agreement reached in February.

“I thank outgoing Ambassador Dave Sharma for his outstanding contribution to advancing the Australia-Israel relationship since 2013,” she said in a statement.

Palestinians have criticized Sharma for seeming to side with Israel on contentious issues. In May 2014, he met with pro-settlement Housing Minister Uri Ariel in eastern Jerusalem, to which Palestinian chief peace negotiator Saeb Erekat responded with an angry — and quickly leaked — letter to Bishop.

The following month, the Australian government announced it would no longer refer to East Jerusalem as “occupied territory,” saying the phrase was judgmental and did not contribute to the dialogue about the contested area.