Polish court sentences man in burning of a Jew in effigy 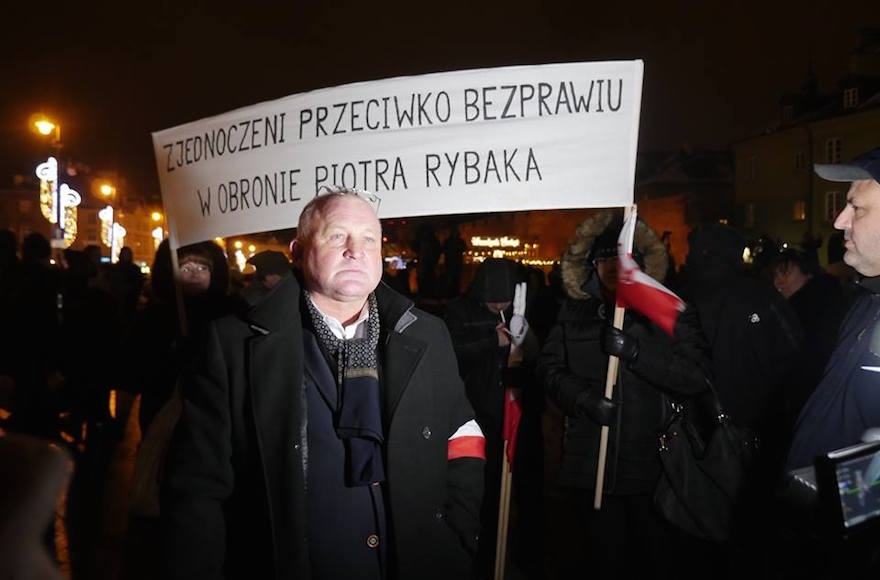 Piotr Rybak at a rally in his honor in Warsaw last year. (Krzysztof Bielawski)
Advertisement

WARSAW, Poland (JTA) — An appeals court in Wroclaw sentenced a man convicted of the 2015 burning in effigy of a haredi Jew to three months in prison.

Piotr Rybak had appealed an earlier sentence of 10 months in prison, with both the defense and prosecution agreeing that he instead serve 10 months of community service. But the court disagreed.

“It was a shameful act because he showed Poland in the eyes of the world as a country of xenophobes,” the judge, Robert Zdych, said at the reading of the verdict.

In November 2015, Rybak participated in an anti-Muslim demonstration against accepting Syrian refugees in Poland. During the event he set fire to an effigy of an Orthodox Jew. He later explained that it was meant to represent George Soros, the Jewish investor and philanthropist who has advocated for a common European asylum policy.

In court, Rybak was supported by a group of nationalists, including a former priest, Jacek Miedlar, who last year during a sermon described the Jews as a “cancer which swept Poland.”