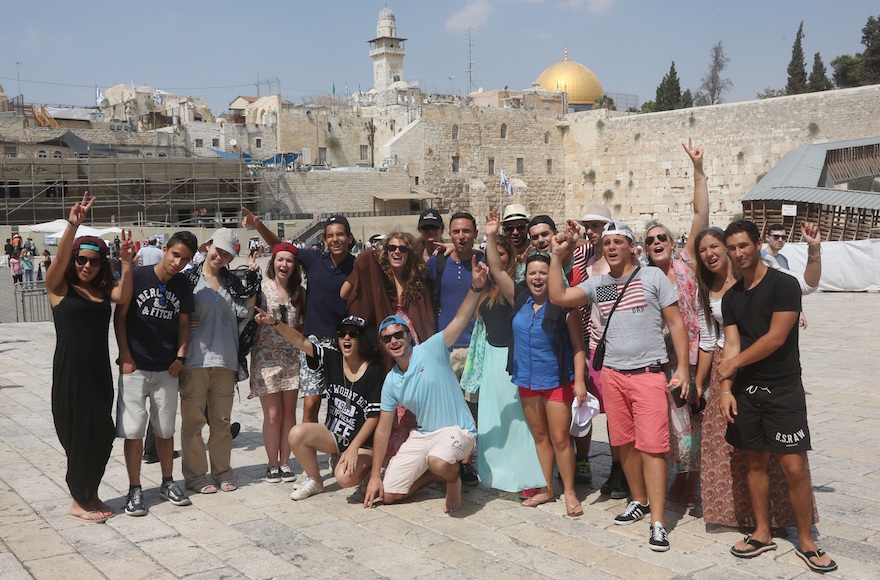 JERUSALEM (JTA) — Jewish American college students have called on Birthright Israel to take a stand against Israel’s new law that would prevent boycott supporters from entering the country.

Some 575 students from 97 colleges and universities and three high schools across the United States sent a letter to Birthright senior executives, Haaretz, which saw the letter, reported.

The letter sent before Passover to Birthright executives Izzy Tapoohi and Gidi Mark asked if the program would screen applicants about their views on the Boycott, Divestment and Sanctions or BDS movement against Israel; will Birthright give participants stopped at the airport with assistance and support; and has Birthright been in touch with the Israeli program about how the new law will affect the trips.

The letter was signed by both students who had already participated in a Birthright trip and those who planned to.

J Street U, the campus arm of the dovish pro-Israel lobby, is behind the initiative, Haaretz reported, though it said that some 25 percent of the students who signed the letter are not affiliated with the group.

Birthright is planning to bring 30,000 participants in its free 10-day trips to Israel this summer.

The students noted that Birthright does not travel to the West Bank, and thus recognizes a distinction between Israel proper and the settlements.

“Some of us do not buy settlement products as a personal choice. Others have no problem doing so. All of us are concerned about the impact of this new legislation on our own and our peers’ ability to travel to Israel,” the students wrote, according to Haaretz.

Birthright has not yet responded, according to Haaretz. When queried by Haaretz, the program referred the newspaper to its Frequently Asked Question section in which it says that  “Birthright Israel does not inquire about the political views of its applicants and welcomes all Jewish young adults from around the globe to visit Israel.”