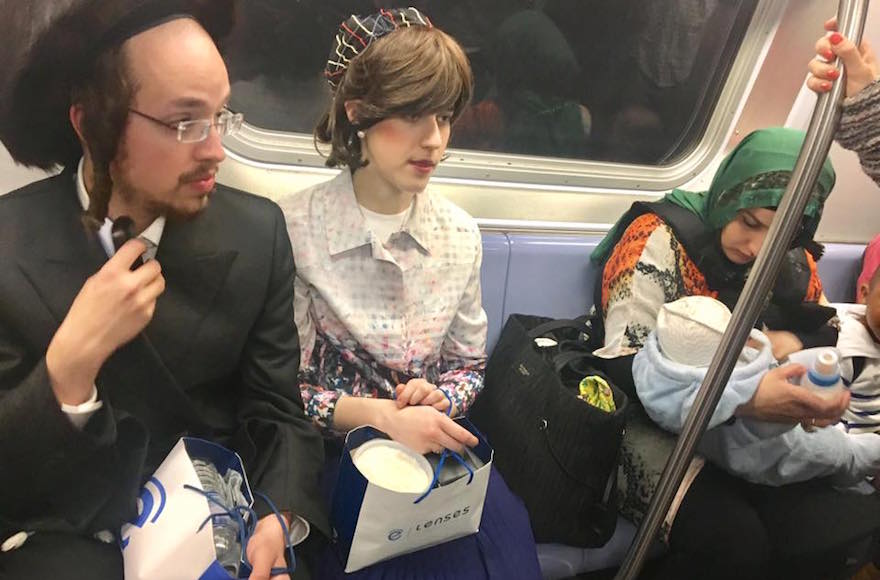 (JTA) — A photo of a Hasidic Jewish couple sitting next to a Muslim woman feeding a baby on the New York City subway has gone viral on Facebook.

The post has received some 53,000 likes and nearly 41,000 shares since it was posted on Sunday by Jackie Summers, a self-described Taoist.

Summers wrote: “A Taoist (me) gives up his seat so a Hasidic couple could sit together. They scoot over so a Muslim mother could sit and nurse her baby, on Easter Sunday.”

“This is my America: people letting people be people.”

The photo was taken on the F Train, which runs between Queens, Manhattan and Brooklyn.