How an Israeli model became a Melania Trump impersonator NEW YORK (JTA) —Dressed up in the right outfit and with her makeup done a certain way, Mira Tzur says she gets stopped on the street by people who mistake her for Melania Trump.

It’s easy to see why. Although their facial features are distinct, the two women share the same shiny brown hair, taut skin and slim physiques.

The similarities don’t end there.

“I relate to her on many levels,” said Tzur, an Israeli-born model and actress who now books several gigs per month impersonating the first lady.

Tzur lists their shared qualities as if reading from a mental list: Both have the same initials, both are immigrants from small countries, both have worked as models and both speak several languages (Tzur speaks English, Hebrew and Arabic fluently, in addition to some Yiddish and French. Trump speaks English, French, Italian, German, Serbo-Croatian and Slovene). They also each have one son, Tzur noted to JTA over coffee at a small café here, pulling out her phone to show several old photos of her boy with a resemblance to Trump’s son, Barron.

Tzur, 45, booked her first lookalike gig by chance after a photographer connected her with the celebrity impersonator John Di Domenico, who was looking for someone to play Melania next to his Donald. The two did a video in which Tzur quietly looks on as Di Domenico directs traffic in a New York intersection.

“We’re going to make traffic great again in New York,” Di Domenico says in the video, gesturing and pursing his lips in a distinctly Trump style.

From there things picked up.

Appearances at private events across the country, segments on Australian and British TV channels, and an interview in a Slovenian documentary about Melania Trump have kept her so busy that she had to hire an agent just for booking the impersonation appearances.

Tzur says she has done over 20 gigs as the first lady following the election, averaging about $3,000 per appearance. Meanwhile Di Domenico, who has been impersonating the real estate mogul since 2004, told The Daily Mail that he charges up to $10,000 for his appearances.

Transforming into Trump is a complex task, Tzur says.

She has tried to dye her hair color to match that of the first lady, though she says she hasn’t quite got it right. (Tzur is hoping an upcoming visit to Trump’s hairstylist will fix that.) During her gigs, Tzur dons contact lenses — transforming her eyes from green to blue — does her makeup similar to the first lady and wears clothing that resembles outfits that Trump has worn. Plus, ahead of any appearance, she reads up on current events and the first lady’s recent public appearances.

Tzur is even planning a web series in which she will portray Trump doing everyday activities such as yoga and cooking. She says she is debating naming it “Miralania” or “Jewlania” — a “Jewish twist on Melania.” 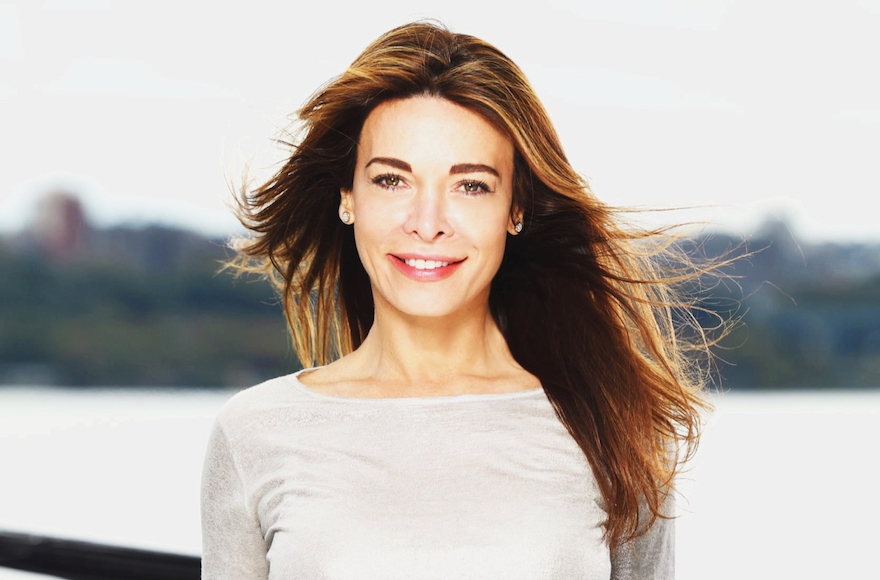 Mira Tzur has worked as an actress, dancer, model, producer and fitness trainer. (Courtesy of Tzur)

Tzur, who grew up in Herzliya, has an impressive entertainment career in her own right. At 19, she arrived in New York to pursue a dancing career after serving as a counterintelligence officer in the Israel Defense Forces. She has since worked as a model, actress, producer and fitness trainer.

In her 20s, she performed as a dancer in Monte Carlo’s royal theater alongside stars such as Elton John and Liza Minelli, and in front of the king of Morocco. She has appeared in commercials and ad campaigns, and had minor roles in TV series (notably “30 Rock”) and films (“The Devil Wears Prada).” She also founded her own production company, One Circle Productions. In 2012 she produced, with Broadway actress Tovah Feldshuh in the director’s chair, “Women’s Minyan,” a play that explores the struggle of a haredi Orthodox woman ostracized by her community for leaving her abusive husband.

Though it’s mostly Trump supporters who book her to impersonate the first lady, Tzur says she isn’t trying to make a political statement.

Still, she adds, not everyone agrees. 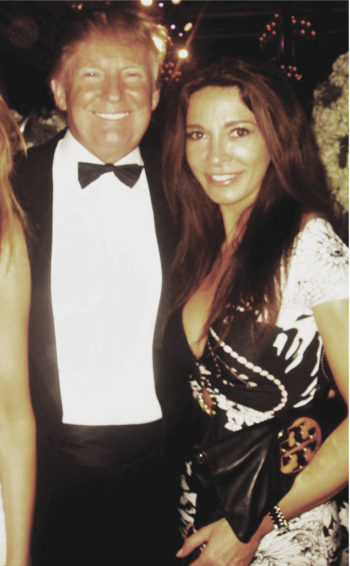 “I lost many friends because I became Melania for a second and a half,” she said. “My agents were just like, ‘I can’t believe you’re doing that.’

“First of all I’m an actress — they don’t give a hard time to Alec Baldwin,” she said, referring to the actor’s portrayal of Donald Trump on “Saturday Night Live.” “It’s a role that I choose to play. Even when I do that, I try to keep it very neutral and politically correct. I don’t want to hurt anyone. And besides, he is my president, whether I chose it or not.”

Tzur, who became a U.S. citizen in 1996, didn’t in fact choose Trump — or his Democratic opponent, Hillary Clinton.

“I tend not to vote because — it’s weird, I’m not religious at all — but I really wanted God to decide for me,” she said. “I want people not to take my advice because then nobody is going to vote, and that’s not right. But for me it works.”

Tzur came to the president’s defense when asked about his comments on immigrants and the 2005 audio in which he can be heard bragging about sexually assaulting women. She says she supports his tough stance on illegal immigration and praised Melania Trump’s dismissal of the 2005 comments as “boy talk.”

Tzur even met Melania and Donald Trump five years ago, at a New Year’s Eve party at Trump’s country club in Mar-a-Lago, Florida, which the now-president has referred to as his “Southern White House.”

“She was lovely, she’s a wonderful woman,” Tzur said of Melania Trump.

In addition to their looks and multilingualism, the two women likely share one more thing: the hope that the president won’t say anything too controversial.

“When he’s pissing off people,” Tzur said, “the phone is not ringing.”