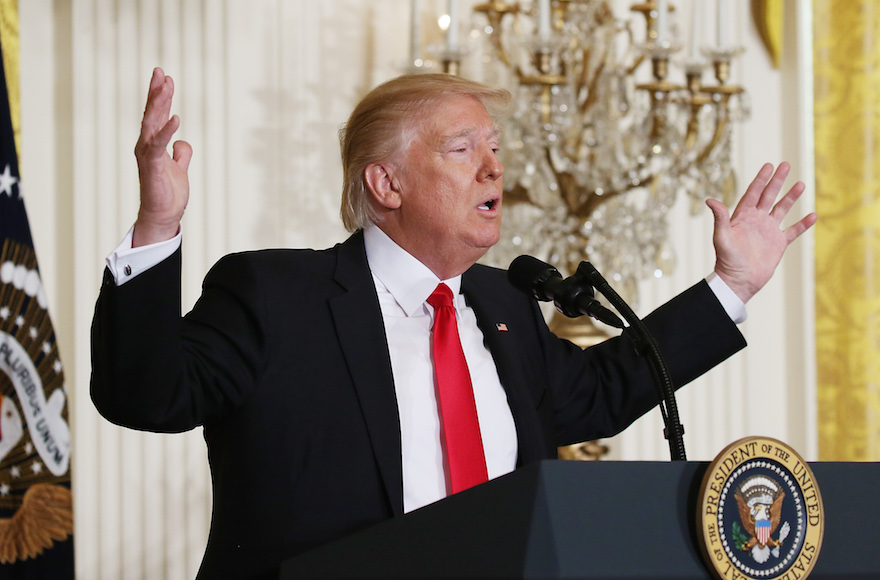 “During Jewish American Heritage Month, we celebrate our nation’s strong American Jewish heritage, rooted in the ancient faith and traditions of the Jewish people. The small band of Dutch Jews who first immigrated in 1654, seeking refuge and religious liberty, brought with them their families, their religion, and their cherished customs, which they have passed on from generation to generation,” read the proclamation issued late Friday by the White House.

“The moral and ethical code of the Jewish people is inspired by their spiritual vocation of ‘tikkun olam’ ‑‑ the charge to repair the world. Through that vocation, the Jewish people have left an indelible mark on American culture. Today, it is manifested in the towering success Jewish people have achieved in America through a unique synthesis of respect for heritage and love of country.”

President George W. Bush first proclaimed May Jewish Heritage Month in 2006, and it has been proclaimed annually by the sitting president ever since.

The proclamation by the Trump White House used the Yiddish term “Di Goldene Medina,” or the Golden Country, to describe how Jews looked to the United States to escape religious persecution and seek economic opportunity.

The statement specifically mentioned Trump’s daughter, Ivanka, and her husband, Jared Kushner, who both serve as senior advisers in the White House. Ivanka Trump converted to Judaism before marrying Kushner in 2008.

“This month, I celebrate with my family ‑‑ including my daughter, Ivanka, my son-in-law, Jared, my grandchildren, and our extended family ‑‑ the deep spiritual connection that binds, and will always bind, the Jewish people to the United States and its founding principles,” the proclamation said. “We recognize the faith and optimism exemplified by American Jews is what truly makes America ‘The Golden Country,’ and we express our Nation’s gratitude for this great, strong, prosperous, and loving people.”