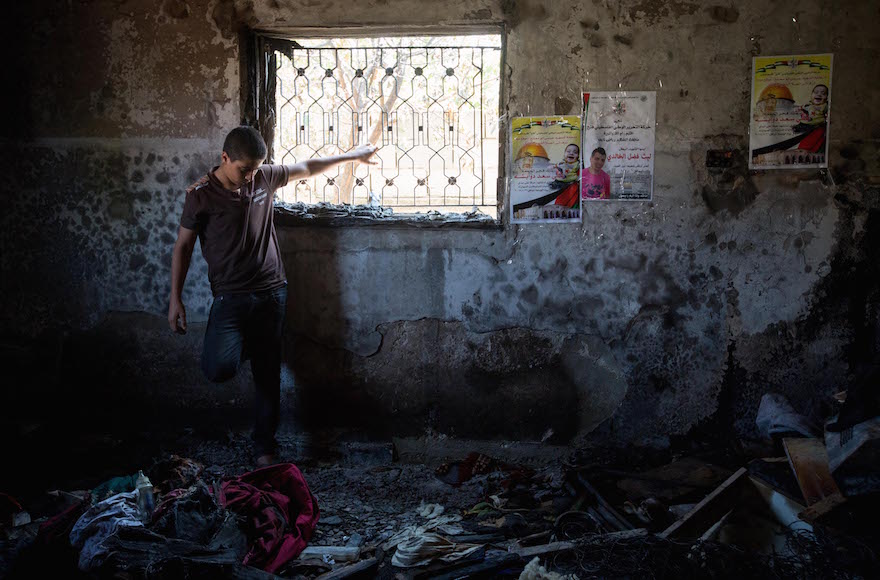 JERUSALEM (JTA) — A 6-year-old Palestinian boy whose parents and brother were killed in an arson attack on their West Bank home is not eligible for compensation given to terror victims, Israel’s defense minister said.

Avigdor Liberman offered the official response in a letter Sunday to Arab Joint List lawmaker Yousef Jabareen, who had asked why the child, Ahmed Dawabshe, had not received money from the state.

Liberman said the boy, who is in the care of his grandparents, does not qualify as a terror victim, that the law does not apply to Palestinians and that there was no request on file for such compensation.

Right-wing Jewish extremists were indicted in the July 2015 firebombing in the Palestinian village of Duma in the northern West Bank.

Jabareen said the family will take the issue of compensation to court.