Rep. Ileana Ros-Lehtinen, champion of Israel and Holocaust survivors, to retire from Congress 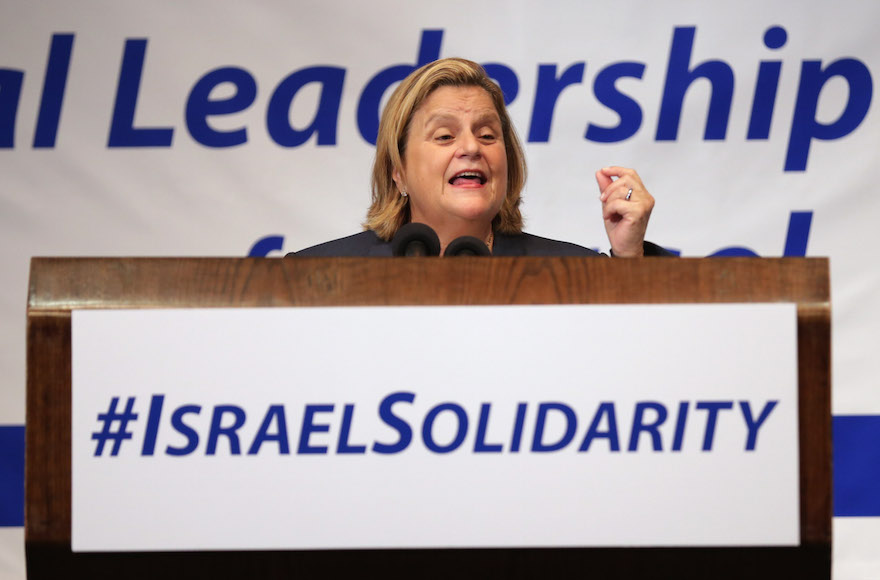 WASHINGTON (JTA) – Rep. Ileana Ros-Lehtinen, a congressional leader who has been a staunch defender of Israel and the rights of Holocaust survivors, is leaving Congress.

Ros-Lehtinen, a moderate Republican from Florida who has sharply criticized the policies of President Donald Trump, told the Miami Herald on Sunday that she simply no longer felt the drive to run again and is retiring at the end of her current term.

“There was no epiphany. There was no moment, nothing that has happened that I’ve said, ‘I’ve got to move on,’” Ros-Lehtinen, 64, told the newspaper. “It was just a realization that I could keep getting elected — but it’s not about getting elected.”

Ros-Lehtinen, a Cuba native of Jewish descent, took a special interest in Israel during her career. The stringent Iran sanctions she authored in 2006 were blocked by congressional procedure, but were the template for the sanctions Congress approved in 2010 that helped force Iran to the negotiating table to limit its nuclear program.

Elected in 1989 from her diverse South Florida district, Ros-Lehtinen was the first Cuban elected to Congress and the first woman to chair the U.S. House of Representatives Foreign Affairs Committee, from 2011-13.

She remained popular in a district that trended increasingly Democratic, defeating her rival by 10 points in November while Hillary Clinton, the Democratic presidential candidate, beating Trump by 20 points. Ros-Lehtinen broke with Trump on his immigration policies and his embrace of the far right, and claimed not to have voted for him in the election.

Bipartisan cooperation has been a hallmark of her career. Ros-Lehtinen chafed at recent pressure from the party to abjure cooperation with Democrats. Some of the most heartfelt farewells after the announcement came from her Democratic colleagues.

“From the moment I arrived in Congress, Ileana has been a friend and a partner,” said Rep. Ted Deutch, D-Fla., who is the top Democrat on the House Middle East subcommittee, which is currently chaired by Ros-Lehtinen. “We have worked together countless times from championing equality to strengthening the U.S.-Israel relationship.”

Ros-Lehtinen’s championing of her favored causes has not abated. On Sunday, the day she announced her retirement, she joined Sen. Ted Cruz, R-Texas, in blasting UNESCO, the United Nations cultural arm, for advancing another resolution targeting Israel. Last week, she was a leader in introducing a Republican-backed bill that would condition U.S. funding of the United Nations on its treatment of Israel.

She told the Herald that a continued focus would be advocacy for Holocaust survivors. Earlier this year, she reintroduced a bill that would expand the rights of Holocaust survivors to sue insurers that did not make good on Holocaust-era policies.