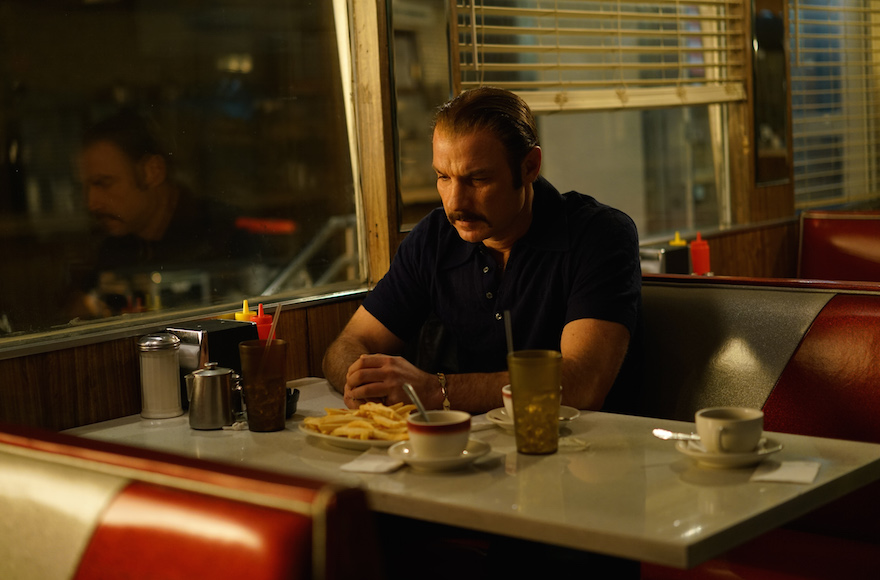 (JTA) — Liev Schreiber has trained as a boxer on and off for 18 years. He’s a fan of the sweet science and has played numerous tough guys on the screen —  notably the prizefighter Mischa in the concentration camp movie “Jakob the Liar” and, of course, as Ray Donovan, the enforcer on the eponymous Showtime series. So he seems a logical choice to play the title role in biopic “Chuck,” about heavyweight Chuck Wepner.

For those thinking “Chuck who?,” you’re not alone. Not even Schreiber was entirely familiar with the boxer known as the “Bayonne Bleeder” — and that’s precisely what attracted him to the role.

“As a fight fan, I was kind of surprised and a little embarrassed that I didn’t know Chuck’s story,” Schreiber, 49, said in a telephone interview with JTA. “It’s one that I wanted to tell for the last 10 years, since I got the script.”

“It is a cautionary tale of fame and celebrity,” he said.

Wepner was a club fighter, a palooka who could take a punch. He managed a series of victories that got him ranked. After Muhammad Ali’s unexpected victory over George Foreman in Zaire, promoter Don King wanted the new champ to fight a white boxer. Suddenly Wepner had the opportunity he’d been dreaming of and an international stage.

Ali was expected to dispatch Wepner quickly, but the New Jerseyan nearly lasted the entire 15 rounds, becoming the first fighter to knock down Ali (Ali claimed he was tripped), if not out. The champ got up and pummeled Wepner, earning a technical knockout with 19 seconds left in the fight.

Wepner’s quick rise to fame started a downward spiral that was exacerbated when Sylvester Stallone’s “Rocky” movies, based on Wepner’s career, won accolades. He got caught up in the fast celebrity lifestyle that included willing women and cocaine. He lost his wife, Phyllis (played by Elizabeth Moss in “Chuck”) and daughter, and ultimately served 26 months of a five-year prison sentence for drug distribution.

Celebrity is a heady mistress, and I wondered how Schreiber had avoided her siren call.

“I don’t know,” he said. “I think I was fortunate to have a gradual career. I started off on the classical stage, and people were just not interested [in classical actors].

“I realized that if I believed the amazing ones, I’d have to believe the unamazing ones,” he said. “That led to a healthy kind of skepticism about fame. It’s an all-powerful, powerful pill. And I felt like Chuck’s years down the rabbit hole were as profound, if not more so, than the 15 rounds he spent in the ring with Ali.” 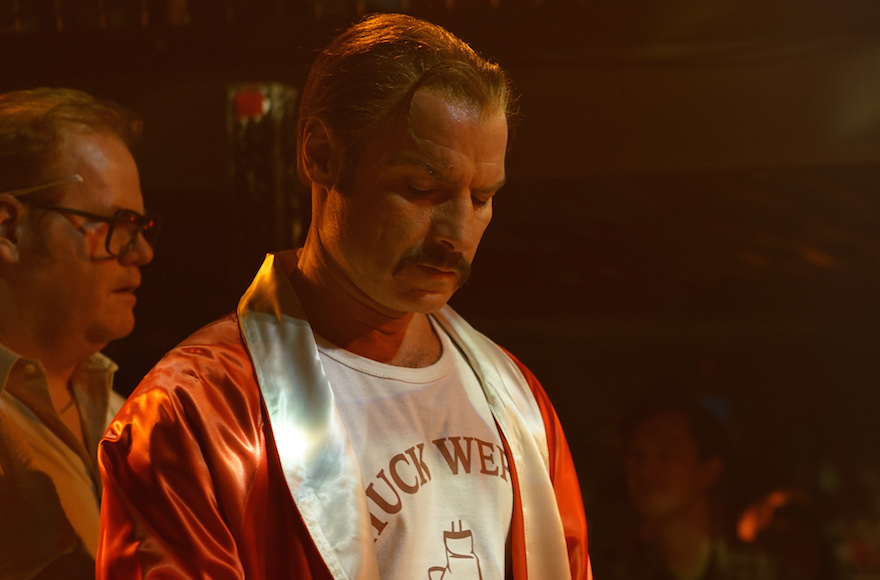 Off-screen, Schrieber has trained as a boxer for 18 years. (Sarah Shatz/Courtesy of IFC Films)

Schreiber also attributes his ability to avoid swallowing that pill to the grounding he received from his mother, Heather, and his maternal grandfather, Alex Milgram.

Schreiber’s parents divorced when he was a young, and Milgram, who was a meat distributor, spent his life savings to help Heather win custody. The actor once described his mother as “a hippie,” but now says “bohemian is a better word.”

Schreiber and his mom moved to New York.

“We lived in a squat on the Lower East Side, and she believed in teaching her children that money wasn’t the most important thing,” he said. “She did what she could to make ends meet.”

Heather drove a cab, and at times they lived in apartments without electricity or running water. But there were always books, he remembers.

Milgram was a huge influence on Schreiber’s life.

“He pretty much raised me as if he was my father, and in many respects he was my dad,” Schreiber told JTA.

It was through his grandfather, an “old-fashioned socialist Jew,” that Schreiber connected with his roots. He remembers annual seders at the Milgram house.

“Those were some of the best times of my life,” he said. “We’d all get together, and me and my brothers would fight for the afikomen.”

One time, Schreiber recalls, Milgram took him to visit a friend in the Lubavitch community in Brooklyn, where by chance he briefly met the Lubavitcher rebbe, Menachem Mendel Schneerson, who was holding court in a crowded meeting space, “300 guys in a room that could only hold 100,” he said.

“I had no idea who he was, just that he was a very holy man,” he added.

I ask Schreiber about any other memories he may have of his grandfather.

“I think what you’re reminding me of is that every role I’ve ever played is some extension of my daydreaming about my grandfather,” he said.

Schreiber recently ended his 11-year relationship with the actress Naomi Watts, with whom he has two children. Their relationship is amicable enough that she stars in the film as Linda Wepner, Chuck’s second wife.

Thinking about the good fortune he’s had, Schreiber understands how, like Wepner, he easily could have slipped down the rabbit hole. That he didn’t is, in part, due to the influence of Milgram.

“There is, in my mind, a kind of no-nonsense, salt-of-the-earth thing I attribute to my grandfather that maybe came into play in my thinking about fame as I became a little more involved in films and TV,” Schreiber said.

“Chuck” opens Friday in New York and Los Angeles, and the rest of the country in the coming weeks.