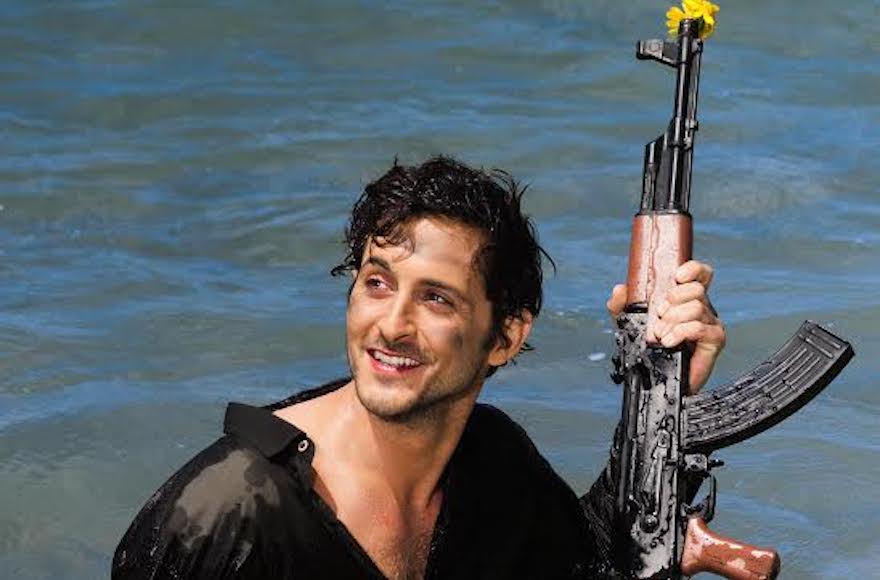 TEL AVIV (JTA) — As a relatively young country, Israel has had its story told in photographs from its very beginning.

In honor of its 69th Independence Day, Hebrew daily Yediot Acharonot on Tuesday published a series of iconic photos from that history re-created by Israeli celebrities. Artists and athletes bring new life to images of the warriors and politicians who helped build the Jewish state. 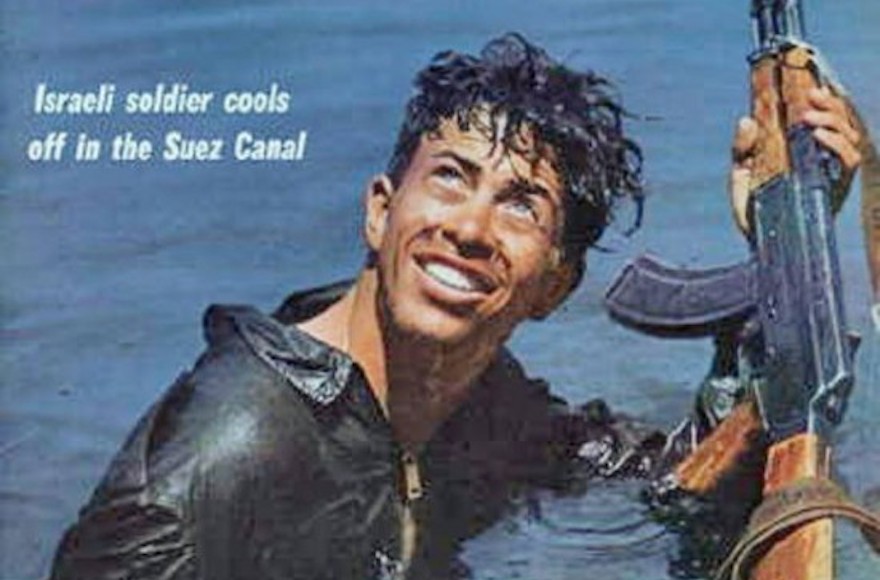 Yossi Ben-Hanan appearing on the cover of Life magazine in 1967. (Wikimedia Commons)

Many of the photos and celebrities are little-known outside Israel. But an image of an Israeli soldier standing smiling in the Suez Canal after the Six-Day War famously appeared on the cover of Life magazine in 1967. The photo captured the Jewish state at the height of its self-confidence and international popularity.

In the remake of the photo, rising Israeli actor and heartthrob Tomer Kapon stands in for the soldier, Lt. Col Ben Hanan. A real-life combat soldier before playing one on the hit Israeli TV show “Fauda,” Kapon expressed ambivalence about the the meaning of the photo he posed for.

“Beyond being historical and perhaps somewhat optimistic, the image of Yossi Ben-Hanan after the Six-Day War reminds me of the heavy price that wars exact, and I understand the unbearable price of the war, and people I lost in the Second Lebanon War in 2006 go with me and will go with me forever,” Kapon told Yedioth. “The army of the people, it is an integral part of our identity and reminds us again and again of the beauty of the country and the beauty of our sons and daughters who take part in such a delicate and powerful fabric.”

Photographer Gabriel Baharia said he made every effort to emulate the original photo during the shoot last week in Jaffa, south of Tel Aviv. He even got his hands on an AK-47 like the one Hanan held — which he said is no easy task since the Israeli army no longer uses the model. But there is one notable addition: a yellow flower sticking out of the barrel of the gun.

“The flower is about hope for peace,” Bharlia told JTA. “I guess maybe it also captures something about how we see the good old days, when everything was much clearer, you know?