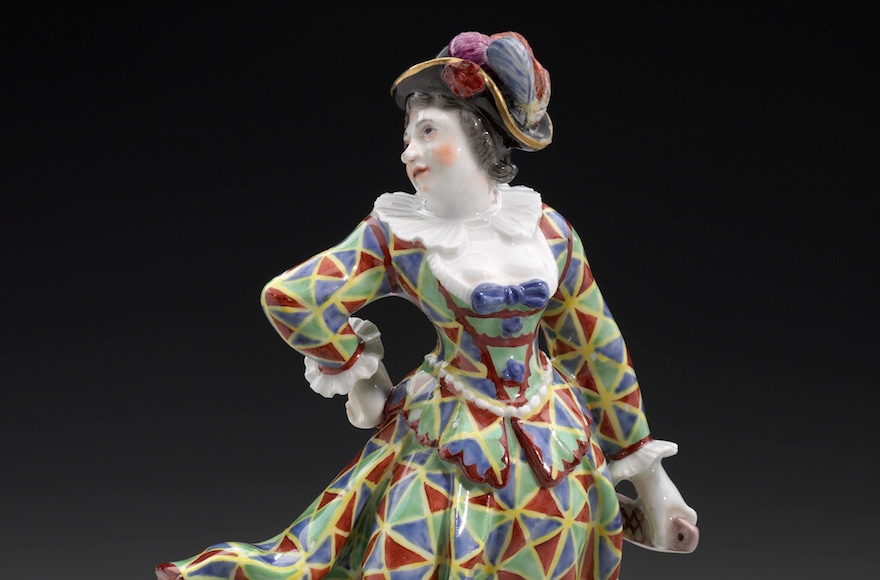 BOSTON (JTA) — The Museum of Fine Arts in Boston has settled a Holocaust-era restitution claim with the estate of a Jewish collector that allows the museum to retain seven pieces of 18th-century German porcelain that were sold in Berlin in 1937 during Nazi-era persecution.

The settlement for an undisclosed amount of money to the heirs of the estate of Emma Budge was announced Wednesday by the museum.

The Harlequin figures made by the porcelain manufacturers Höchst, Fürstenburg, and Fulda were put on view Wednesday in the museum’s Angelica Lloyd Russell Gallery, the Boston Globe reported.

“It’s a moral responsibility of the current possessor to redress these past injustices,” Victoria Reed, the museum’s curator of provenance, who researched the claim, told the Globe.

The case is “more nuanced than many claims we hear about for Nazi-looted works of art,” she said.

The seven pieces of porcelain were bequeathed to the museum in 2006 by Edward and Kiyi Pflueger, who acquired them from Otto and Magdalena Blohm, who bought the collection at the 1937 Berlin auction.

Budge, who held a large collection of decorative arts in her home in Hamburg, died in 1937. After her death, the figurines were sold by her heirs as part of an auction in Berlin, despite her specific request that the collection not be sold within National Socialist Germany, according to the museum. Budge and all of her estate executors were Jewish.

The proceeds from the sale were probably credited to the Budge estate account at M. M. Warburg Bank in Hamburg, which was sold to non-Jewish owners under Nazi-era rule. Many of her heirs fled Germany and those who remained were subject to persecution, according to the museum.

“As the direct result of Nazi persecution, the proceeds from the sale were never realized,” the museum said in a statement.

Reed told the Globe: “It was hard to gauge to what extent the estate had a choice of how to dispose of the collections, so really what we were looking at was what happened to the proceeds. What we’re looking at is economic persecution that is directly tied to racial persecution.”

The figurines stand out among others produced at the same time, according to Thomas Michie, senior curator of decorative arts and sculpture. Michie told the Globe that “six of the figurines help form the world’s only known two complete sets of the sculptures by Höchst and Fürstenberg,” and that it was important to keep the sets intact.