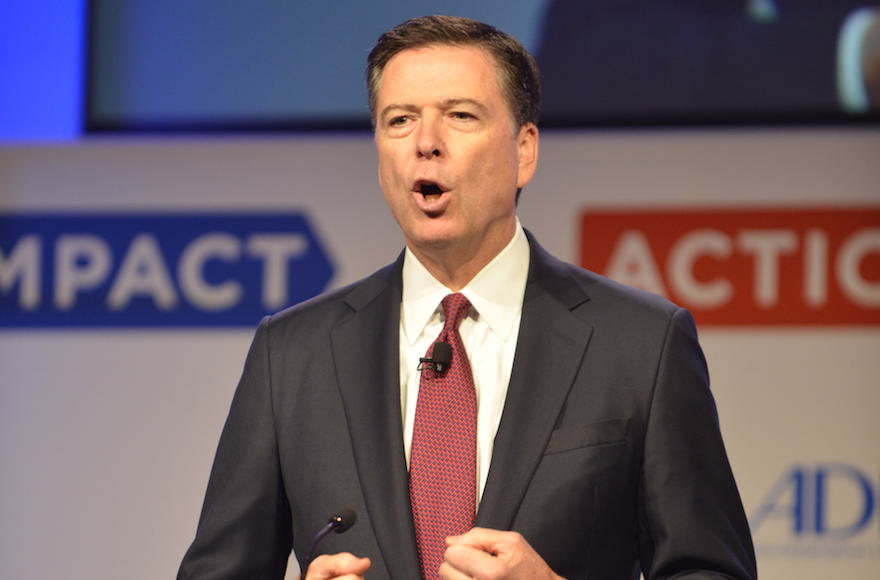 WASHINGTON (JTA) — FBI Director James Comey called for improvements in how law enforcement reports hate crimes in a speech to the Anti-Defamation League, a priority issue for the group.

“We must do a better job of tracking and reporting hate crime to fully understand what is happening in our country so we can stop it,” he told the group’s annual Washington, D.C., conference on Monday. “Some jurisdictions do not report hate crime data.”

Comey’s endorsement is a boost for the ADL, which has long sought uniform standards for hate crimes data across the United States and in Europe as a means of tracking spikes and decreases in bias-related crimes.

Comey said he perceived a link between the increase in hate-filled rhetoric in recent years, spurred by social media, and hate crimes.

“You all know too well in a heartbeat hate can turn into violence,” he said.

Comey noted, as he has in the past, that the FBI requires its agents to tour the Holocaust museum, emphasizing how evil can be perpetuated by those who believe they are doing good. Nazis, he said, were “joined and followed by people who loved their families, who took soup to sick neighbors — good people.”

He called the Holocaust “the most significant event in human history.”

Comey said he required agents to study FBI interactions with the Rev. Martin Luther King Jr.; the bureau treated the civil rights leader as a subversive. He noted that he keeps on his desk the memo written by J. Edgar Hoover, the director at the time, in the early 1960s seeking an OK from Robert Kennedy, then the attorney general, to eavesdrop on King. (Kennedy allowed it.)

“It is vital power be constrained, including my power and that of the FBI,” he said to applause.

Focuses of the conference included the rise of the “alt-right,” the American hypernationalist movement, and the plight of refugees. The ADL honored HIAS, the lead group defending immigrant rights; both groups opposed President Donald Trump’s executive orders temporarily banning entry to refugees. Courts have stayed the orders.