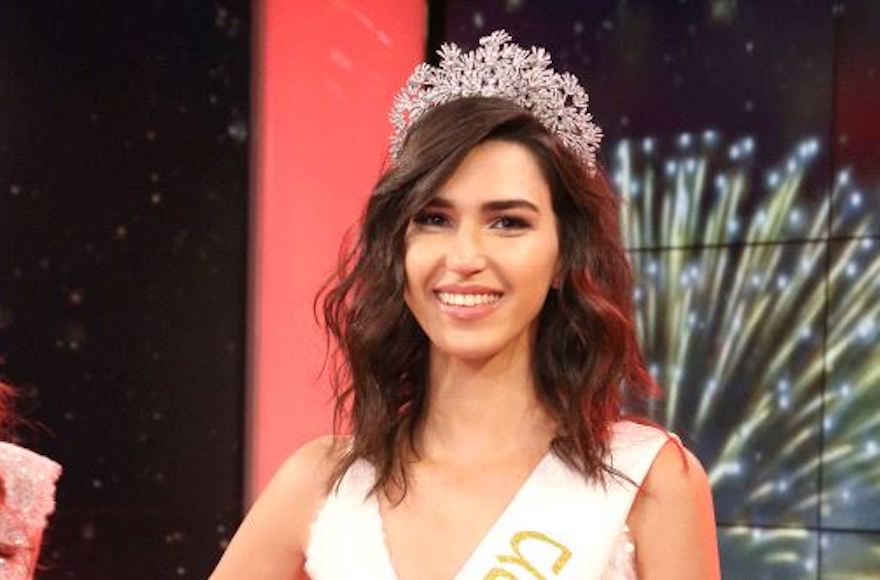 The 21-year-old Jerusalem-based model won the coveted Miss Israel crown and sash Tuesday with the help of an army of online supporters.

“I want to thank all of you for the kindness and support I received from you,” Rabi wrote Wednesday on Facebook and Instagram. “Appreciate it and love you very much!”

Her social media savvy helped Rabi beat out 15 contestants. This was the first year online voting was combined with judges’ votes to pick Miss Israel, and social media was central to the contest. Each contestant was given profile pages on the contest’s website, complete with bios, photos and Instagram-inspired modeling videos.

While her competitors waged similar get-out-the-vote efforts on social media, they could not compete with Rabin’s reach. Her Instagram following alone topped 14,000 — more than double that of any of the other women who made the final four.

Beauty contests have been a part of Zionist culture since well before “selfie” was a word. In the late 1920s, Tel Aviv hosted the Queen Esther Beauty Pageant centered on the holiday of Purim. Part of a budding Jewish folk culture, it brought together Ashkenazi and Mizrahi contestants and helped officials select an unofficial representative of the Yishuv, or prestate Jewish community. 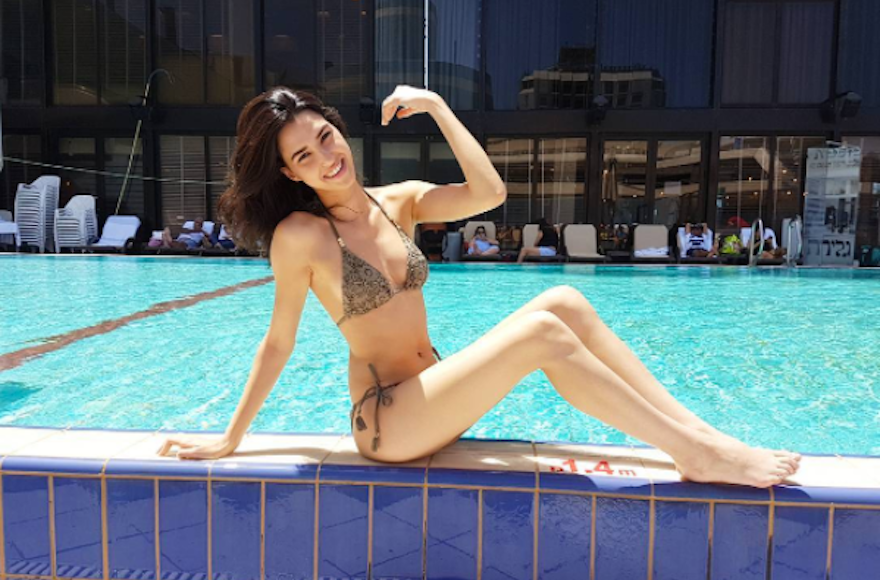 The Miss Israel pageant has been around since 1950, and has launched some its winners’ careers. Gal Gadot, the Israeli actress who brought Wonder Woman to the big screen, won the crown in 2004.

According to Rabi’s bio, she served as a medic in the Israeli Air Force and has worked as a model while starting the process to join the Israel Police’s investigative division. She dropped out of the Miss Israel contest last year to accept a modeling contract in Milan.

As customary, Rabi will represent Israel in the Miss World pageant, which will be held in December in China. She will try to add to Israel’s single win, in 1998.

The Miss Israel pageant has been criticized in recent years for its focus on women’s appearances and allegedly superficial standards — for example, contestants must be 5-foot-6 or taller and never have been married or had children.

Its increased online presence has given Israelis a convenient — and sometimes strange — way to voice their displeasure. When Yediot Acharanot, the Israeli newspaper behind the contest, posted photos of the Miss Israel finalists on its Facebook page Sunday and asked people to vote, commenters responded with a string of shirtless photos of controversial lawmaker Oren Hazan.

“I admit I’m excited to be the public’s choice of Israel’s beauty queen,” Hazan posted on his Facebook page. “I plan to work to reduce world hunger and to bring world peace.”

As for Rabi, she took to social media, too, after her victory.

“I write this post with tears of excitement,” she wrote. “For after a long journey and an amazing experience, today came the big moment.”