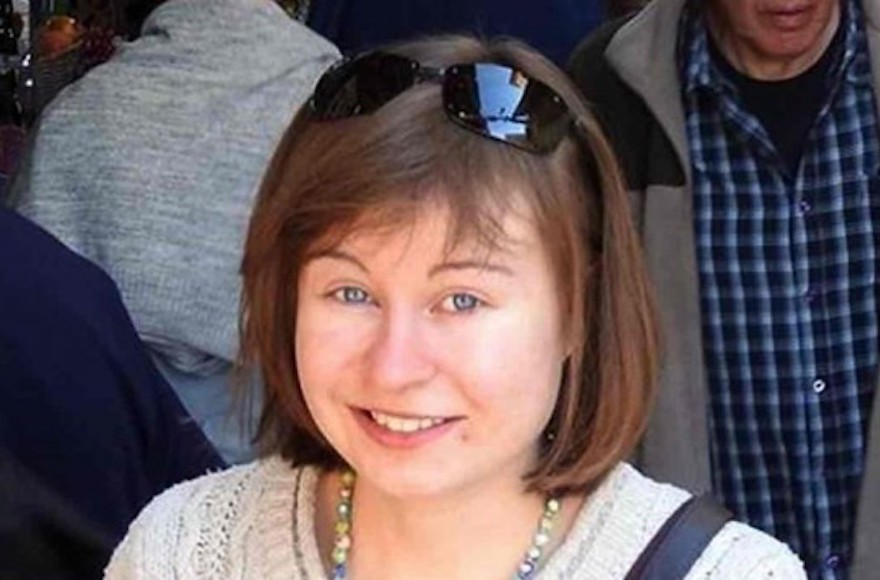 Hannah Bladon was in Israel on a student exchange program from Britain when she was stabbed to death. (UK Foreign and Commonwealth Office)

JERUSALEM (JTA) — The Palestinian man who stabbed a British woman to death on the Jerusalem light rail was charged with premeditated murder.

The indictment against Jamil Tamimi, 57, of eastern Jerusalem, was filed Thursday by the Jerusalem District Attorney’s Office.

Hannah Bladon, 21, who died of her injuries after being stabbed multiple times in the chest with a kitchen knife, was in Israel as part of a student exchange program with Hebrew University as part of her course of studies in religion, theology and archaeology at the University of Birmingham. She arrived in January and was returning home from an archaeological dig when she was stabbed on April 14.

According to the indictment, Tamimi chose to attack Bladon because she looked like a weak and easy target.

Tamimi reportedly has been found fit to stand trial after being examined by a prosecution psychiatrist, though he reportedly told investigators that he stabbed Bladon because he wanted the soldier standing next to her to kill him and had previously tried to commit suicide. He had checked himself out of the Kfar Shaul Mental Health Center the day before the attack.

The Israel Security Agency, or Shin Bet, said of the stabber in a statement following the attack, “This is not the first time that a Palestinian suffering from personal, mental or moral distress has chosen to commit a terrorist attack in order to escape his problems.”