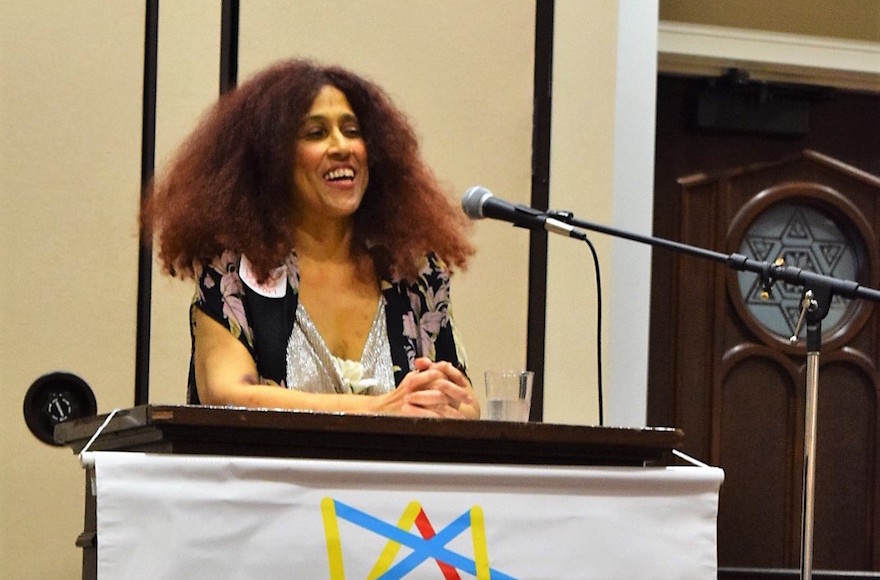 (JTA) — When four gunmen opened fire on a New Orleans parade on Mother’s Day in 2013, sending the crowd running, Deborah Cotton stood in place and stared at one of the shooters.

“I looked over and I saw one of the main shooters,” she said last month when she was honored at a dinner of Avodah, the Jewish service group. “Everyone else had taken off running, and for some reason I was just captivated by this one shooter. He reminded me of my son or my nephew.

“My gut instinct was to run over and stop him, take the gun, run with him, move him out of the way,” she said. “My feeling for them was sorrow.” Nevertheless, Cotton was among those shot, losing a kidney and gall bladder, and suffering damage to her stomach, intestines and pancreas.

Barely a week after the speech, on May 2, Cotton died at age 52 of complications resulting from her wounds. The event was her last public appearance.

Cotton suffered the worst wounds of the 19 victims on that day in 2013. The suspects were four brothers who pleaded guilty to multiple charges; two received life sentences, and two each received 40 years. Instead of being vindictive, she was the opposite: She forgave her shooters and became one of their fiercest advocates.

“I thought, this boy, he hasn’t even started life yet,” she told Avodah of one of the shooters. “He hasn’t had a baby. He hasn’t gone out of the country yet. People were stumped that I would actually feel compassion for these young men.”

Cotton, a writer, was already a public voice when she was shot. She moved to New Orleans in 2005, shortly before Hurricane Katrina, and dedicated herself to covering the city’s “second-line” parades, which descend from the New Orleans black community’s tradition of funeral parades. She saw that the parades, which happened nearly every week during certain seasons, weren’t covered by the press or publicized by the city. So Cotton began publishing information on the parades at NOLA.com and documented them in writing and video.

Cotton saw her work, which gained a large following, as correcting the city’s neglect of its black residents and their culture. After the shooting, she also began speaking out for criminal justice reform, staying in touch with her shooters.

Born to a black father and Jewish mother, Cotton told Avodah that her two heritages inspired her activism.

“Let me just start by saying I get it, honestly, my mother’s Jewish, my father’s black,” she said. “And those two cultures gave me my fortitude.”

Avodah trains young activists to address pressing social and economic issues. Dani Levine, the director of Avodah in New Orleans, said Cotton “was a true embodiment of living her ideals, of living a more just world.”

Friends planned to honor her memory with a series of  — what else — second-line parades.