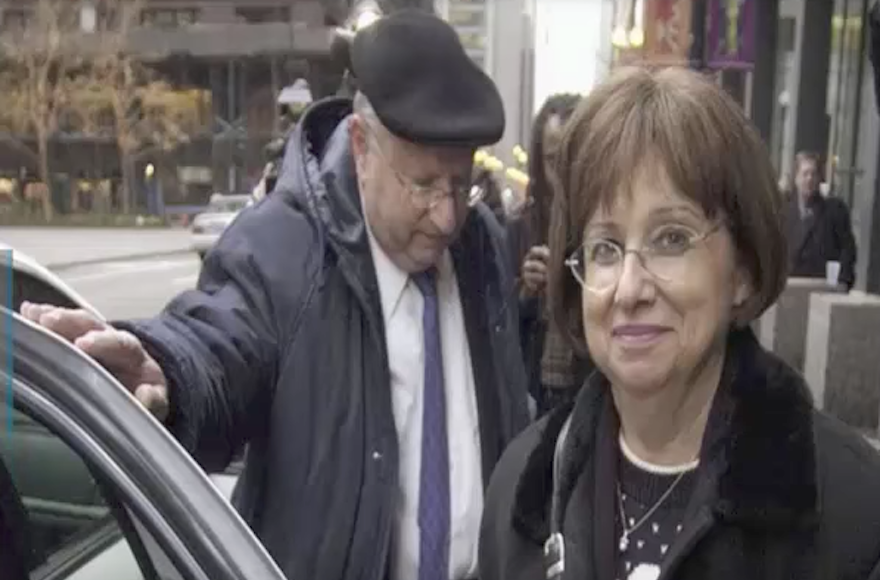 (JTA) — The parents of an American-born yeshiva student who was shot to death in 1996 at a West Bank bus stop have sued to recover the $156 million in damages they were awarded by a U.S. jury in a landmark verdict.

On Friday, Stanley and Joyce Boim filed a federal lawsuit in Chicago against two U.S. Palestinian groups based in the city — American Muslims for Palestine and Americans for Justice in Palestine Educational Foundation — who they claim are the “alter egos” of three Islamic fundraising groups that were found guilty in December 2004 of funding the terrorism that led to the death of their 17-year-old son, David, near the city of Beit El.

One of the Boims’ lawyers, Stephen Landes, said Friday that the family has received only a small piece of the award, the Chicago Tribune reported, because the defendants claimed they had ceased operations and did not have the money to pay the judgment.

Landed said the groups named in the suit formed shortly afterward, with many of the same leaders.

“The Anti-Terrorism Act can’t be set aside simply by rebranding yourself,” he told Reuters.

The Boims, U.S. citizens who moved to Jerusalem some three decades ago, were awarded the $156 million to be paid by the Islamic Association for Palestine, the Holy Land Foundation for Relief and Development, the Quranic Literacy Institute and Muhammad Salah, a Palestinian-American who was acquitted of terrorist charges in the U.S. but spent 4 1/2 years in Israeli prison for bankrolling terrorism.

The verdict was the first by a jury holding U.S. citizens or organizations liable under a federal law that allows victims of terrorism to sue for civil damages.

The 7th U.S. Circuit Court of Appeals upheld the judgment in 2008.

U.S. Palestinian organizations say they have no relationship with groups outside the United States, including the four that were found guilty of funding terrorism.

“It’s a frivolous lawsuit,” American Muslims for Palestine Chairman Hatem Bazian told Reuters. “They are using the Islamophobic environment we are in to try to tarnish and defame an organization that is in good standing, and has been working diligently to provide a perspective on the Palestine cause to the American public.”