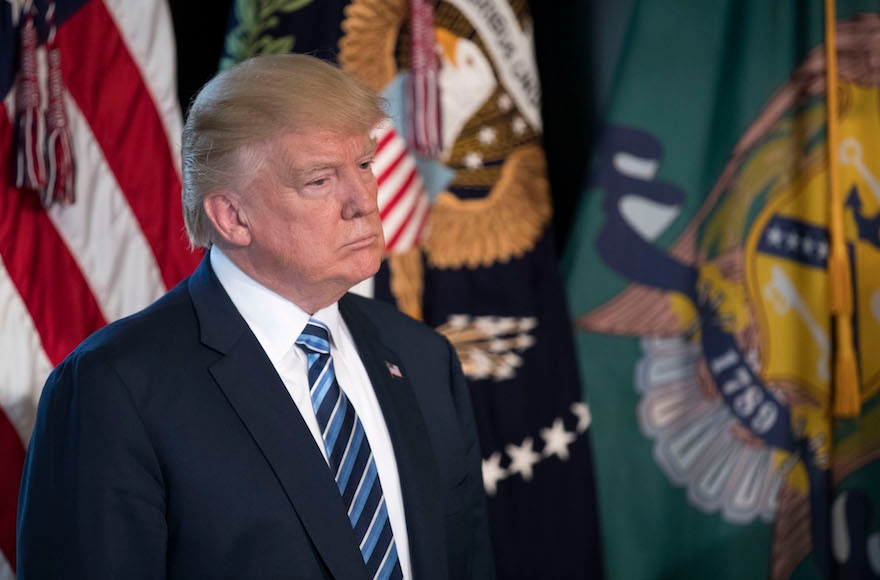 JERUSALEM (JTA) — President Donald Trump is considering how moving the U.S. Embassy to Jerusalem from Tel Aviv would affect the peace process, according to Secretary of State Rex Tillerson.

“The president, I think rightly, has taken a very deliberative approach to understanding the issue itself, listening to input from all the interested parties in the region and understanding what such a move in the context of a peace initiative, what impact would such a move have,” Tillerson said at the end of a nearly 15-minute interview Sunday morning on NBC’s “Meet the Press.”

“As you know, the president has recently expressed his view that he wants to put a lot of effort into seeing if we cannot advance a peace initiative between Israel and Palestine.”

Tillerson added that the decision “will be informed by the parties involved in the talks.”

He said one factor would be “whether Israel views it as helpful to a peace initiative or perhaps a distraction.”

“Not only will the transfer of the embassy not harm the peace process, but quite the opposite,” the statement said. “It will advance it by correcting a historic injustice and by smashing the Palestinian fantasy that Jerusalem is not the capital of Israel.”