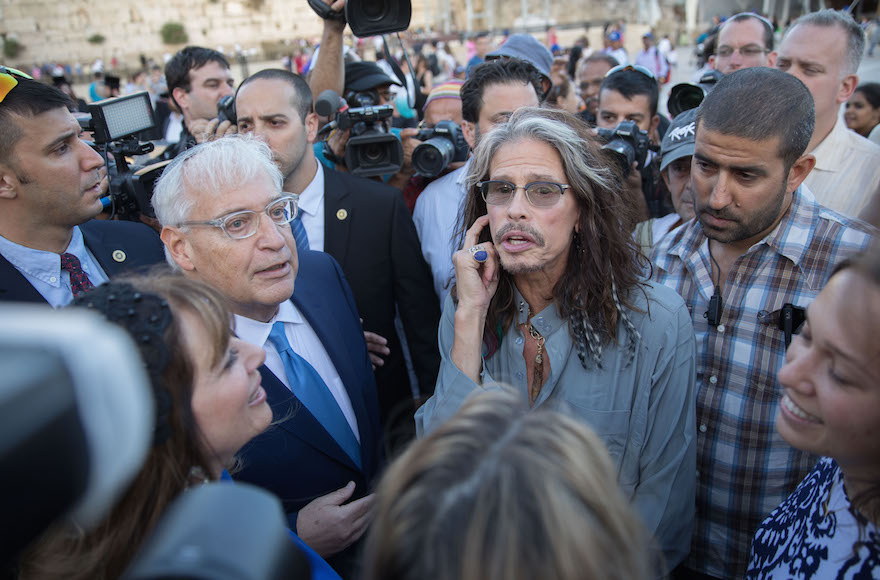 (JTA) — Just another day at the Western Wall.

Aerosmith singer Steven Tyler, who is in Israel to play a concert, ran into the new U.S. ambassador to Israel, David Friedman, at the holy site on Monday.

The grizzled rocker and the white-haired diplomat were quite the odd couple, making for an interesting photo op. 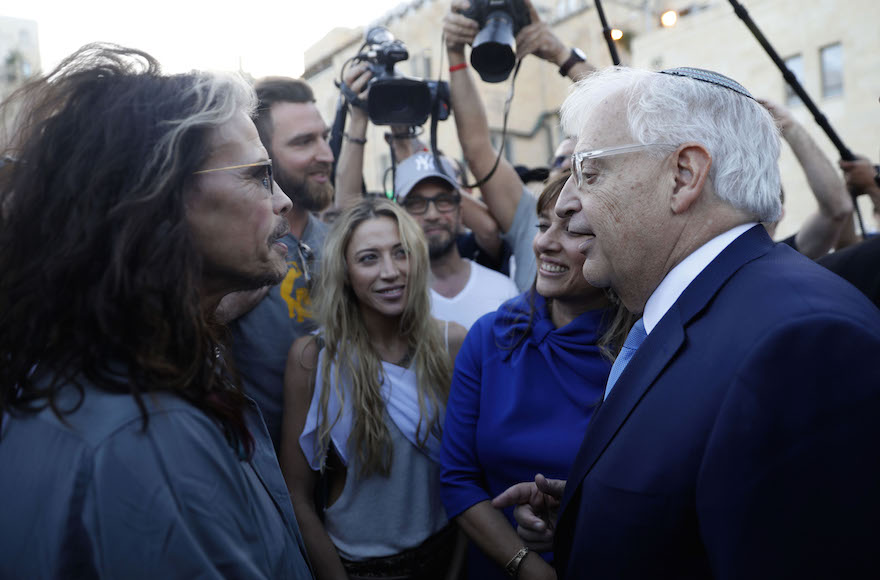 Tyler is in town for an Aerosmith performance. Friedman just arrived to take up his position as U.S. ambassador to Israel. (Menahem Kahana/AFP/Getty Images)

Friedman arrived in Israel on Monday — visiting the Western Wall was clearly a top priority — and presented his credentials to Israeli President Reuven Rivlin the following day. He will busy from the get-go, as President Donald Trump is scheduled to visit the Jewish state next week.

No word if Friedman is crazy for Aerosmith.