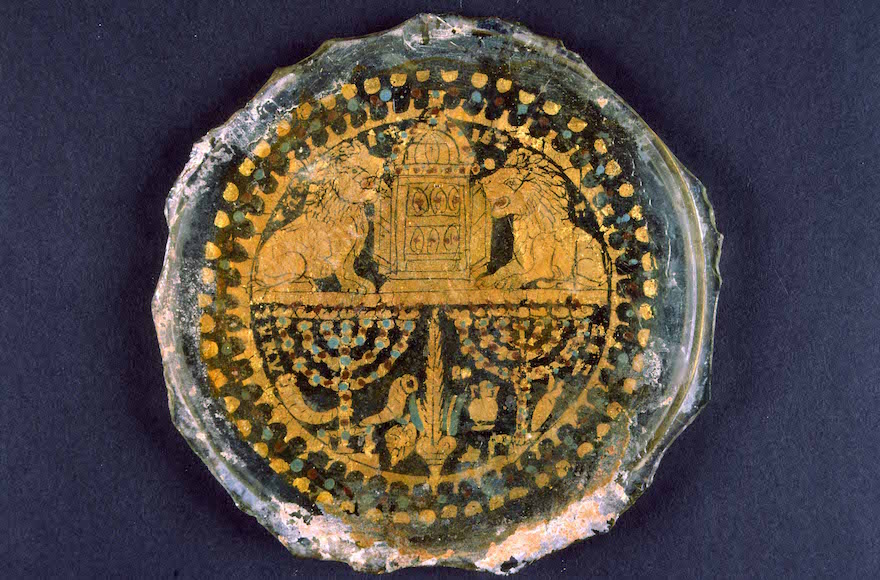 (JTA) — An unprecedented exhibit centered on the image, history and symbolism of the seven-branched menorah has opened in Rome.

Titled “Menorah: Cult, History and Myth,” the exhibition is a joint project of the Vatican Museum and the Rome Jewish Museum — the first time the two museums have cooperated in this way. It will run through July 23. 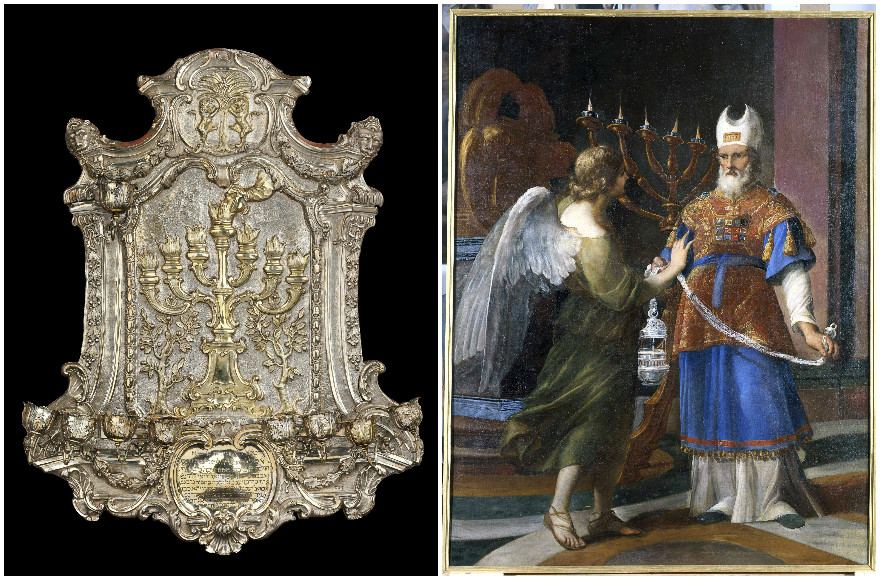 Part of the display is installed in the Vatican Museum’s Carlo Magno exhibition space in St. Peter’s Square, and part of it in the Rome Jewish Museum, located about a mile away in the complex of the Great Synagogue that towers over the Tiber River.

The exhibition, which took 3 1/2 years to organize, includes some 130 paintings, illustrations and other depictions of menorahs from around the world. The oldest object on display is the so-called Magdala Stone, a vividly carved block dating from the first century C.E. that experts believe may be a representation of the Second Temple in Jerusalem. It was excavated from an ancient synagogue in the Galilee in 2009 and is the oldest carving of a menorah to have been found in Israel. 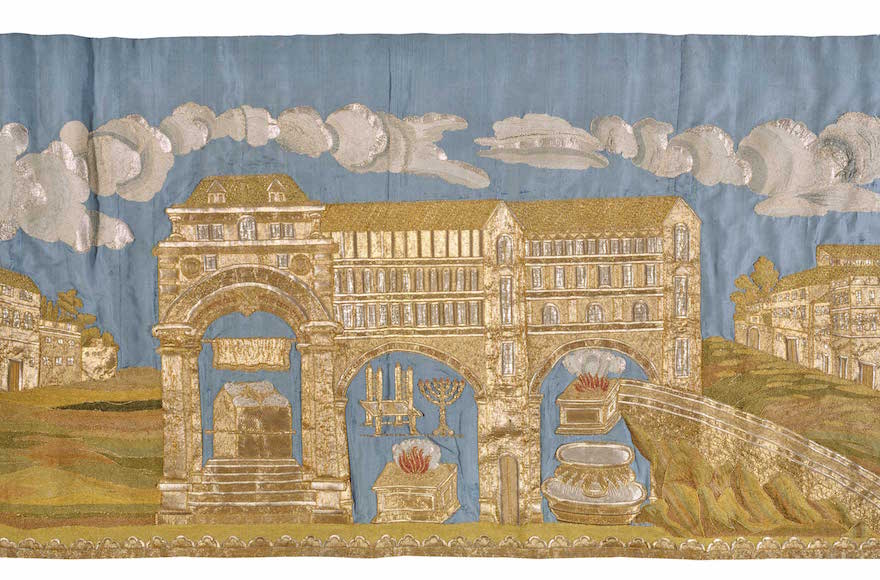 The exhibition explores the fate of the solid gold menorah from the Temple that was brought to Rome as a spoil of war when the Romans sacked the Temple in 70 C.E. – a scene immortalized in a carving on the ancient Arch of Titus. A replica of the carving forms a centerpiece of the exhibit. The Temple menorah disappeared after vandals sacked Rome in 455, and legends persist that it remains hidden away in the Vatican. 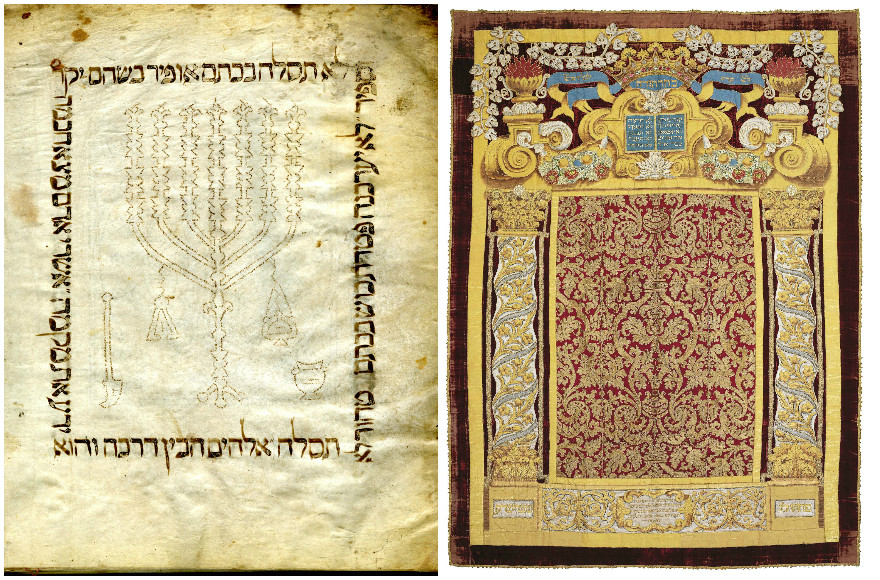