Israeli startups are driving the car technology revolution. Here’s how. 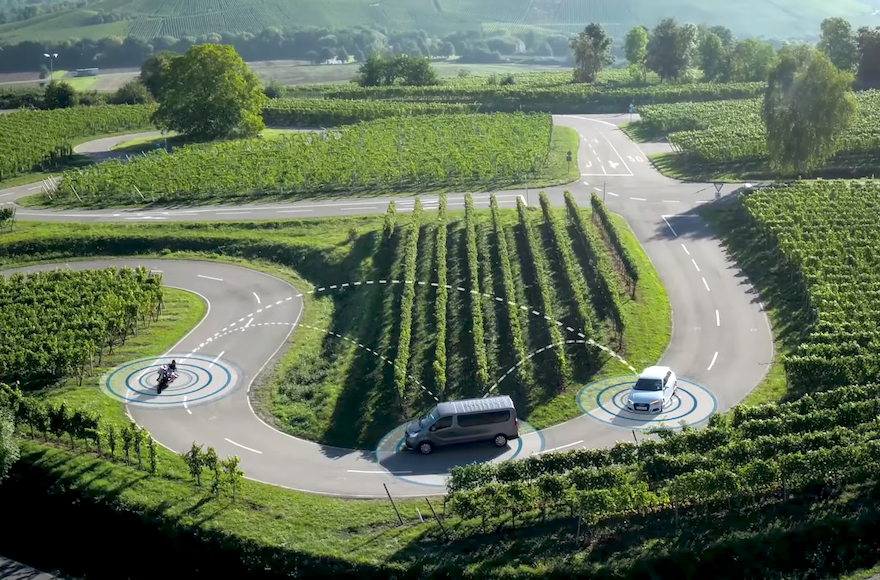 Over 200 local companies working in transportation technology will be at the EcoMotion Conference on Thursday at the Peres Center for Peace in Jaffa. The plan is to give auto industry giants a look under the hood of “Startup Nation.”

“Companies from around the world want to see what’s happening in Israel,” said Lior Zeno-Zamasky, the executive director of EcoMotion, a networking group for transportation technology companies in Israel that is organizing the conference. “The idea is ultimately to make deals, and I can tell you we’ve had a lot of success stories in the past.”

Israel in recent years has become an unlikely center for automotive innovation – it has no car manufacturing to speak of, and the country is notorious for its bad drivers.

It started with the electric car company Better Place, which in spite of its high-profile bankruptcy in May 2013 is credited with putting Israel’s automotive tech scene on the map. The next month, Google bought the Raanana-based mapping company Waze for $1 billion. And in March of this year, Intel agreed to acquire the self-driving car technology powerhouse Mobileye, located in Jerusalem, for a record $15 billion. BMW, Ford, General, Honda, Motors, Uber, Volkswagen and Volvo have also invested in Israeli technology since 2016.

Now that they have the world’s attention, Israeli entrepreneurs have shifted into overdrive. According to Zeno-Zamasky, at least 550 startups now work in the country’s transportation technology industry. Here are some of the revolutionary things those attending the fifth annual EcoMotion conference are trying to make cars do.

Run on electricity with little or no charging

The era of the electric vehicle has officially arrived. A couple million plug-in cars are now whirring along roads across the globe, consuming a third as much energy as their gasoline-powered counterparts.

Pulling over to recharge them, however, is a buzzkill. So Israeli startups are working on ways to make the pit stops faster and less frequent – or even unnecessary.

Tel Aviv-based StoreDot claims to be developing an electric vehicle battery that can be recharged in five minutes — that’s compared to the hours that are typically required today. The company says a single charge would run a car for about 300 miles — farther than almost any electric vehicle now on the market and nearly as much as a gasoline-powered car. StoreDot recently demonstrated proof of the concept on a single battery cell, and previously recharged a smartphone in 30 seconds.

Electroad thinks its can do away with plugs altogether. At its headquarters in Caesarea, the company has developed an under-the-pavement wireless technology that recharges electric vehicles while they drive. With “inductive charging,” vehicles can carry lighter, less expensive batteries — and never have to stop to recharge. Israel’s government is working with Electroad to build a half-mile public bus route in Tel Aviv using its technology. If the planned 2018 launch goes well, there are plans for more routes, starting with an 11-mile shuttle between the city of Eilat and the Ramon International Airport in the south.

Mobileye provides most of the world’s driver-assistance technology. That includes the sensors — mainly cameras, lidar lasers and radar — and computing power that cars need to “see” the road. And the company is working with Intel and others to roll out a test fleet of 40 self-driving vehicles later this year.

But car vision is still far from 20/20, and some Israeli startups apparently think they can do better. Innoviz Technologies, located in Kfar Saba, and Vayavision, from Or Yehuda, are both developing their own lidar laser systems, which use light and radar to determine distance.

Meanwhile, Oryx Vision promises “nano antenna” sensors that it says perform 50 times better and cost much less than the technologies used by Mobileye. Last October, the Petach Tikvah-based startup raised $17 million in its first round of funding. If all goes well, it anticipates seeing its product on the road by 2020. By then, some analysts predict, there will be 10 million self-driving cars in operation.

The Mobileye group has set the following year, 2021, as the target for the production of the first fully automated car using its technology.

Talk to each other and the world

The cars of the future will communicate to avoid crashes and ease traffic jams. Experts predict some cars will have this ability within a year or two, and the technology will be commonplace in self-driving cars within a decade.

Headquartered in Kfar Netter, Autotalks is making chip sets that can link vehicles not just to each other but also to infrastructure and people. The semiconductor company has collaborated with Audi on “smart antennae” and started selling to car equipment manufacturers. In March, it raised $30 million in funding, touting its chips’ compliance with a rule proposed by the U.S. Department of Transportation in December that would mandate the use of vehicle-to-vehicle communication in new cars. The department estimated the rule could prevent more than half a million accidents and a thousand U.S. deaths every year.

As cars become more connected, Herzliya-based otonomo wants to bring driver and passenger services — from apps to roadside help — via its cloud-based marketplace. It has deals with nine automakers, but as usual, consumers will pay with their data, which otonomo allows automakers to sell.

While Autotalks and otonomo provide their own security, Argus Cybersecurity designs systems to protect the electronics that control a vehicle’s basic functions from hackers. The Tel Aviv company does this by analyzing the data that come in and out of a vehicle’s communications systems, which is otherwise highly vulnerable. Argus CEO Ofer Ben-Noon came up with the idea while serving in Israel’s elite 8200 intelligence unit.

For those attached to their regular old car but fed up with driving it, IVO Driver Robot has a solution: a robot that can drive for you. So far, the robot has mostly driven a golf cart-style buggy around a parking lot at Ben-Gurion University in Beersheba, where it is being developed. But a new and improved version is in the works.