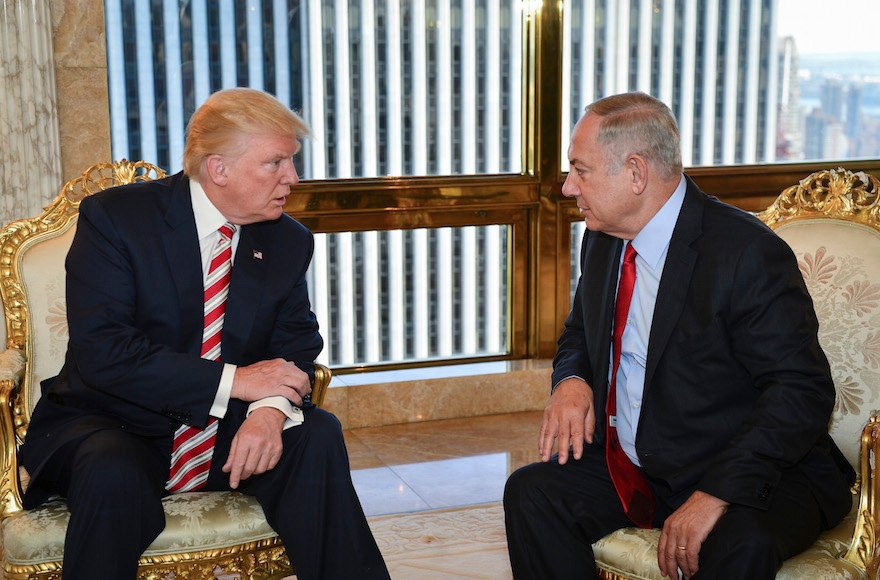 JERUSALEM (JTA) — President Donald Trump and Israeli Prime Minister Benjamin Netanyahu have spoken by phone in the wake of the revelation that the U.S. president shared Israeli intelligence with Russia.

The conversation took place late Tuesday afternoon in Israel, the Israeli media reported, citing unnamed senior Israeli officials. It is not known who initiated the call, which reportedly lasted 20 minutes.

Neither the White House nor the Prime Minister’s Office issued statements saying that the conversation took place, as they usually do.

Trump and Netanyahu reportedly only discussed the president’s visit next week to Israel, which also has been marked by controversy over issues of the Western Wall and the status of Jerusalem. Trump is scheduled to arrive in Israel on May 22 and leave the following day. U.S. officials announced ahead of the call that neither Netanyahu nor any other Israeli officials will be permitted to accompany Trump on his visit to the Western Wall.

According to Haaretz, the call did not touch on Trump’s disclosure of classified information provided by Israel to the United States during his meeting last week with Russian officials. It also did not deal with the status of the Western Wall, the unnamed Israeli official told Haaretz. A U.S. consular official last week reportedly told an Israeli official that the wall, Judaism’s holiest prayer site, “is not your territory, it’s part of the West Bank,” and the U.S. national security adviser, H.R. McMaster, declined to say whether the wall was part of Israel, saying it was “a policy decision.”

The call to Netanyahu came immediately after Trump placed one to King Abdullah II of Jordan, which was announced by the White House.

“The security relationship between Israel & our greatest ally the United States, is deep, significant & unprecedented in volume,” read one tweet.

The second tweet read: “This relationship w/ the US is unprecedented in its contribution to our strength. This is how it has been & how it will continue to be.”

The security relationship between Israel & our greatest ally the United States, is deep, significant & unprecedented in volume.

This relationship w/ the US is unprecedented in its contribution to our strength. This is how it has been & how it will continue to be.