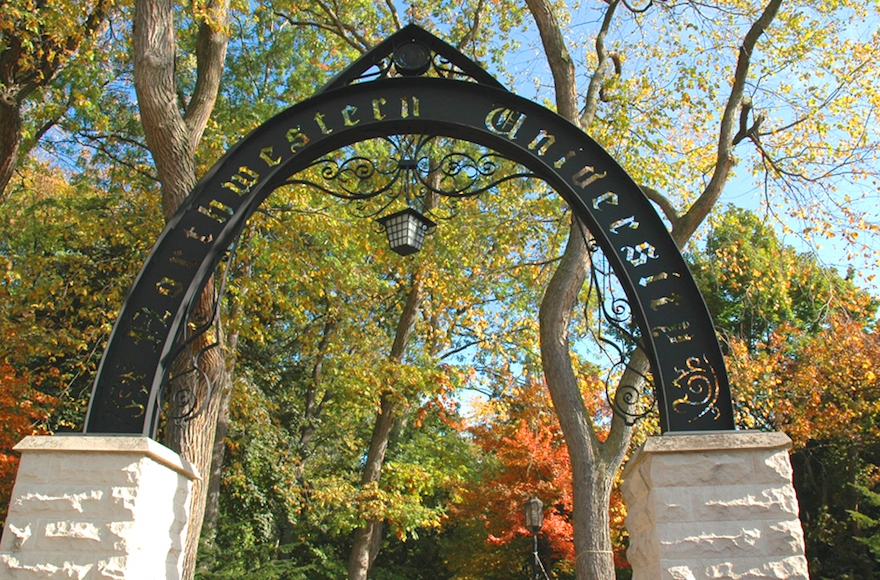 (JTA) — Jewish students at Northwestern University organized a vigil for two Israeli students killed in a 1969 bombing ahead of a campus talk by a Palestinian activist convicted of participating in the terrorist attack.

Rasmea Odeh, who spent 10 years in an Israeli prison for her role in the attack, spoke Monday at the university outside Chicago as part of Israeli Apartheid Week, a series of events hosted by Students for Justice in Palestine. Odeh was among the organizers of International Women’s Day in March.

The vigil, which took place a half hour before Odeh spoke, was planned by a coalition that included Northwestern Hillel, Wildcats for Israel and J Street U. University President Morton Schapiro also attended the vigil, which drew more than 120 people, according to The Daily Northwestern.

Hillel President Samantha Max told the school daily that the vigil was neither pro-Israel nor a direct response to Odeh’s views.

“We wanted to offer space for people to decompress and we wanted to really focus it on the victims, these two people who were killed in the 1969 bombing attack,” said Max, a junior. “And really just offer an alternative space for people that would in no way disrupt the event.”

Odeh, who worked as associate director of the Arab American Action Network, pleaded guilty in March to immigration fraud for having failed to tell U.S. immigration authorities that she had been imprisoned in Israel. Under a plea deal, Odeh will not spend time in U.S. prison or detention but will be stripped of her U.S. citizenship and deported.

Odeh confessed to planting the bomb in the 1969 attack, though in recent years has claimed the confession was given under torture, which is disputed by Israeli officials.

In her talk at Northwestern, Odeh said her pending deportation reflects the “racist nature” of the U.S. justice system.