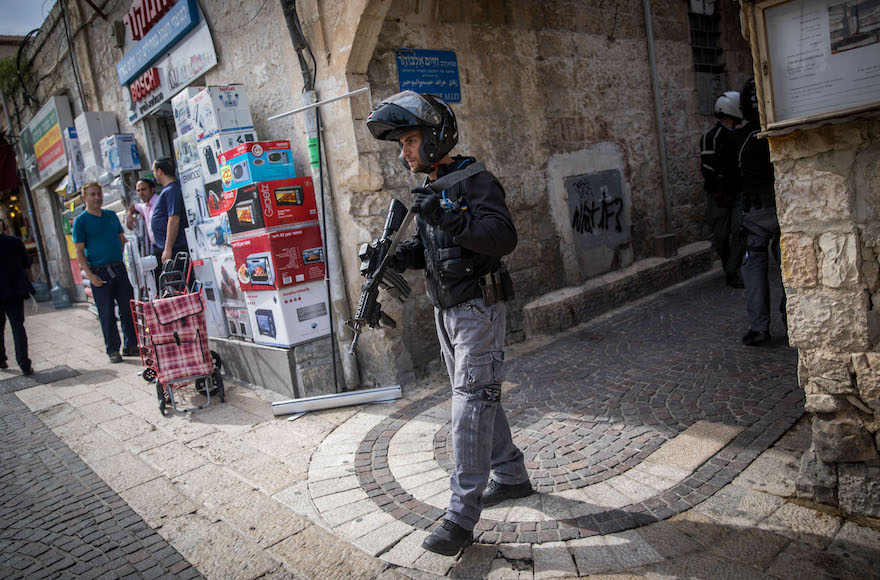 JERUSALEM (JTA) — More than 10,000 Israeli police units, counterterrorism units and border police will secure President Donald Trump and his 1,000-person entourage during his visit to Israel.

Trump will stay in Jerusalem’s King David Hotel in a bomb-proof, poison gas-proof and bulletproof hotel room built to withstand the collapse of the entire building, NBC News reported Sunday. It also will be protected by bomb-proof glass being brought from the United States, according to the report.

Every bit of food ingested by Trump and his family will first go through a tester, according to the report.

All of the hotel’s 233 rooms will be occupied by people involved in the Trump visit.

Trump is scheduled to travel to Bethlehem, located in the Palestinian Authority, where he will visit the the Church of the Holy Sepulcher, a Christian holy site, and will visit the Western Wall in the Old City of Jerusalem, the first sitting president to do so.