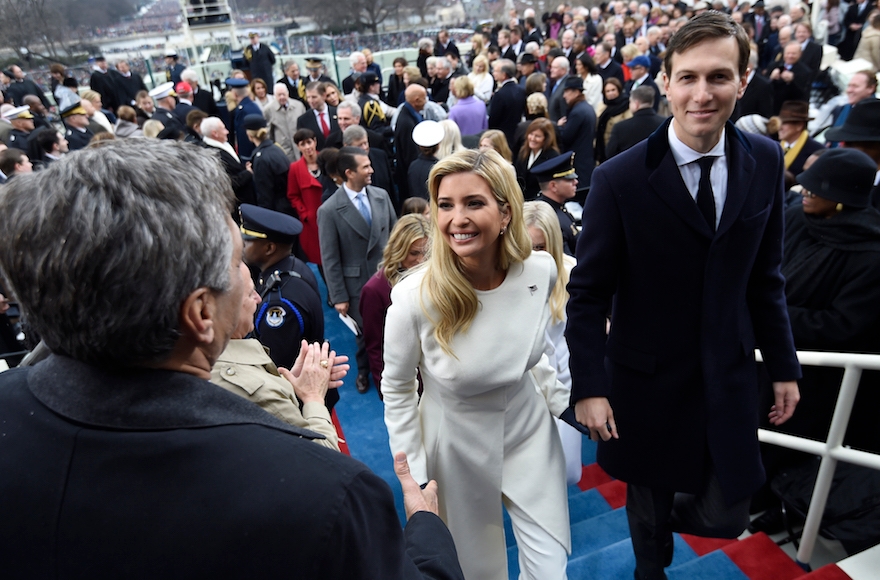 JERUSALEM (JTA) — Rabbi Haskel Lookstein, the prominent modern Orthodox rabbi who oversaw Ivanka Trump’s conversion to Judaism, said he did not give the first daughter and her husband, Jared Kushner, a dispensation to fly on Air Force One on Shabbat.

Lookstein told Isaac Herzog, leader of the opposition Zionist Union party, that it was “fake news” that he had given them permission to travel by plane Saturday for President Donald Trump’s first international trip, the Israeli daily Yediot Acharonot reported Sunday. Several Israeli newspapers picked up the report in advance of Trump’s arrival scheduled for Monday afternoon.

Lookstein also told Herzog, according to Yediot, that he had not been in contact with Ivanka Trump for several weeks. The couple moved to Washington, D.C., shortly after Donald Trump was elected, and both serve as official advisers to the president.

On Saturday, the couple also was seen traveling to meetings by car in Saudi Arabia.

A White House official said the couple, who are Orthodox Jews, received a rabbinical dispensation to join the president aboard Air Force One when he set off on his first overseas trip Friday, Politico reported that day. The report named neither the official nor the rabbi, nor did it say who obtained the dispensation or when.

Orthodox Jews observe a Sabbath prohibition on work, motorized travel and the switching on or off of any appliance that uses heat, electricity or fire. As a matter of consensus, the prohibitions do not apply to life-or-death situations or when violating the Shabbat has the potential to save human lives (and according to some decisors, the lives of certain animals under specific circumstances).

Ivanka Trump converted to Judaism in 2008 before her marriage to Kushner.

The couple reportedly also received rabbinic permission to travel in a car in January during the Trump inaugural festivities.