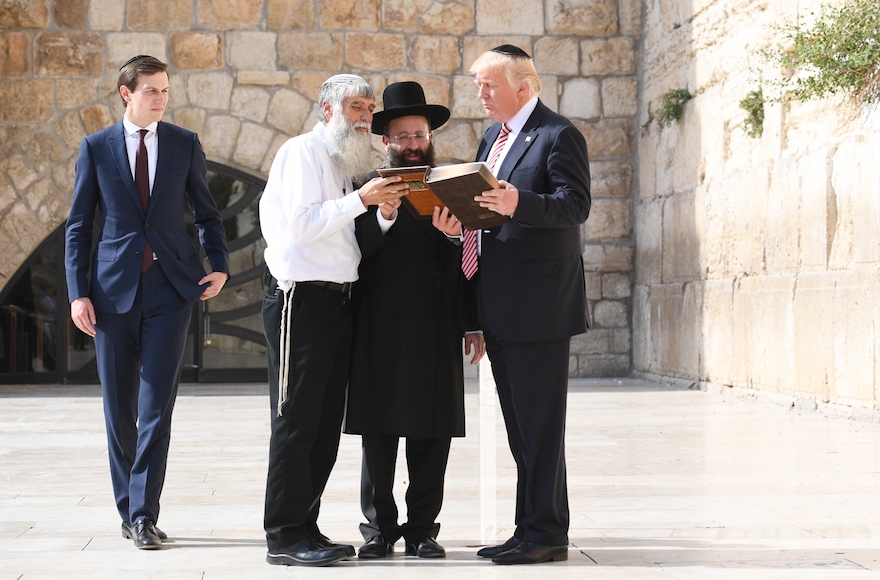 Trump arrived there under heavy security Monday afternoon with his wife, Melania, daughter Ivanka and son-in-law Jared Kushner. No Israeli politicians or officials accompanied the family. U.S. officials reportedly had rejected a request by Prime Minister Benjamin Netanyahu to visit the site with Trump.

Trump was presented with a Book of Psalms with his name printed on it by the rabbi of the Western Wall, Shmuel Rabinowitz. The inscription printed inside read: “This ancient book will safeguard you so you can safeguard the entire world. With appreciation and admiration for being the first United States president to visit the Western Wall.”

Following a brief description of the history of the wall, Trump went to the men’s side, with his daughter and wife heading to the women’s section. Trump, who wore a black kippah, stood in front of the wall with his hand resting on it for several moments before placing a note in its cracks and backing away. 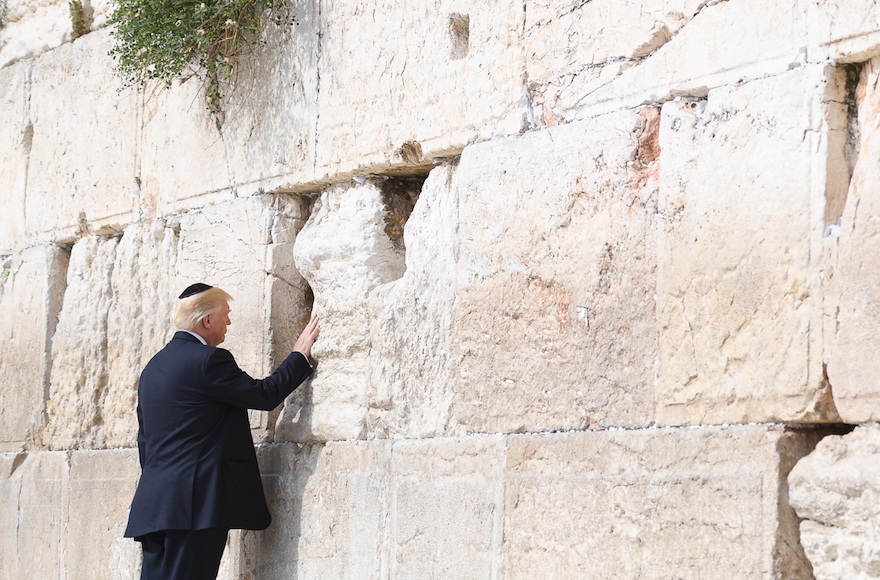 President Donald Trump at the Western Wall in Jerusalem, May 22, 2017. (Israel Bardugo)

In the guest book, Trump wrote “This was a great honor — Peace!”

The entire Western Wall plaza was closed off, with the area in front of the wall covered by cloths to allow the First Family to enjoy a private visit, except for the pool television cameras.

The Trump family walked to the wall from the Church of the Holy Sepulchre, one of the holiest sites in Christianity, which they visited first, arriving there on foot from the Jaffa Gate.

Most of the major streets in the Old City of Jerusalem were shut down for the visit, preventing storeowners from opening their businesses and tourists from visiting the sites.