Trump says he ‘never mentioned Israel’ in meeting with Russians 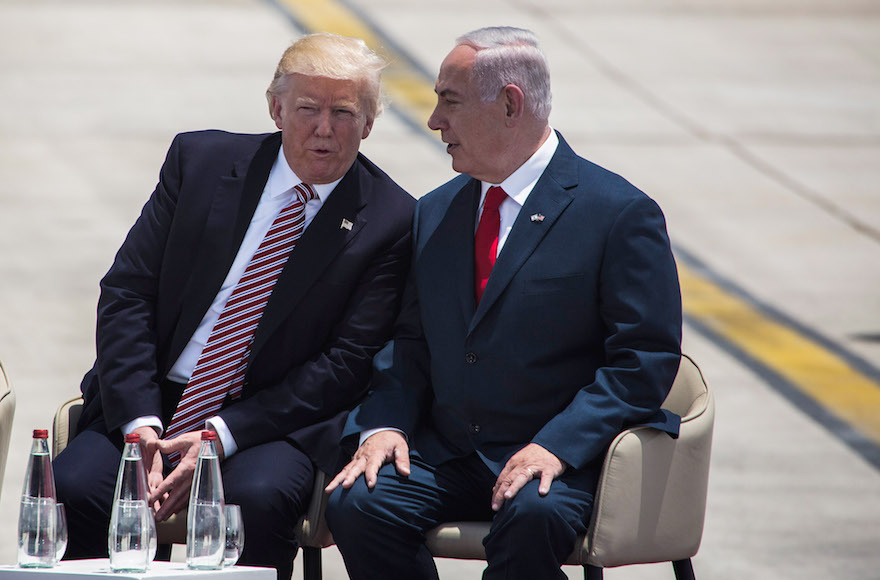 WASHINGTON (JTA) — President Donald Trump told reporters that he “never mentioned Israel” in a meeting with Russian government officials in which he was alleged to have revealed highly classified information.

“Just so you understand, I never mentioned the word or the name Israel,” Trump said to reporters Monday at a photo op with Israeli Prime Minister Benjamin Netanyahu at Jerusalem’s King David Hotel on the second leg of his first overseas trip as president. “Never mentioned it during the conversation, they’re all saying I did, so you had another story wrong. Never mentioned the word Israel.”

No one had alleged that Trump mentioned Israel in the meeting two weeks ago with the Russian foreign minister and ambassador in the Oval Office.

Reports last week said that Trump revealed details of intelligence on Islamic State that could compromise an ally that had shared the intelligence with the United States. The ally was later reported to have been Israel.

There was no reporting that Trump had revealed the source of the intelligence with the Russians. Instead, the concern was that the level of detail in Trump’s account could be used to deduce sources and methods.

It was not clear from video of the photo op what prompted Trump’s statement. Just before he brought up the information, Netanyahu said — apparently responding to a reporter — “The intelligence cooperation is terrific.”

There were concerns after last week’s revelations that Israel could limit its intelligence cooperation with the United States because of Trump’s alleged carelessness.