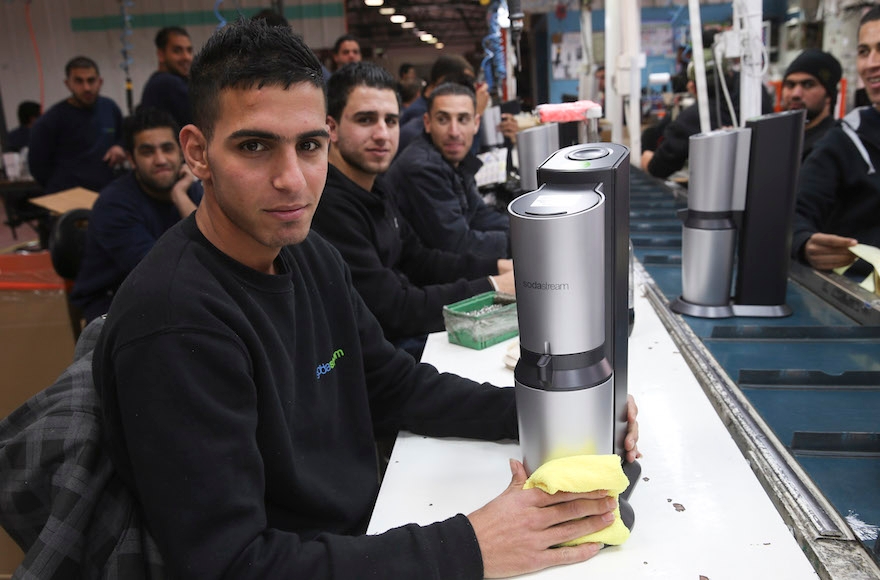 JERUSALEM (JTA) — Some 74 Palestinian employees of SodaStream, who lost their jobs when the company shut its West Bank plant in the face of international pressure, will return to work at its factory in southern Israel.

The employees’ work permits, which allowed them to enter Israel from the West Bank, expired in February 2016.

The Israeli government agreed to reinstate the permits after persistent requests from SodaStream and its CEO Daniel Birnbaum, The Jerusalem Post reported Sunday.

“We are delighted to welcome back our 74 devoted Palestinian employees, who are able to join their 1,500 friends at our Rahat facility in the Negev,” Birnbaum told the newspaper. “The Israeli government did the moral and honorable thing to grant work permits to our employees, who can now provide for their families and also prove that coexistence is possible.”

In October 2014, SodaStream announced it would close its factory in Maale Adumim and move to southern Israel in the face of pressure from the Boycott, Divestment and Sanctions movement, or BDS, which seeks to hurt Israel’s economy over its policies toward the Palestinians. The movement claimed that SodaStream discriminated against Palestinian workers and paid some less than Israeli workers.

Some 500 Palestinian employees lost their jobs at that time. Israel gave the remaining 74 employees permission to enter the country and continue to work for SodaStream until February 2016.

The company now has more than 1,400 employees in the Idan Hanegev industrial park near Rahat, one-third of them Bedouin Arabs from the surrounding area.

The Palestinian employees will have to leave for work at 4:30 a.m. in order to make the long commute and be there on time, but at least one told the Post that he does not care.

“SodaStream is our second home,” Ali Jafar, 42, told The Jerusalem Post on Sunday. “When you have the opportunity to return home, you return.”