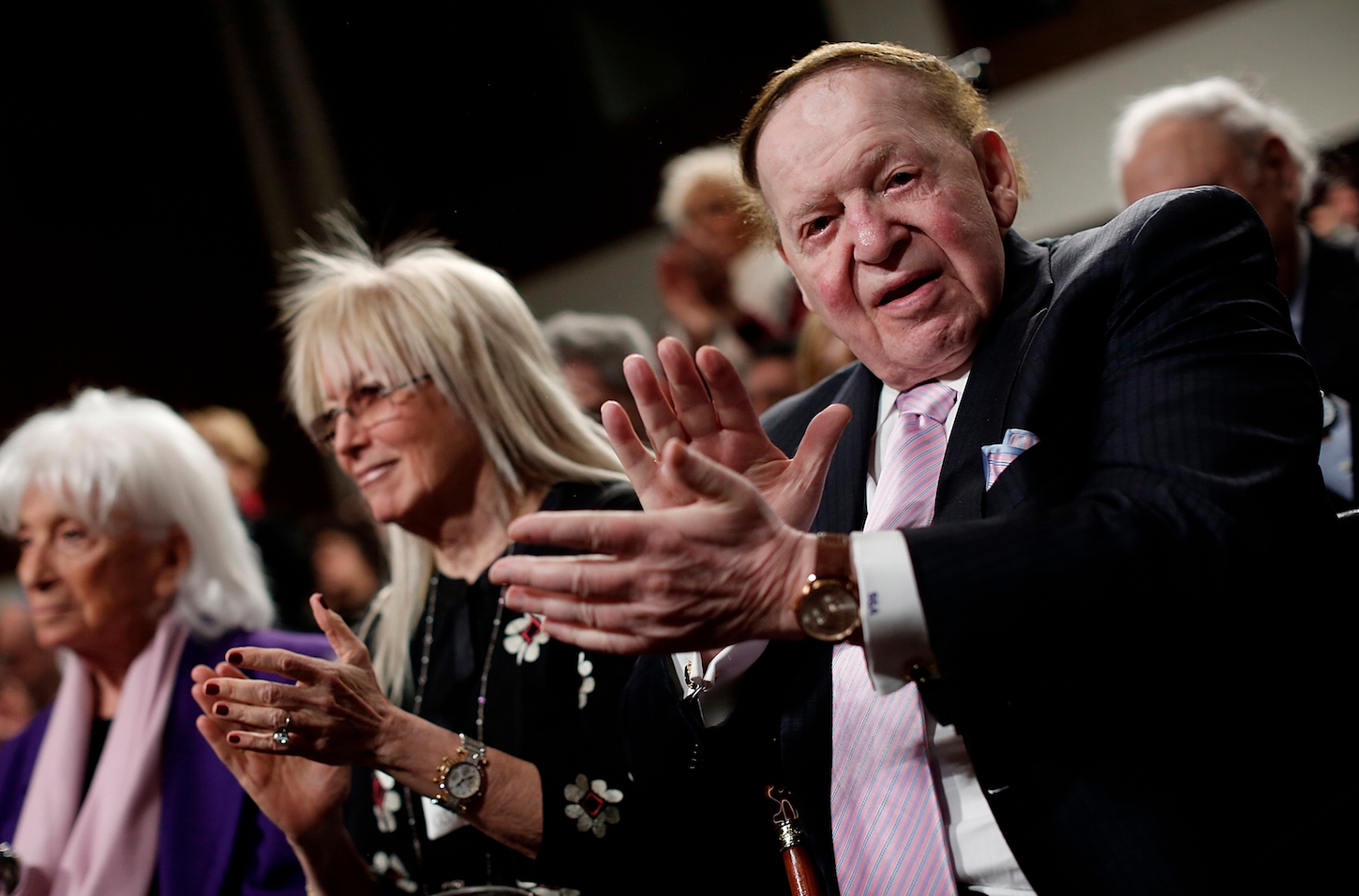 Sheldon Adelson, right, and his wife Miriam Adelson gave $40 million to the failed presidential candidacy of Newt Gingrich in 2012. The Adelsons have declined to support a Republican candidate so far in 2016. (Win McNamee/Getty Images)
Advertisement

Adelson was questioned Thursday at the headquarters of the Israel Police’s serious crime investigative unit in Lod. His wife, Miriam, also was expected to be questioned.

The couple came to Israel earlier this week in conjunction with President Donald Trump’s visit and remained. They reportedly had agreed to speak with police before arriving after being assured they were not suspected of wrongdoing.

Adelson, a casino magnate, is the owner of the pro-Netanyahu daily newspaper Israel Hayom, which is distributed for free. Part of the investigation includes accusations that Netanyahu and Arnon Mozes, publisher of the daily Yediot Acharanot, discussed a deal in which Netanyahu would receive favorable coverage in Yediot in exchange for legislation that would cut into the circulation of Adelson’s paper.

In recordings obtained by police of Netanyahu and Mozes discussing such a deal, they referred to Adelson as the “gingy,” or redhead. Investigators reportedly were expected to ask if Adelson was aware of the deal.

Adelson, a major giver to Republican candidates, endorsed Trump when it was clear the reality TV star and real estate magnate would be the party’s nominee. He subsequently donated tens of millions of dollars to the Trump election campaign, and later gave a record $5 million to fund inauguration celebrations.

Miriam Adelson reportedly deals with the couple’s Israeli affairs, including the newspaper. The couple is considered to be close friends of the Netanyahus.

Netanyahu also is being investigated for allegedly accepting expensive gifts from wealthy businessmen and supporters.