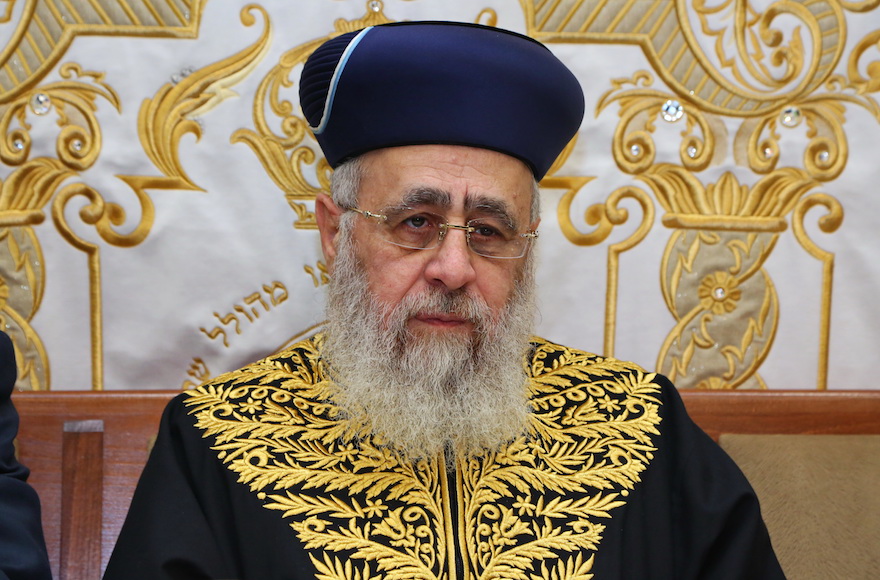 JERUSALEM (JTA) — The Sephardi chief rabbi of Israel appeared in a public sermon to compare women who wear immodest clothing to animals.

“If secular people knew how much we respected women, and all that we do to preserve women’s dignity: A woman is not an animal, you have to respect her honor. Dressing modestly is that honor,” Yosef said, according to Kikar Shabbat.

Yosef said that when he attended a state ceremony that included women singers, he removed his glasses so as not to see the women and then buried his nose in a small book he carried with him to show to those around him, including the prime minister and the president, that he was not listening.

“That’s what the soldiers should do. If the soldiers are somewhere that they are ordered to hear a woman’s voice — and what kind of strange order is that anyway?” he said  “Take off their glasses, put a book in front of their eyes, and show conspicuously that we’re not listening, that our mind is on Torah.”

Religious men are not permitted to hear the singing voice of a woman. It is an issue that has dogged the IDF and its relationship with its religious soldiers, who have been required to attend ceremonies that feature female singers.