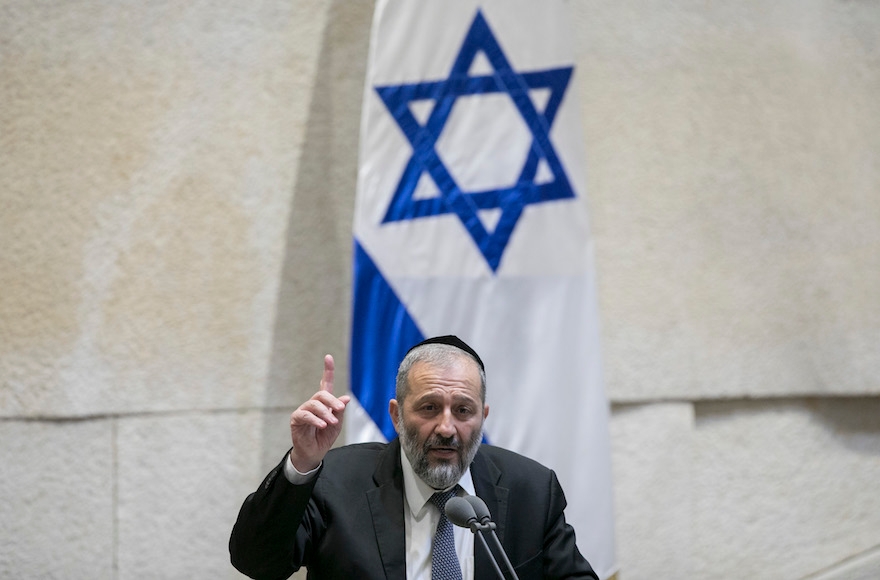 Deri, who also heads the haredi Orthodox Shas party, and wife Yaffa were questioned separately Monday as part of a Tax Authority probe into money laundering and false income and assets reporting. The case against Deri also could be broadened out to include bribery, according to the Ynet news website.

The suspects were detained in a joint operation of the Israel Police’s National Fraud Investigations Unit and the Tax Authority.

Among the incidents being investigated is a real estate deal in which Deri transferred assets to his brother Shlomo before Deri re-entered politics.

Deri became interior minister in January, more than two decades after resigning from the same position over corruption charges for which he was convicted and, in 2000, sentenced to three years in prison. He spent nearly two years behind bars.

“The Interior Minister has said from the beginning that he is willing to fully cooperate and answer all questions. He trusts the law enforcement system to do its job responsibly and properly,” said a statement released on Deri’s behalf.

Under his conviction for bribery, fraud and breach of trust, Deri was barred from public service in the political arena for seven years. He was reinstated as Shas chairman in 2013.