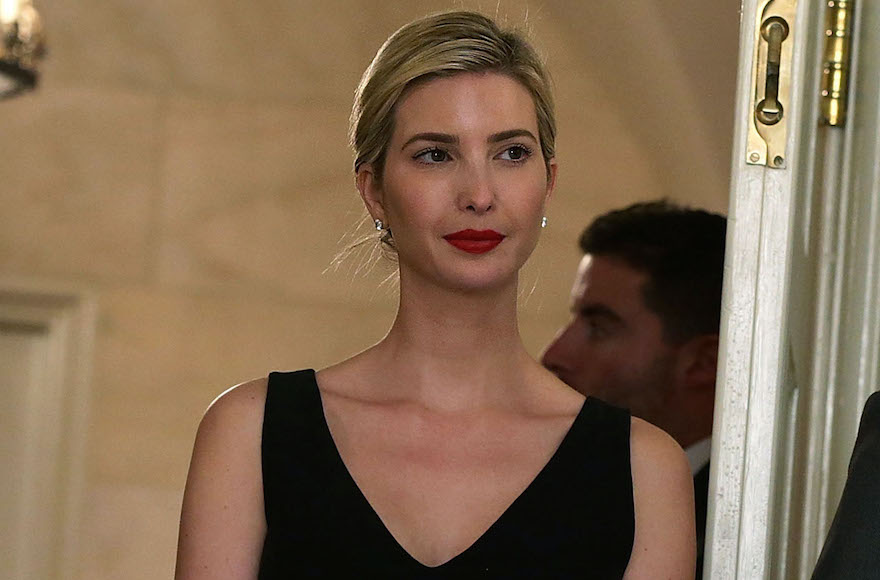 An article published Friday bears the headline “Ivanka Trump: America’s most powerful Jewish woman.” Authors Maeve Reston and Betsy Klein discuss Ivanka’s Jewishness (her Orthodox conversion, her trip to the Western Wall, yada yada yada) and posit that the president’s daughter is in a unique position to “guide a national conversation about the rising number of threats to Jewish community centers and places of worship.”

The piece, however, doesn’t offer much evidence to back up its headline.

Naturally, commentators on Twitter seized on the opportunity to critique the article and offer their own thoughts on the most powerful Jewish women in America. Federal Reserve head Janet Yellen as well as Supreme Court Justices Ruth Bader Ginsburg and Elena Kagan were frequently named.

Pretty sure both Ruth Bader Ginsburg & Elena Kagan have a vastly greater impact on the country than the face of a middlebrow lifestyle brand https://t.co/QirGEXeeT1

Fact check: Janet Yellen is far more powerful but people don't know this because she has a nerd job that takes lots of effort to understand. https://t.co/QlVp1eI4w7

Journalist Steve Goldstein even quickly wrote an opinion piece in MarketWatch with the headline “No, Ivanka Trump is not the most powerful Jewish woman in America.” His pick? Yellen.

“Federal Reserve Chairwoman Janet Yellen can, on certain days, be considered the most powerful person, male or female, Jewish or gentile, in the entire world,” Goldstein wrote. “The power of U.S. monetary policy can help create, or take away, millions of jobs and move billions of dollars around the globe, and the Fed chief usually holds sway over the policy-making Federal Open Market Committee, regardless of a dissent or two.”

Actor Zach Braff commented on CNN’s original tweet of the article, suggesting that “Wonder Woman” star Gal Gadot might actually be the most powerful Jewish woman in the U.S. (despite the fact that she’s Israeli and new to Los Angeles).

It has been a rough few days for Ivanka. After taking a break from Twitter during Shavuot, she logged back on Thursday night to mark LGBTQ Pride Month — and was swiftly condemned by gay rights advocates for being “complicit” in the anti-gay policies of the Trump administration.