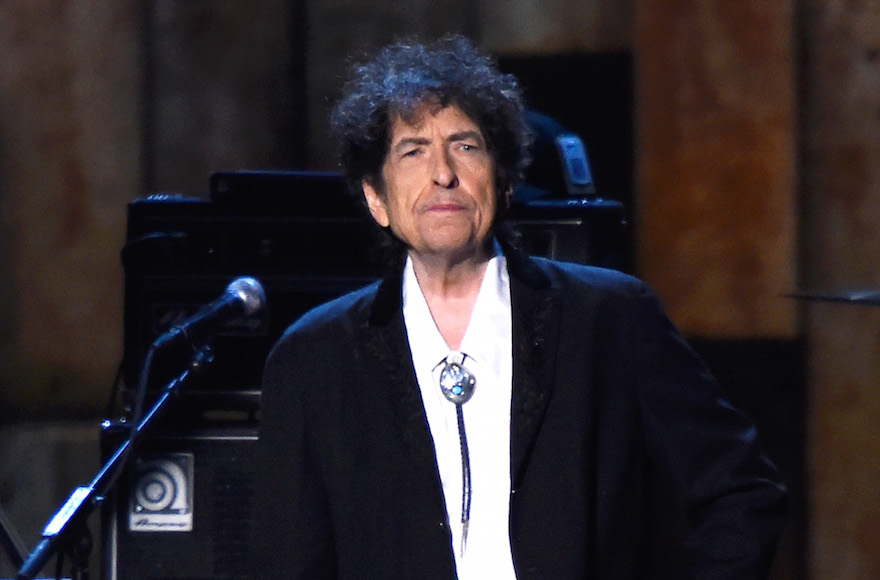 Bob Dylan at a gala in his honor at the Los Angeles Convention Center, Feb. 6, 2015. (Frazer Harrison/Getty Images)
Advertisement

(JTA) — Bob Dylan waited over six months after winning the Nobel Prize in Literature to give a lecture to the Nobel’s Swedish Academy — a requirement of receiving the award. But his talk does not disappoint.

The academy released Dylan’s nearly half-hour lecture in full on Monday. In it, the Jewish folk rocker dissects three of the many works of literature that have informed his view of the world over the years: “Moby Dick,” “All Quiet on the Western Front” and “The Odyssey.” The whole thing is delivered in vintage Dylan rasp over a backing soundtrack of soft piano music — in other words, it should be immensely satisfying to most Dylan fans.