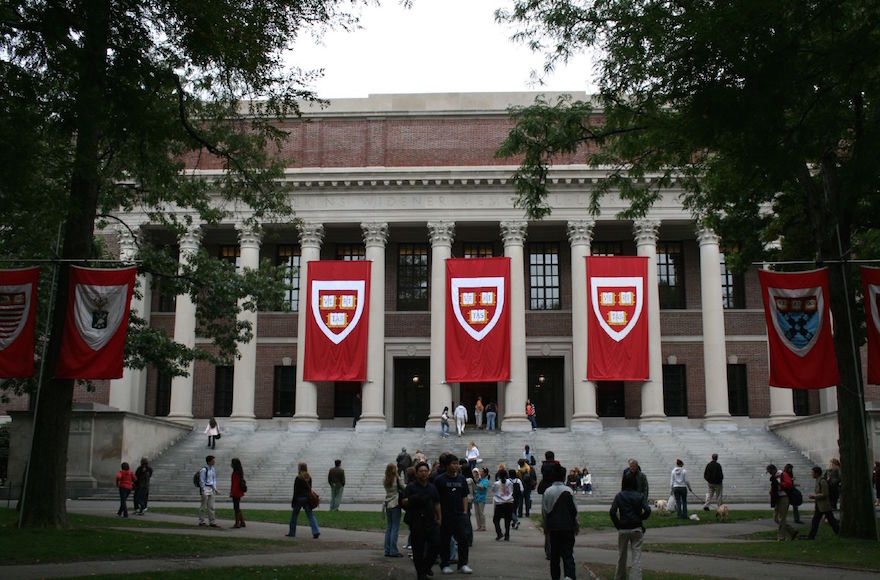 The messages reportedly mocked the Holocaust, sexual assault and domestic terrorism, among other topics.

“Punishing students academically for their political views or their personal values is a serious mistake,” Dershowitz, who had not seen the messages before he was interviewed, told the Boston Globe.  “These actions are not consistent with the spirit of the First Amendment.”

“Judging other people’s humor, even in the worst taste, just strikes me as somewhat dangerous,” he said, suggesting that it might have been better to require the admitted students to discuss the matter with an adviser.

The rescinded admissions were first reported by the university’s student newspaper, The Crimson.

Harvard administrators revoked admissions offers to at least ten participants in mid-April after discovering the existence of the group. The university did not respond to requests from The Crimson or the Globe to comment on the issue.

The admissions office sent emails to the students in the group requiring them to submit for review every photo they posted to the group, The Crimson reported, citing an unnamed student whose admission was revoked.

“The Admissions Committee was disappointed to learn that several students in a private group chat for the Class of 2021 were sending messages that contained offensive messages and graphics,” reads a copy of the Admissions Office’s email obtained by The Crimson. “As we understand you were among the members contributing such material to this chat, we are asking that you submit a statement by tomorrow at noon to explain your contributions and actions for discussion with the Admissions Committee.”

The website The Tab published several of the items, including one mocking the Holocaust, “to give full context to the administration’s decision to rescind the students’ offers.”