Israeli support for gay marriage is at an all-time high 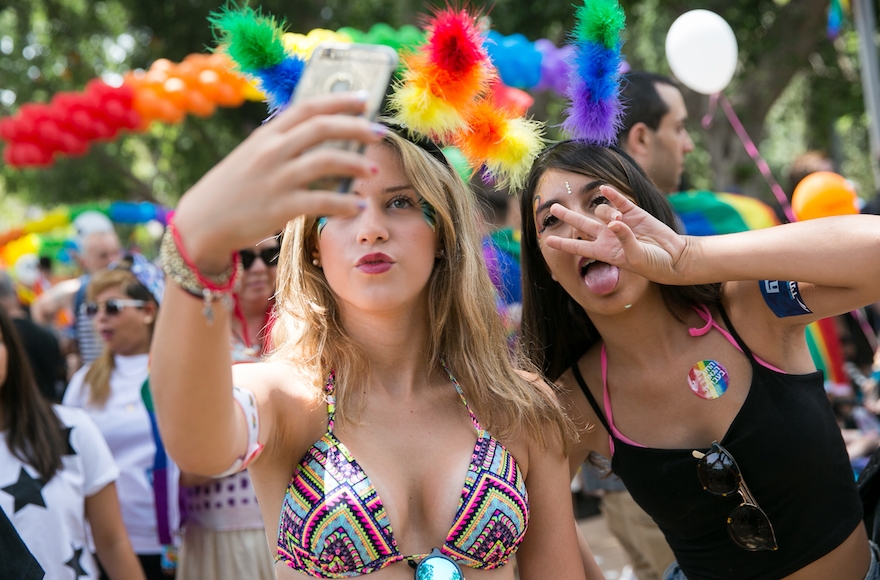 According to Hiddush, the religious pluralism group that commissioned the poll released Thursday, public support for allowing gay couples to marry in Israel has reached an all-time high. The group found 76 percent support last year, and just 53 percent in 2009.

The Rafi Smith Polling Institute conducted the poll of 500 Israeli Jewish adults on June 5 and 6, asking, “Do you think same-sex couples should be permitted to marry or have civil unions in Israel?” The margin of error is 4.5 percent.

As in past years, support for the proposition was found to be inversely related to religious observance and right-wing political views. Some 92 percent of secular Jews and 100 percent of voters for the left-wing Meretz and center left Zionist Union parties said they support same-sex marriage, compared to zero percent of haredi Orthodox Jews and a 65 percent of voters for the pro-settlement Jewish Home party.
However, in the middle of the political and religious spectrums, same-sex marriage won the backing of large majorities. Some 90 percent of “traditional, not close to religion” Israelis and 77 percent of “traditional, close to religion” Israelis supported the idea; as did 90 percent of voters for the center-right Kulanu party, 84 percent for the ruling right-wing Likud party and 83 percent for the hawkish Yisrael Beiteinu party.
Even among religious Zionists, who generally vote right wing, a plurality — 47 percent — backed gay marriage. That’s despite recent disparaging remarks by prominent members of the religious community.
For example, last July, Rabbi Yigal Levinstein, who runs a pre-military academy in the Eli West Bank settlement, complained that Israeli soldiers were taught to respect gay men, whom he referred to as deviants. In 2015, Jewish Home lawmaker Bezalel Smotrich called himself a “proud homophobe.”
Later that year, a haredi Orthodox man went on a stabbing spree at the Jerusalem Pride March, killing 16-year-old Shira Banki and wounding five others.
There is no gay marriage in Israel. In a system that dates back to Ottoman rule of Palestine, Israelis marry through their own state-sanctioned and publicly funded religious legal systems. For Jews, that means going to the Orthodox Jewish Chief Rabbinate, which has become increasingly unpopular. The state recognizes gay marriages and civil unions performed abroad.
In a statement accompanying the poll, Hiddush director Rabbi Uri Regev criticized the government for being increasingly out of touch with public opinion. He blamed deference to haredi Orthodox parties, which have historically wielded disproportionate clout in Israel’s parliamentary system.

“The gulf between the Israeli public will and the government’s policies is widening,” Regev said.“While the Jewish public is increasingly open and supportive of the realization of individual freedoms in the spirit of Israel’s Declaration of Independence, which promised freedom of religion and conscience for all, the Israeli government coalition kowtows to the ultra-Orthodox political parties, perpetuating state-enforced religious coercion and infringement of civil rights and human dignity in Israel.

According to Hiddush, there are some 284,000 gay people in the country, who cannot marry due to the lack of civil marriage or state recognition for gay marriage.