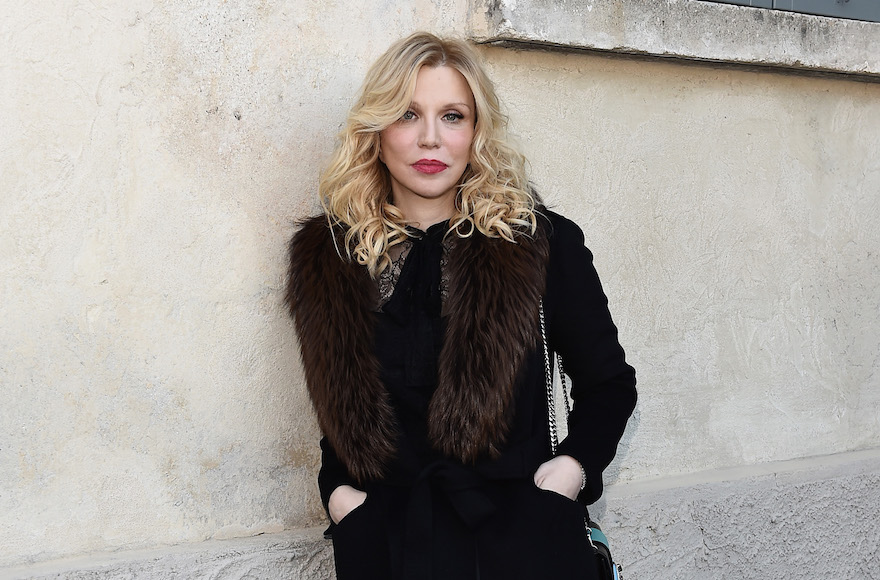 “I won’t follow anything thats being led by an anti-Semetic[sic] terrorist that’s using feminism as a tool to promote her radicalism,” the controversial musician, who is known for fronting the 90s band Hole and being married to late Nirvana singer Kurt Cobain, said Wednesday during a Twitter exchange with Sarsour.

unfollowed. I won't follow anything thats being led by an anti-Semetic terrorist that's using feminism as a tool to promote her radicalism

Love was responding to Sarsour’s online campaign to raise money for a Muslim woman whom she claimed was a victim of a hate crime. On her fundraiser page, Sarsour, who is also Muslim, wrote that Rahma Warsame was “brutally beaten by a white man as she came to the defense of another sister.” The Council On American Islamic Relations has reportedly asked that the incident be investigated as a hate crime.

However, the Columbus Police Department said there is not enough evidence to support calling the incident a hate crime.

“There is no evidence at this time suggesting the incident involved any type of bias which would constitute the incident being investigated as a hate crime,” the department said Tuesday.

Love, who was married to late rocker Kurt Cobain, tweeted that Sarsour was a “criminal” for “collecting funds on a made-up hate crime,” and urged her followers to “research more about her ripping people off of thousands for a story that’s not true.”

“You’re a vile disgrace to women and all mankind,” Love also tweeted.

You're a vile disgrace to women and all mankind @lsarsour

Welcome to America where a white woman "celebrity" uses her platform to deny that a Black immigrant Muslim woman was brutally assaulted.

Sarsour is known as a leader of popular opposition to President Trump and an anti-Israel activist. The City University of New York received waves of criticism for inviting her to speak to graduating students last week. She received a standing ovation at CUNY for telling students to commit to demanding change, the Associated Press reported.

Dov Hikind, a Democratic Jewish state Assemblyman, who spoke at a May 25 rally opposing her speaking role, said having Sarsour speak at the event was tantamount to “giving a podium to promoters of violence.”

Sarsour, executive director of the Arab American Association of New York, in 2014 posted on Twitter a picture of a Palestinian throwing a rock, presumably at Israelis. She wrote that the photo was the “definition of courage.” She has endorsed the movement to boycott Israel and has come out in support for a one-state solution to the Israeli-Palestinian conflict – a position that critics of that prospect say equals the end of Israel’s existence as a Jewish state.

She has also been criticized for saying in a March interview that one cannot be both a feminist and a Zionist.

Nonetheless, Sarsour earlier this year raised $100,000 for the restoration of a Jewish cemetery where headstones were damaged as a result of vandalism and has also received support from some American Jews.

On Thursday, 130 prominent left-leaning Jewish activists signed a letter saying that Hikind has falsely accused Sarsour of supporting terrorists and of anti-Semitism, spurring “a wave of harassment directed against Sarsour,” including threats.

Among the co-signatories were Jeremy Ben-Ami, the head of the J Street dovish lobby group on the Palestinian-Israeli conflict; Naomi Klein, a journalist and author advocating a blanket boycott of Israel; Mark Hetfield, president of HIAS, the Jewish immigration agency, and dozens of rabbis.