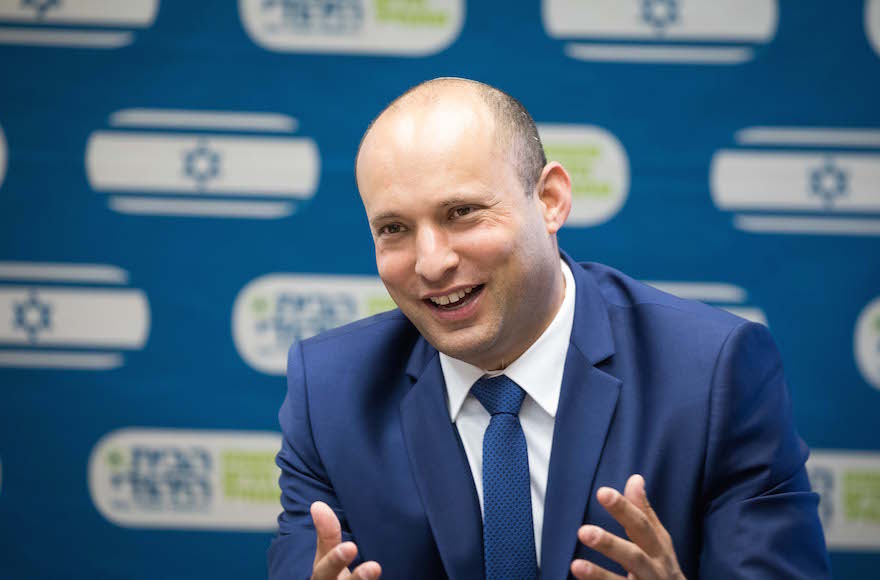 Naftali Bennett, the architect of a new policy that could ban political opinions in classrooms, at a Knesset meeting in Jerusalem, June 12, 2017. (Yonatan Sindel/Flash90)
Advertisement

JERUSALEM (JTA) – Israel’s minister of education says he wants to protect students from political coercion in the classroom. But critics of a new code of academic conduct he is proposing say it’s a power play meant to stifle left-wing opinions in higher education.

The code of ethics for institutes of higher education, which would bar the expression of political views in classrooms, was drafted at the request of Education Minister Naftali Bennett, head of the pro-settler Jewish Home party. It has roiled the Israeli academy and spurred a fierce national debate about the role of politics in the classroom.

The chiefs of Israel’s universities have rejected the code. In a statement Sunday, the Committee of University Heads said it “severely and fundamentally violates the concept of academic freedom.”

“A careful study of the code shows that although it is defined as an ‘ethical code for appropriate behavior in the areas of overlap between academic activity and political activity,’ many of its articles deal with general activities in academic research and lectures,” the statement said. “As such, this code is a collection of state rules to dictate our conduct as faculty members.”

Academics and politicians widely criticized the code, which has yet to be made policy, with some characterizing it as part of a wave of undemocratic actions by the current right-wing government. But a number of right-wing voices on campus praised it as a solution to the politicization of academia, which is widely seen as left-leaning.

At the weekly Cabinet meeting in Jerusalem on Sunday, Bennett said the code would help protect students’ freedom of speech.

“Today, we are working to prevent the silencing of voices in academia, to prevent a situation in which a student can be hurt because of his political opinions and a lecturer who gets wages from taxpayers can put out a call for an academic boycott,” he said.

Asa Kasher, an Israel Prize-winning philosopher at Tel Aviv University who wrote the initial version of the Israeli army’s code of ethics, drafted the new code at Bennett’s request.

The document addresses a variety of topics. But critics have been most troubled by the limitations it would impose on how lecturers talk about politics on the job — prohibiting opining on political candidates, parties or “a recognized public dispute,” a broad phrase that could be applied to many issues in Israel.

The code also would prohibit lecturers from calling for or supporting academic boycotts against Israeli educational institutions — a tactic used by pro-Palestinian activists around the world. Academic institutions are encouraged to establish a unit to “monitor political activity on campus” and field complaints about lecturers from students. Lecturers found to be speaking inappropriately about politics could be disciplined. 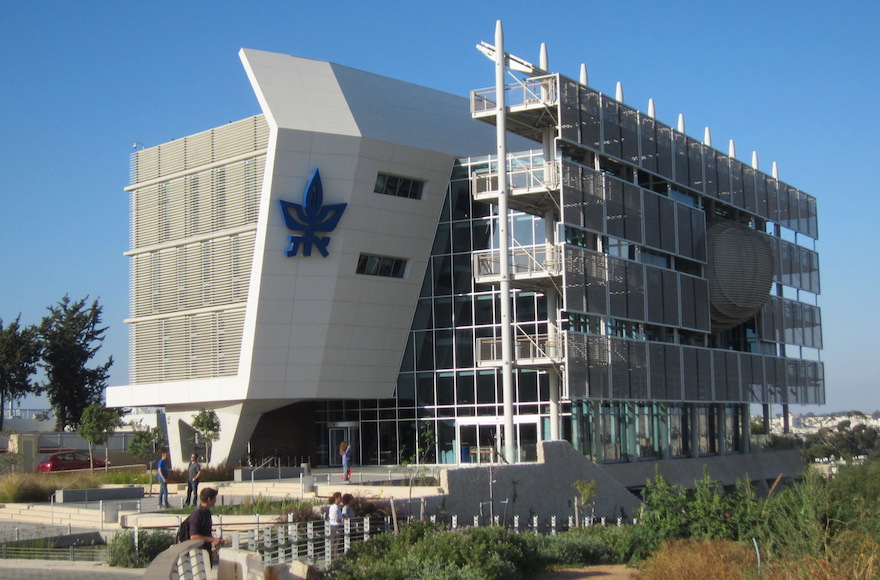 Bennett plans to bring the code for approval to the Council for Higher Education, the state body for making higher education policy that he heads. But Israeli daily Haaretz reported Monday that the necessary majority did not plan to vote in favor.

As a leading voice of the right, Bennett has been accused of attempting to strengthen right-wing views in education. Israel’s current government has sought to reshape various Israeli institutions in its image, leading some to accuse it of undermining democratic values.

Israeli President Reuven Rivlin appeared to condemn the code of ethics, and perhaps other recent government actions, in a speech Sunday at the Knesset in Jerusalem.

“The freedom to express a different opinion, different thought, requires protection,” he said. “The voices of the minority are essential to scientific research, to art and the humanities and social sciences.”

At Sunday’s Cabinet meeting, Prime Minister Benjamin Netanyahu said he was considering legislation that would limit the ability of left-wing advocacy groups to appeal to the High Court of Justice — a prominent bugbear of the right. Earlier this month, Culture Minister Miri Regev threatened to defund a major arts festival for including nudity, which she said threatened Israeli values. And since May, Justice Minister Ayelet Shaked has held up the appointment of a new Supreme Court president in a reported bid for greater influence over other nominees to the bench.

In an interview Sunday with the Israeli newspaper Yediot Acharonot, Tel Aviv University President Yossi Klafter, the chair of the Committee of University Heads, called the new code of ethics “fundamentally wrong and driven by political interests.” Klafter said it would be “used by interest groups to clash with academic faculty members on a daily basis.”

Politicians from the left and center-left sought to portray the code as part of a larger anti-democratic trend. In a Facebook post Sunday, Zionist Union lawmaker Erel Margalit said it simply aimed to “silence voices and make lecturers afraid.”

“No one believes this document is aimed at improving the academy or benefiting students,” he said. “This is a struggle not just for academic freedom but for freedom in general.”

Zehava Galon, who heads the left-wing Meretz party, tweeted Sunday that it is a “Bolshevik code that undermines education for democracy and pluralism.”

Kasher dismissed much of the criticism that his code is political. He said he was inspired in part by policies of the Association of American University Professors, or AAUP, which has long maintained that teachers “are entitled to freedom in the classroom in discussing their subject, but they should be careful not to introduce into their teaching controversial matter which has no relation to their subject.”

However, AAUP is a professional group, not a state one. In addition, it supports political activism by faculty outside the classroom, and discussion of controversial material in the classroom, so long as it fosters “genuine debate and learning that is germane to the subject matter of a course.”

One university head who was not included in the statement issued by his eight counterparts is defending the draft code.

Yigal Cohen Orgad, a former Knesset member from the right-wing Herut party and the chancellor of Ariel University in the West Bank, has not been accepted as a member of the Committee of University Heads. The committee publicly opposed Ariel’s successful but controversial bid in 2012 to be upgraded from a college to a university.

“By any logical standard, there is a place for such a guiding code of ethics that guides proper behavior,” he told JTA on Monday. “You can be in deep dispute about whether Ariel should exist or not, if Hebrew University has the right to exist despite the fact that some of its dormitories are on private [Palestinian] land. But it’s not legitimate for an Israeli scholar to go abroad and preach for people to boycott an Israeli university.”

Elisha Haas, who runs the biophysics program at Bar-Ilan University near Tel Aviv, from which Ariel broke off in 2005, questioned whether many critics had even read the code. He said the proposed policies were reasonable steps to ensure that students felt comfortable and were treated fairly in their classes, especially given Israel’s unique circumstances.

“Israel is a small system, and small systems by definition have many more fluctuations and extremes. We need to make sure it doesn’t jump from one extreme to another,” he told JTA. “Also, Israel is the only country in the world that people think should not exist, that it’s existence is not justified, and people teach this concept, which is a problem Israel should not tolerate.”

For their part, university students have rallied against the code.

The National Union of Israeli Students threatened to organize a strike if the code was implemented, and already this week, student protests are being held on at least three university campuses. An invitation for protest at Hebrew University read, “Bennett is pushing for silencing of lecturers in academia under the guise of an ethical code. We say no to silencing, yes to academic freedom. We can’t allow for a situation in which a lecturer is unable to express his opinion, or the university is subjugated to the whims of politicians.”

But the right-wing student group Im Tirtzu said the code would restore “sanity to Israeli academia.”

“The ethical code compiled by Professor Asa Kasher is a correct and appropriate step toward the goal of ending politicization in academia,” Matan Peleg, the head of the group, said Monday in a statement.