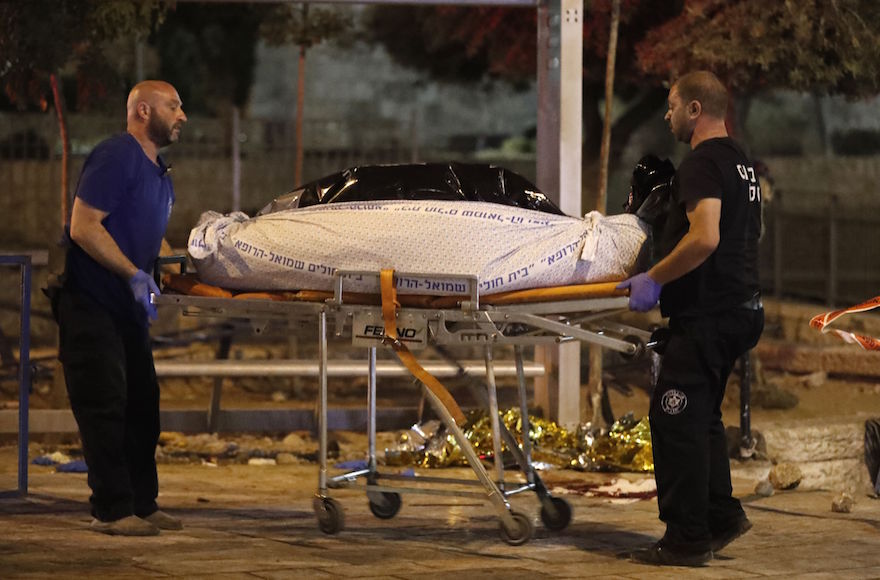 (JTA) — An Israeli policewoman died after being critically injured in a stabbing attack in Jerusalem’s Old City.

Two assailants attacked a group of officers with knives on Friday at the Damascus Gate, The Times of Israel reported. Both were shot and killed. One of the attackers reportedly was holding a gun, but it jammed.

The injured officer, named as 23-year-old Hadas Malka by police spokesman Micky Rosenfeld, died from her wounds after being taken to Hadassah Hospital’s Mount Scopus campus.

Simultaneously, at least one assailant was killed after attacking passers-by at the nearby Zedekiah’s Cave. Two people were injured in the attack, according to The Times of Israel.