After realizing 45-year dream of aliyah, couple is surprised by what they find 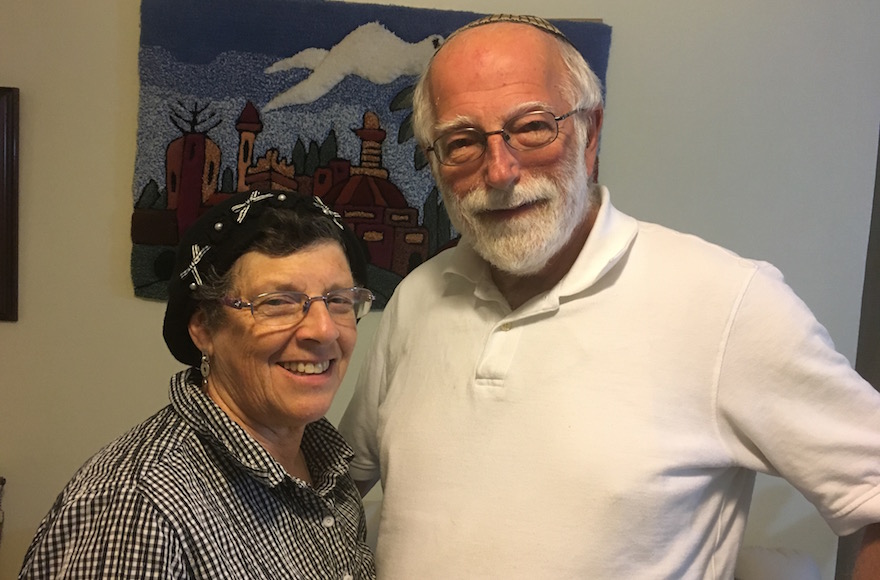 Linda and Joel Zacks decided in 1968 that they wanted to move to Israel. It took another 45 years, and six of seven children moving there, before they finally immigrated. (Yardena Schwartz)
Advertisement

JERUSALEM — When Joel Zacks and Linda Ginns each first visited Israel, on separate pre-college tours, they fell in love with the country.

It was 1968, they were both 18 and had yet to meet. They returned to America, met during freshman orientation at Yeshiva University and fell in love again – this time, with each other. When they married in 1970, they planned to immigrate to Israel.

They settled in Detroit and raised their seven children there. But love for Israel ran strong in the Zacks household, and six of their seven children made aliyah. After 45 years, their parents finally decided to follow them, making the move in 2013. Today, 18 of the Zacks’ 23 grandchildren live in Israel.

“We made aliyah on Yom Haatzmaut,” Linda said. A daughter who had made the move from New York several years earlier jokes that on Independence Day now, all of Israel celebrates her parents’ move.

Sitting with Joel on their balcony during a recent interview, Linda watched the sun set over the Armon Hanatziv neighborhood of Jerusalem.

“One of the things that brought us together was our love of Israel,” Linda said as she surveyed the view.

But as the Zackses settled down, the couple was concerned that they wouldn’t be able to make a living in Israel. A successful ophthalmologist, Joel had been warned by several people that in Israel he would earn only a fraction of what he was making in Detroit. He recalled meeting one doctor in Israel making the equivalent of $10 an hour.

“There’s this perception that as a doctor you can’t make a living here, and we had a family,” Joel said.

In Detroit, he did house calls — something Joel was told would not work in Israel. On top of the financial risk was the bureaucratic aggravation he had heard accompanied aliyah.

So they waited until they neared retirement age. Then the unexpected happened: Within a month of arriving in Israel, Joel got a job that paid just as much as he was earning in the United States.

“I was shocked,” he said, adding that the bureaucracy was “far easier than I was made to believe.”

One thing that helped, the couple said, was assistance from Nefesh B’Nefesh, the organization that manages aliyah from North America. Aside from assisting with the Zacks’ aliyah processing, Nefesh B’Nefesh helped Joel obtain his medical license within a month of his arrival. He immediately started asking around how he could do house calls, and soon someone at one of Israel’s primary health care providers, Leumit, heard about him.

Suddenly Joel had a job at Leumit, which hired him to be a visiting ophthalmologist treating patients in clinics throughout the West Bank that lack the expensive eye equipment he brings with him on his visits.

Linda said that a Nefesh B’Nefesh representative named Miriam called them every month during their first year in Israel to check in and see how they were doing.

“I always knew that if I needed anything, they would help,” Linda said. 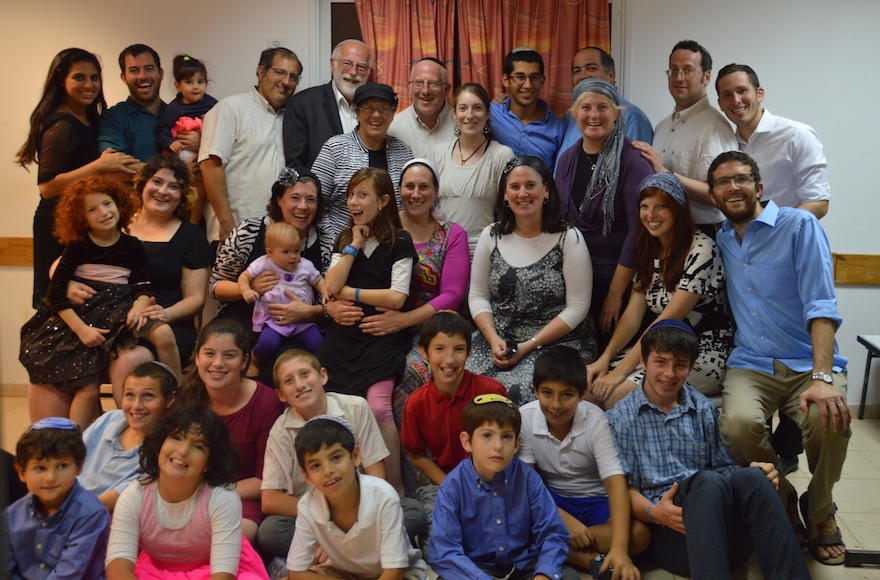 The growing Zacks clan in Israel now includes the parents, six of their seven children and their spouses, and 18 grandchildren. (Courtesy of the Zacks family)

Among the benefits the Zacks received upon moving to Israel was free ulpan — intensive Hebrew classes. Linda studied for a full year and now speaks fluent Hebrew. Joel chose instead to do a two-week crash course.

“I can get along fine without Hebrew,” Joel said, though he wishes he were fluent. “I’m very proficient in eye exam vocabulary, but not much outside of that.”

The couple’s oldest son, Arye, 43, who made aliyah in 2006 with his wife and three children, the oldest of whom is now finishing up his military service in the Israeli Navy, said it was never a given that one day almost his entire family would move to Israel.

“It just kind of happened over time,” he said. First his younger brother came, then his sister and then another brother.

“Seeing my brother living here, it seemed very similar to life in the States,” said Arye, who lives in Modiin, a suburb between Jerusalem and Tel Aviv. Back in the U.S., he said, “we were sending our kids to a Zionist school, and it kind of seemed silly to do that when we had the opportunity to live here.”

Though almost the entire Zacks clan now lives in this small country the size of New Jersey, it’s not easy for everyone to get together. With 18 grandchildren and six sets of parents plus Joel and Linda – 32 people in all — it’s almost a military operation.

“We live all over the country, and there are many of us, so getting all together can be tough and expensive,” Arye said.

They usually pick one Shabbat a year for a big family gathering. The next reunion is planned for September, when one of the grandkids has his bar mitzvah.

Arye, unlike his father, didn’t worry about making money in Israel. Leaving his job in advertising in Detroit, he felt confident that he would land on his feet in his new home.

“I think we had 24 shekels in the bank when I got my first job here,” said Arye, who now manages social media for the software maker AmDocs. His wife is a writer, and the couple is earning about what they made in Detroit, he said.

These days, Linda and Joel Zacks are mostly retired. Joel, who was working full time when they first immigrated, recently transitioned to part time and now spends most mornings attending Jewish religious classes.

Linda is an artist practicing calligraphy, photography and graphic art. She’s also become interested in paper cutting thanks to a weekly class in Jerusalem. But Linda spends most of her time with her children and grandchildren, whom she sees several times a week. She also has immersed in communal life, taking Hebrew and Jewish classes and serving on the board of their local synagogue, a Young Israel that is home to many other American immigrants.

Four years since making aliyah, the thrill of living in Jerusalem and seeing the Old City still feels fresh.

“We should have come 40 years ago,” Joel added wistfully.