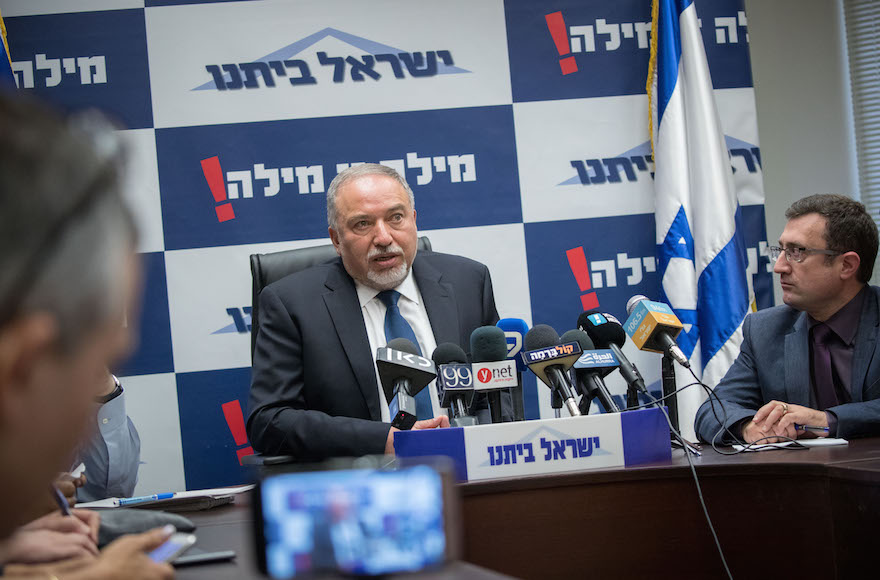 Voices from across the political spectrum, including members of the governing coalition, criticized the vote by the Cabinet as a reckless affront to American Jewry. They warned it could weaken the community’s support for Israel.

“Canceling the deal constitutes a severe blow to the unity of the Jewish people and communities as well as the relationship between Israel and Diaspora Jewry,” Defense Minister Avigdor Liberman said in a statement.

However, as in the past, such concerns were not enough to affect policy: An overwhelming majority of the Cabinet voted in favor of freezing the plan. Amid the outcry, haredi Orthodox politicians celebrated another success in preserving the powers and privileges granted to their community by the state.

When Israel approved the Western Wall plan in January 2016, it was widely hailed as a historic compromise between non-Orthodox and Orthodox Jews. The Reform and Conservative Jewish movements, the multi-denominational Women of the Wall prayer group and the haredi Western Wall rabbi negotiated the plan over several years.

They agreed to significantly upgrade the egalitarian prayer space at the southern end of the Western Wall plaza and allow leaders of the Reform and Conservative Jewish movements to manage it. In exchange, the Western Wall Heritage Foundation would maintain control of the main prayer section. Women of the Wall, which for nearly two decades has protested limitations on prayer rites in the women’s section of the familiar Western Wall plaza, would move to the expanded space, known as Robinson’s Arch.

But when the plan was made public, haredi leaders decried the concessions to what they saw as illegitimate forms of Judaism, and Rabbi Shmuel Rabinowitz, who heads the Heritage Foundation, quickly withdrew his support. The haredi political parties have since pushed the government to scrap the plan entirely, which it came just short of doing Sunday.

Among the Cabinet ministers, only Liberman, the head of the hawkish Yisrael Beinteinu party, and Energy Minister Yuval Steinitz, a member of the ruling Likud, voted against the freeze. In announcing the decision, Prime Minister Benjamin Netanyahu said he had appointed Likud Minister Tzachi Hanegbi and Cabinet Secretary Tzachi Braverman to draft a new plan for the site. He said construction on the pluralistic prayer section would continue uninterrupted.

Rabbi Rick Jacobs, the head of the Reform movement and a vocal advocate of the plan, called the government’s decision an “unconscionable insult to the majority of world Jewry.”

“The stranglehold that the Chief Rabbinate and the ultra-Orthodox parties have on Israel and the enfranchisement of the majority of Jews in Israel and the world must – and will – be ended,” he said Sunday in a statement. “We are assessing all next steps.”

Tzipi Livni, a prominent lawmaker in the opposition Zionist Union political coalition, took to Facebook to explain why Israeli Jews should be concerned about the feelings of their American counterparts when it comes to prayer at the Western Wall and a new bill that would require the state to recognize only conversions completed under the auspices of the haredi-dominated Chief Rabbinate.

“Why do we care about Jewish Israelis from the Western Wall and the Conversion Law? Because it is important to us that Israel remain the state of the Jewish people and that Judaism be what connects us — and not what divides us,” Livni said Sunday in a post.

“The cancellation of the Western Wall arrangement and the new conversion law tear the Jewish people apart. The prime minister of the Jewish people divides them for the purpose of political survival, and gives the ultra-Orthodox parties a monopoly over the Judaism of all of us.”

Shuki Friedman, the head of religion and state research at the Israel Democracy Institute think tank in Jerusalem, said many Israelis resent the influence that haredi leaders exert over state institutions. But, he said, most people do not prioritize issues of religion and state, nor do they embrace liberal forms of Judaism.

“Unfortunately, this isn’t something that will shake up Israeli politics. The storm is mostly in the media,” Friedman told JTA. “Generally speaking, the Reform and Conservative movements have failed in Israel, and the public isn’t really concerned about them. Therefore, mainstream politicians aren’t going to challenge the haredim on an issue like the Western Wall. ”

Friedman noted that while religion and state issues may be headline-makers in the foreign Jewish press, that is not so much the case in Israel. A recent study by his think tank found that they were not among the top 20 topics covered by the Israeli media in 2016. And the freeze of the Western Wall plan was not top news in Israeli newspapers this week.

Meanwhile, he said, the haredi political parties have an almost singular focus on protecting their narrow interests. That makes them useful to forming and maintaining governing coalitions, but at the cost of accommodating those interests.

“This decision sends a clear message to the entire world that Reform Judaism has no access to or recognition at the Western Wall,” he said Sunday in a statement. “I thank the rabbi of the Western Wall, Shmuel Rabinowitz, and the chief rabbis of Israel. To their merit we were able to sanctify God’s name.”

Also Sunday, government ministers approved a bill that would require the state to recognize only conversions conducted under the auspices of the Chief Rabbinate. The conversion bill, drafted last month by Interior Minster Ayreh Deri, head of the haredi Shas party, apparently aims to circumvent a March 2016 Supreme Court ruling that allowed those who undergo private Orthodox conversions in Israel to become citizens under the Law of Return.

Since helping to form the current government in 2015, haredi politicians have rolled back various efforts to reform the relationship between synagogue and state — many of them enacted under the previous government, which did not include them.

In November 2015, the Knesset postponed and watered down a law that would have ended the traditional exemption from military conscription for most haredi men. And in July 2016, Education Minister Naftali Bennett assumed the authority to ignore a law slashing state funding for haredi schools that do not teach math and English. State funding for yeshivas has reached record highs three different times under the current government.

However, some Israelis are mounting challenges to the religious status quo outside of the Knesset. The Cabinet’s decision came on the day of a High Court of Justice deadline for the state to respond to petitions on its failure to implement the Western Wall plan and build the pluralistic prayer space. How the court would react to the freeze was unclear.

Also, in an unprecedented move, the semi-official Jewish Agency issued a resolution on Monday calling on the government to reverse its decision, saying the move was un-Zionist.

“We deplore the decision of the [Government of Israel] which contradicts the vision and dream of Herzl, Ben-Gurion and Jabotinsky and the spirit of the Zionist movement and Israel as a national home for the entire Jewish people and the Kotel as a unifying symbol for Jews around the world,” said the resolution, which the agency’s board of governors passed unanimously.

Theodor Herzl, David Ben-Gurion and Zeev Jabotinsky were perhaps the most important Zionist leaders of the 20th century.

“We declare that we cannot and will not allow this to happen. We call on the GOI to understand the gravity of its steps and accordingly reverse its course of action,” the resolution continued.

Stuart Eizenstat, the former U.S. ambassador to the European Union, was at the Cabinet meeting Sunday before the vote to freeze the Western Wall plan. He presented a report by the think tank he co-chairs, the Jewish People Policy Institute, that urged the government to promote Jewish pluralism, in part to ensure the continued support of American Jewry.

While dismayed by the ministers’ decision, Eizenstat said he felt his message was heard.

“I’ve been doing this for many years, and I’ve never seen a meeting that lasted so long nor one that had such a spirited debate,” he told JTA. “There was tremendous engagement on our point by nearly all the minsters. It was clear they took it seriously.”