9 Jewish books to read this summer 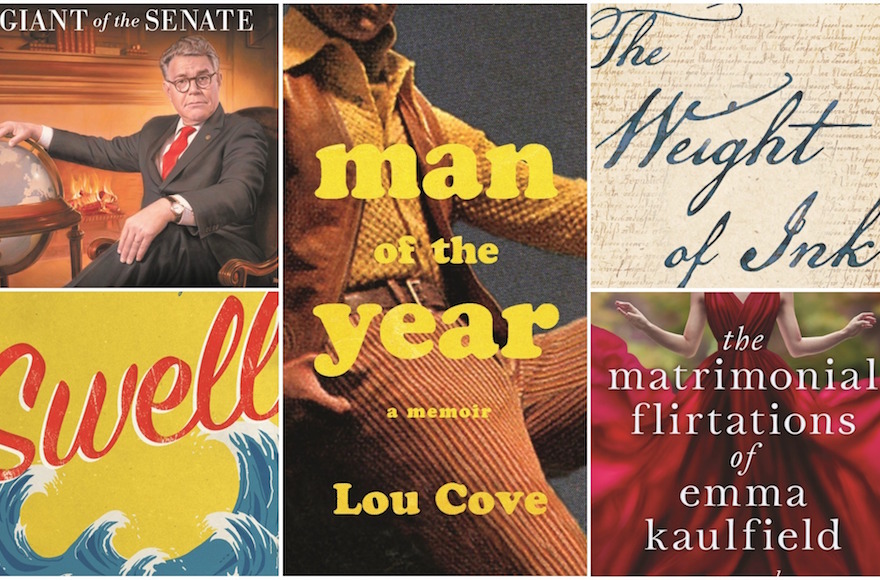 (JTA) — Sure, winter might seem like the ideal time of year for curling up with a good book — but summer is when you might actually have time to read.

So before these warm months all too swiftly fade to fall, here are some Jewish-themed titles, from a wide range of genres, to fill your beach bag (or tablet) for the season.

A bonus: These works, from an international smattering of authors, are equally enjoyable while riding in an overcrowded bus on your way to work.

Al Franken, Giant of the Senate (Twelve)
By Al Franken 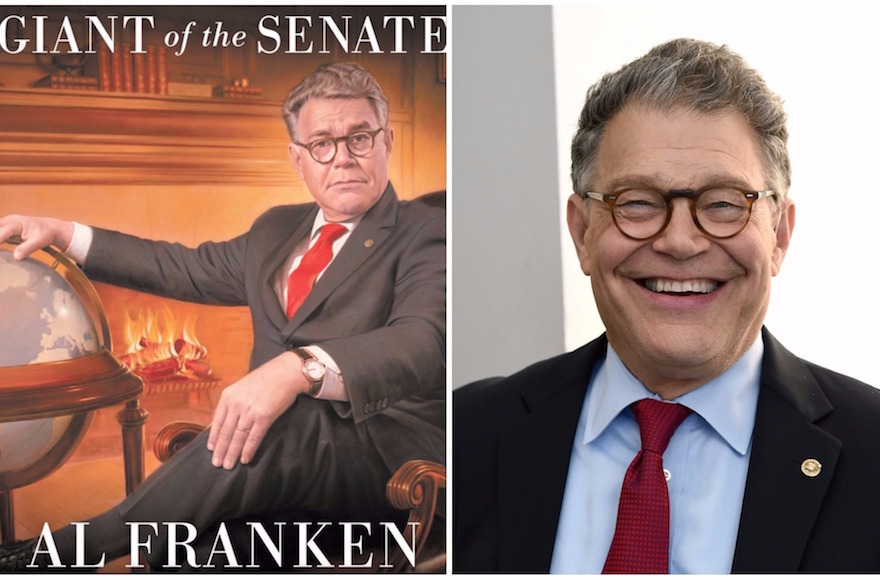 Franken may be best known for his years on “Saturday Night Live” and his popular satirical books, but he needed to contain his comedic chops in preparation for his current gig: U.S. senator from his home state of Minnesota, which he earned by the narrowest of margins after a recount in 2008. Yet once he was comfortably re-elected in 2014, he said he could finally be funny again. It was worth the wait: This new memoir features plenty of Franken’s patented political and polemical comedy — including numerous takedowns of Texas Sen. Ted Cruz (“an obnoxious wrench in the gears of government”) — along with some touching reflections on his childhood in “St. Jewish Park” (as the Minneapolis suburb St. Louis Park is known), his family life and, of course, his winding career path from 30 Rock to Capitol Hill. 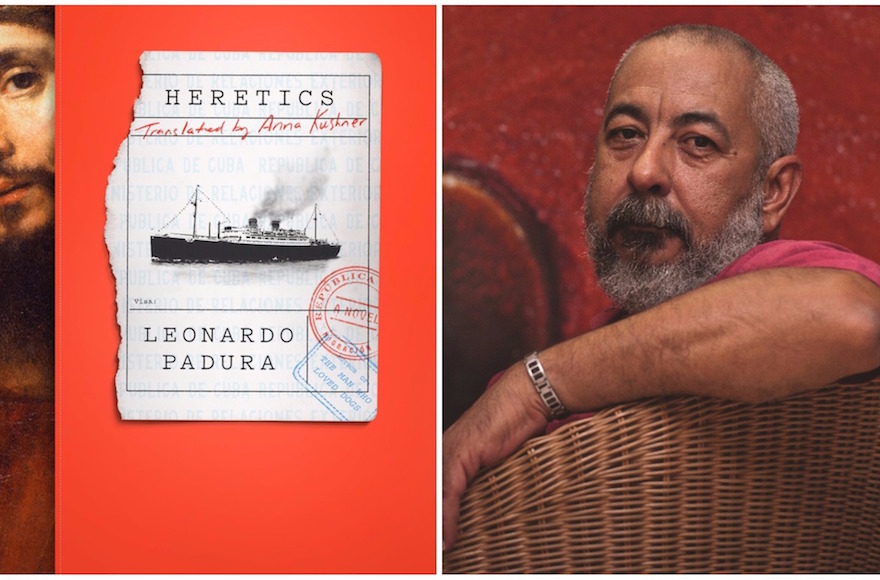 A celebrated Cuban journalist and author, Padura is best known in the English-speaking world for his series of mysteries set in Havana featuring Lt. Mario Conde. In this newest adventure, as interpreted by Kushner, Conde is hired by a descendant of the Kaminsky family, who were among the German Jews who made a voyage of the damned from Hamburg to Havana and back again aboard the refugee ship St. Louis in 1939. The Kaminskys had carried with them a rare Rembrandt painting. Both the family and the painting disappeared during the war, but the Rembrandt reappeared decades later at a London auction. In pursuit of the truth, Conde must navigate layers of anti-Semitism, the corruption of contemporary Cuba and the ghosts of history.

Man of the Year (Flatiron Books)
By Lou Cove 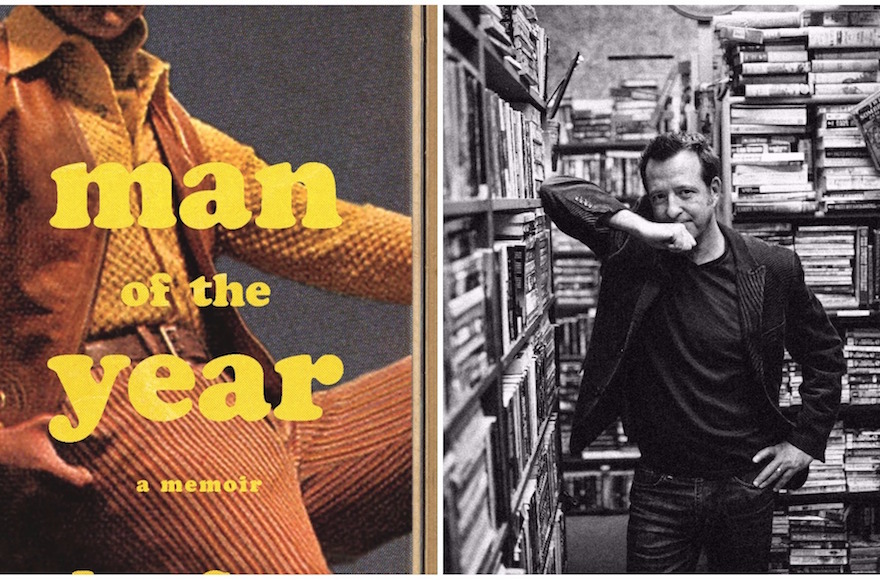 “Man of the Year: A Memoir,” by Lou Cove (Flatiron Books)

Do you remember 1978? Cove, a former journalist whose resume includes senior roles with the Harold Grinspoon Foundation, Reboot and the National Yiddish Book Center, will never forget it. His quirky new memoir recalls his 13th year — traditionally a time of transition for any Jewish boy — when his family leaves New York City for Salem, Massachusetts, and a seemingly humdrum small-town existence. This purgatory is interrupted by the arrival of a stranger from California, his father’s old friend Howie — he may be better known to readers of that month’s issue of Playgirl as Mr. November. But as Cove recounts in funny, touching prose, Howie isn’t satisfied with a single month: He wants young Lou to lead his campaign to become the magazine’s, yes, Man of the Year. 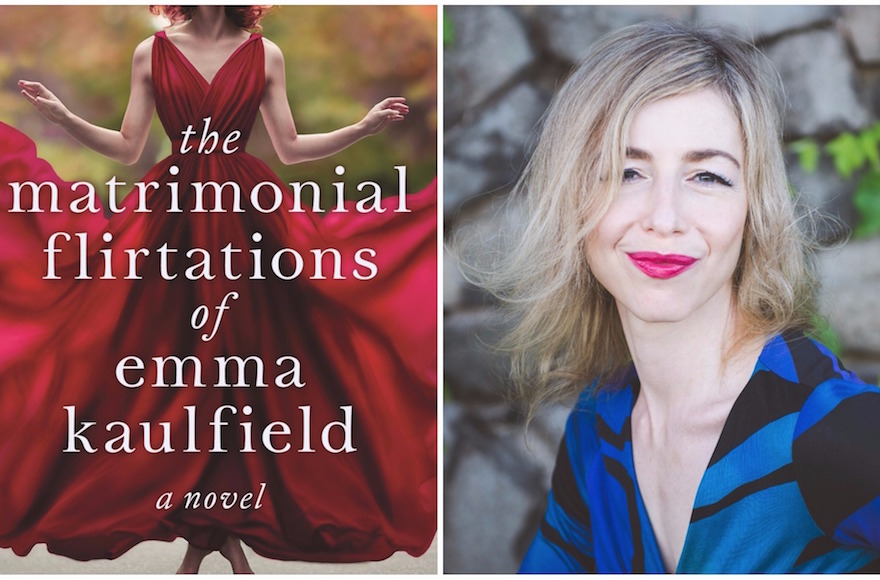 This debut novel by actress, comedian, writer and web producer Fishbeyn elevates the literary rom-com with inventive language and a distinctive immigrant identity twist. The title character has grown from a 10-year-old Soviet refusenik and new American into a beautiful, all-but-assimilated New York University grad student engaged to “one of her own people” — a handsome, Russian-born Jew. But when a random encounter with a stranger turns into a torrid affair, Emma finds herself torn between the wants and needs of love and career, which are intertwined with the bonds and burdens of her family and heritage. If that all sounds a little heavy, take note that it’s all pretty hilarious, too. 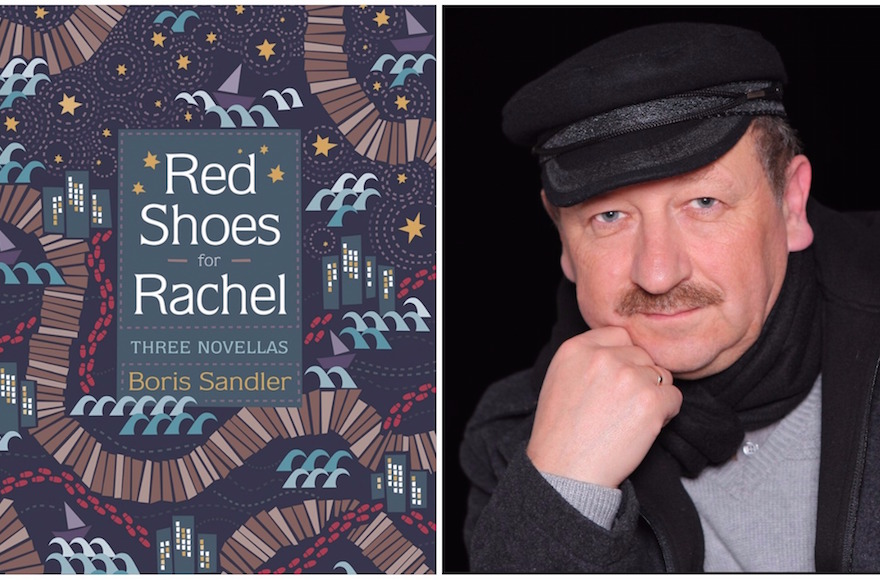 Sandler, who retired last year from his post as editor-in-chief of the Yiddish Forverts, is among the most prolific of the small circle of contemporary authors and poets writing in Yiddish. This 2010 award-winning collection of three novellas, just now available to English readers thanks to the work of translator Zumoff, mixes magic realism, satire and even a bit of autobiography, reflecting the author’s experience of living in Soviet Moldova, Moscow, Jerusalem and New York. Sandler’s work often centers on the disrupted world of Eastern European Jews who have been scattered to foreign lands, and the title novella is a perfect example: a Coney Island encounter between a Brooklyn-born woman and a Moldovan Jewish immigrant, two children of Holocaust survivors raised in very different societies. 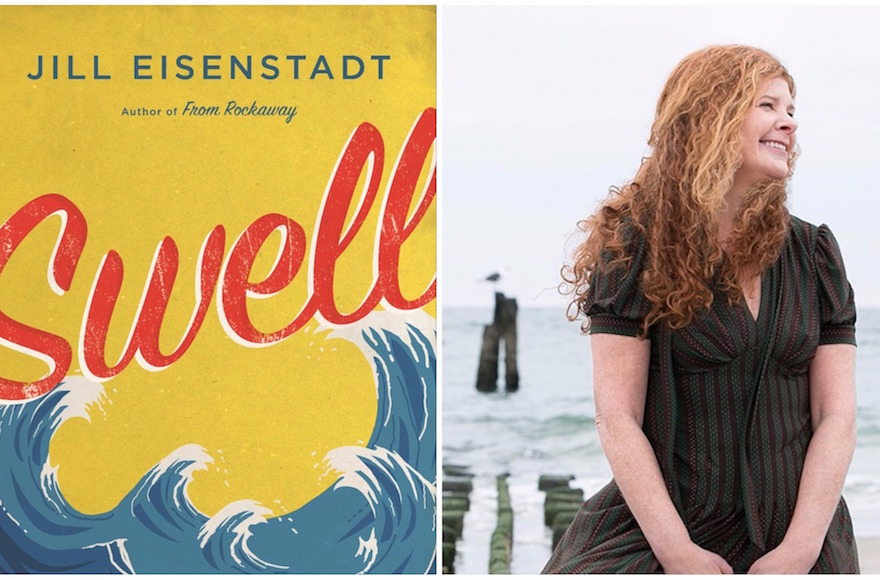 In the wake of 9/11, a Jewish man and his non-Jewish wife move their family from Manhattan’s Tribeca to a house in Rockaway, Queens, that his father buys them on the condition that the father gets to live there  — oh, and that the wife converts to Judaism. Also, the house is haunted. Sounds crazy, no? But this kooky setup for Eisenstadt’s third novel is only the backdrop for the cast of characters she unfurls, including the 90-year-old former homeowner who murdered her son on the premises, plus the ex-lifeguard and firefighter who witnessed it (and has a secret of his own).

The Weight of Ink (Houghton Mifflin Harcourt)
By Rachel Kadish 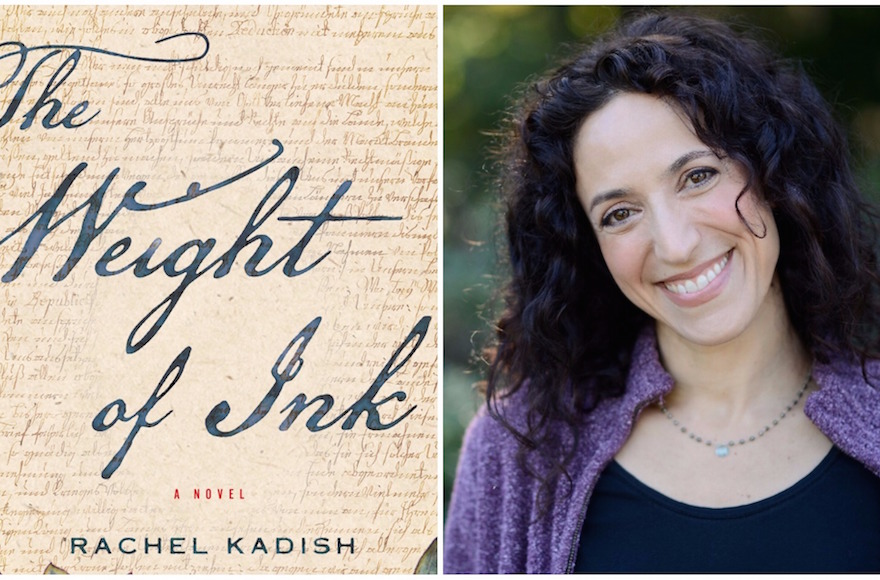 At 576 pages, Kadish’s third novel may not exactly be light reading, but it will be deeply satisfying to anyone who enjoyed Geraldine Brooks’ “People of the Book.” The story traces the narratives of two women in London who are separated by more than 300 years, yet are tied together by the discovery of a cache of Jewish documents that were penned in the 17th century — but by whom? A heated race by modern-day academics to solve a mystery unfolds into a historical epic that transports readers back to the days of Shakespeare, Spinoza and the Great Plague, uncovering some rich details of Jewish life in the 1600s along the way.

The Worlds We Think We Know (Milkweed Editions)
By Dalia Rosenfeld 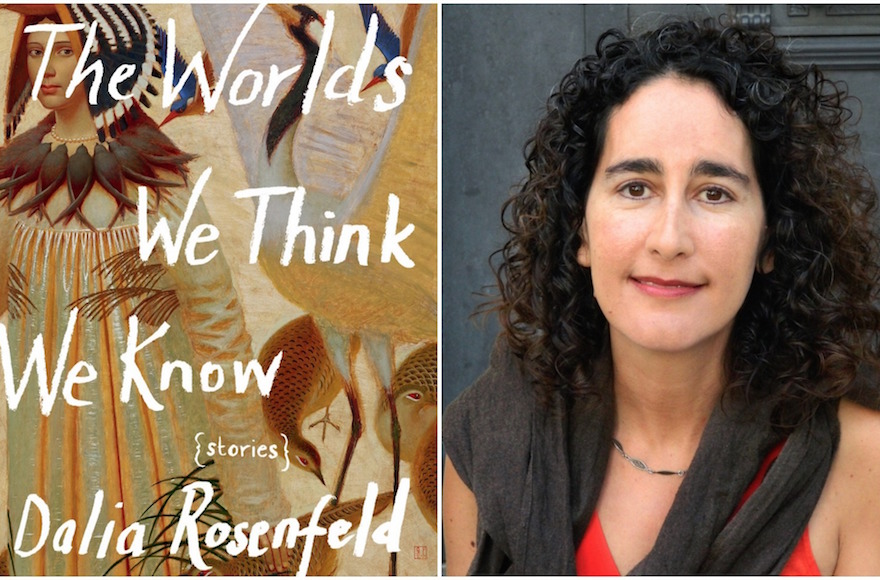 “The Worlds We Think We Know,” by Dalia Rosenfeld (Milkweed Editions)

After two decades of publishing fiction in journals and racking up a series of writing awards, Rosenfeld — who made aliyah two years ago — has debuted her first collection, winning praise from contemporary Jewish literati such as Cynthia Ozick and Gary Shteyngart. The 20 touching stories bounce between the U.S. and Israel, from the kosher co-op at an Iowa college, to the streets of New York, to a Jerusalem retirement home and beyond. The collection explores the intersections of American, Israeli and Jewish identity, with a sometimes haunting sense of history and always a current of wry humor. 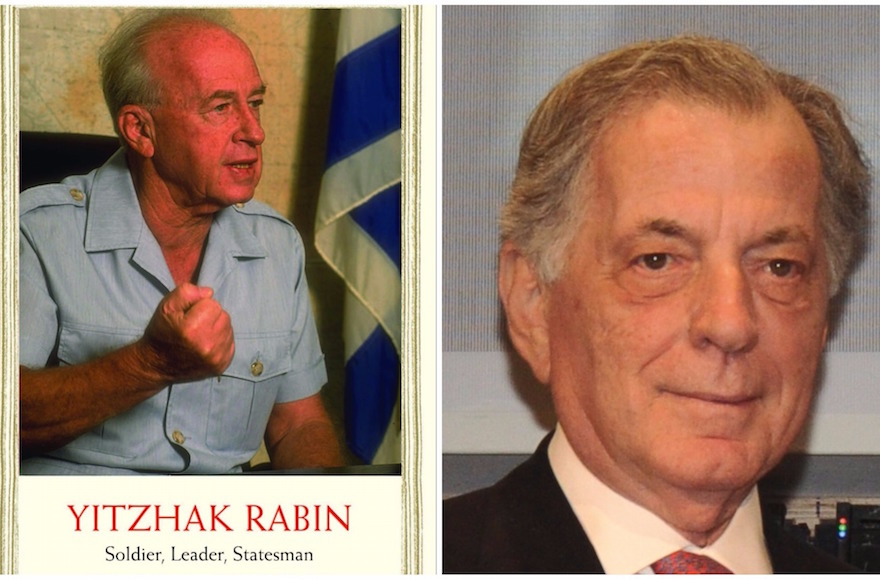 More than 20 years after Rabin’s assassination, this new biography is by one of his closest aides — Rabinovich served as Israel’s ambassador to the U.S. during Rabin’s final years as prime minister. The compelling tome adds new layers to the story of one of Israel’s most well-known and admired leaders, thanks to original research and unique personal recollections. Most interestingly, the author offers new insights into Rabin’s relationships with leaders such as Bill Clinton, Henry Kissinger and King Hussein of Jordan, as well as a sophisticated analysis on the repercussions of his murder that echo to this day.