Netanyahu’s office: We did not seek to blame liberal Jews for Western Wall crisis 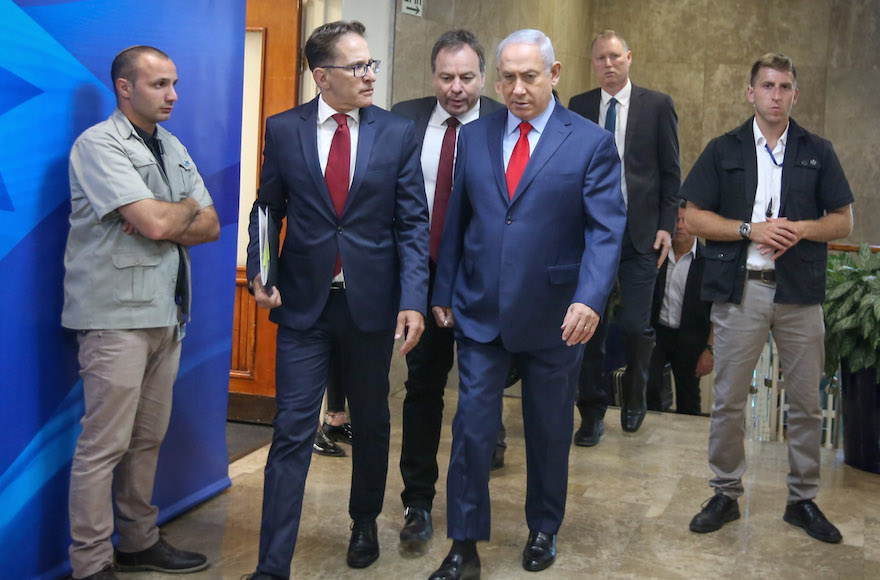 (JTA) — Israeli Prime Minister Benjamin Netanyahu’s office has flatly denied a report that it instructed diplomats to blame non-Orthodox Jews for the controversy over the Western Wall.

Israeli diplomats in North America were told to blame the Reform and Conservative Jewish movements for the ongoing crisis in relations between Israel’s government and U.S. Jewry, according to a report in Maariv. The Israeli daily said the directive happened in a conference call this week between the diplomats and Jonathan Shechter, a senior aide to Netanyahu.

Netanyahu’s office unequivocally denied the report in a statement to JTA.

“The Prime Minister’s Office denies the directive and the position that were attributed to Shechter in the article,” the statement Friday read. “The conversation did not occur as depicted in the article.”

The controversy between U.S. Jewry and Israel erupted Sunday when the Israeli Cabinet voted to freeze a government decision that would have expanded a non-Orthodox prayer area at the Western Wall, Judaism’s holiest prayer site. The government also advanced a bill that would have granted the Chief Rabbinate, a haredi Orthodox-dominated body, sole authority over recognized Jewish conversions within Israel.

The conversion bill has subsequently been shelved for six months.