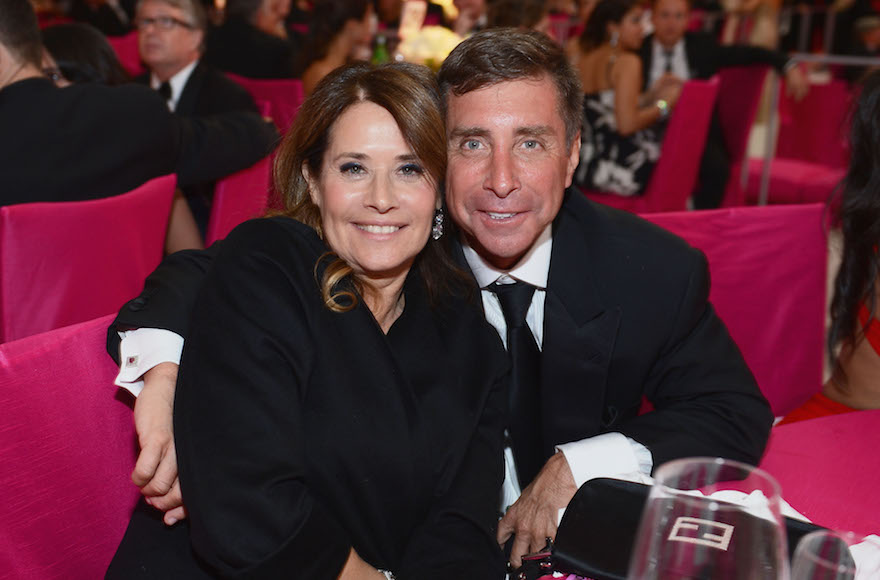 (JTA) — A New York jeweler whose clients include Melania Trump, Oprah Winfrey and Jennifer Lopez denied accusations in a civil lawsuit that he helped cover up a murder in his apartment building by a downstairs neighbor.

The suit was filed last week against Jeffrey Rackover, 57, in New York State Supreme Court in connection with the murder trial of James Rackover, 26, who assumed the jeweler’s last name, the Stamford Advocate reported Tuesday.

According to the New York Post, the younger Rackover has said he considers himself the son of the jeweler.

In the same court, James Rackover is a defendant in a criminal trial in the murder of Joseph Comunale, 26, of Stamford, Connecticut, the Advocate reported. According to the indictment, James Rackover and another man allegedly beat and stabbed Comunale to death in a Manhattan apartment in November. The fight reportedly started over cigarettes following a night out.

The Rackowers live in the same swank Upper East Side building that authorities say Comunale was murdered, according to the Advocate.

James Rackover has denied the charges.

The lawsuit against Jeffrey Rackover, filed by Comunale’s family, alleges that the jeweler helped James Rackover conceal alleged evidence from the scene of the killing, the New York Post reported Thursday. It also claims that James Rackower allowed Jeffrey Rackover to use his black 2015 Mercedes-Benz to transport the body to its burial some 55 miles away in Oceanport, New Jersey.

According to the civil lawsuit, within hours of when investigators believe Comunale was killed on Nov. 13, James Rackover left his fourth-floor unit for the 32nd-floor apartment of Jeffrey Rackover, where surveillance footage captured the jeweler with cleaning supplies and paper towels.

Jeffrey Rackover’s lawyer, John Rosenberg, issued a statement Thursday saying his client “had absolutely nothing to do with these tragic events” and “looks forward to his total vindication when the actual facts are revealed.” Rosenberg also said it was “difficult to imagine the pain” being felt by plaintiff Pat Comunale, the father of the victim.

James Rackover and Lawrence Dilione, 28, are charged with fatally stabbing Comunale and then burning and burying his body in a shallow grave in Oceanport.

The civil suit demands unspecified damages from Jeffrey Rackover on the grounds that he kept the victim’s kin from promptly giving him a proper burial, and caused them “mental and physical anguish.”