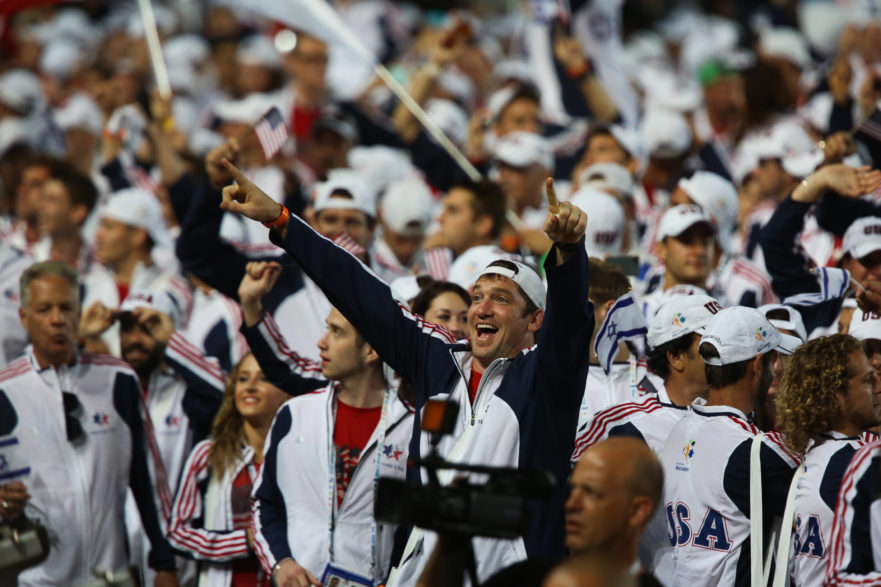 Athletes from the U.S. delegation to the 19th Maccabiah Games celebrate during the opening ceremonies at Jerusalem's Teddy Stadium, July 19, 2013. (Yonatan Sindel/Flash90/JTA)
Advertisement

JERUSALEM (JTA) — A record 10,000 athletes will be competing at the 20th Maccabiah Games, the so-called Jewish Olympics.

Some 30,000 people are expected to attend the opening ceremonies Thursday at Teddy Stadium in Jerusalem, which will be nationally televised on Israel’s Channel 2. It is the third largest sporting event in the world, according to organizers.

The athletes in the 43 sports represented at this year’s games come from 80 countries. Israel and the United States have the largest delegations. The latter will have over 1,000 athletes, according to Maccabi USA. Among them will be Anthony Ervin, who won the gold medal in the 50-meter freestyle last summer at the Rio Olympics 16 years after doing so for the first time in Sydney.

In addition to the dozens of events taking place in the host city of Jerusalem, competitions will be held at 68 sports complexes throughout the country.

Soccer is the largest sport at the games, with more than 1,400 athletes from 20 countries participating.

The competition categories are youth, open, master’s and Paralympics.

Many international Jewish sports stars have launched their careers at the Maccabiah, and often return to play or coach at the games.