NEW YORK (JTA) — Daryl Messinger knows she’s going to visit Israel again. But the next time she flies there, it won’t be on El Al.

Messinger, the chair of the Union for Reform Judaism, will be boycotting Israel’s national airline as part of her protest of the Israeli government’s two votes last week that empowered its Orthodox sector at the expense of more liberal groups. She’s also going to make a point of buying non-kosher wines produced in Israel — a show of support for Jews who don’t observe traditional kosher laws.

“I want to make sure my dollars are working for my needs and for a pluralistic Israel,” Messinger, of Palo Alto, California, told JTA on Wednesday. “The Israeli economy is the place where our American dollars are really impactful, so we need to be really clear about what goods and services we want to support and see thrive in Israel.”

Like many liberal Jewish leaders, Messinger is angry about the recent Israeli Cabinet votes to suspend the expansion of a non-Orthodox prayer area at the Western Wall and to give Israel’s Chief Rabbinate sole authority over official Jewish conversions performed in the country.

The votes have outraged American Jewry’s organizational elite, which sees them as a betrayal of Jewish pluralism and of Israel’s symbolic obligations to non-Orthodox Jews around the world. With limited leverage, Jewish leaders and pundits are now suggesting that they use the power of the purse to get their point across. Pundits have dared American Jews to stop giving money to Israeli causes — from tourist attractions to hospitals — and its national carrier. And Reform officials have called on their members to redirect their money to groups that advance their ideals.

American Jews may not vote in Israel, but they do give money there. According to a 2014 analysis by the Forward, American Jewish groups give nearly $1.8 billion to Israel each year.

“My original gut reaction when I read about what happened was to say, ‘The heck with this,’” said Harry Levy IV, treasurer of the Union for Reform Judaism, or URJ. “Why should I give my money to Israel if they don’t want to recognize me as a Jew, much less believe in egalitarian prayer? My only vote is with my pocketbook. I don’t have a vote as an Israeli.”

Levy will not be suspending his giving to Israel, but he and Messinger are two of several active Reform Jewish donors who will be reapportioning their Israel philanthropy. A handful of members of URJ’s Oversight Committee — a 35-member body mostly elected from among the organization’s 253-member board — told JTA that they would be giving more to nonprofits that champion pluralism rather than large, general-interest Jewish fundraising bodies.

Michael Price, a retired musical theater producer from Connecticut, gave frequently over the past six decades to his local Jewish federation, an umbrella for expansive Jewish giving. No more, he says. He’s going to donate more to Reform institutions in the U.S. and around the world, as well as to liberal Zionist organizations like the New Israel Fund and J Street, the dovish pro-Israel lobby.

“I will be much more selective to make sure what I give will not be used against me, and by me I mean liberal Jews anywhere in the world,” Price said. “I will not let Israel fail, but I believe that the right-wing government of Israel, Netanyahu and the rabbinate in Israel are absolutely blind or mean-spirited, blind to the contributions of liberal Jews.”

URJ officials aren’t the only ones to publicly question their giving to Israel.

This week, Isaac “Ike” Fisher, a board member of the Israel lobby AIPAC from Coral Gables, Florida, threatened to suspend his Israel philanthropy and wrote in an email to JTA that he hopes “Jews in the Diaspora will recognize the threat that a creeping theocracy can have on a democratic state.” 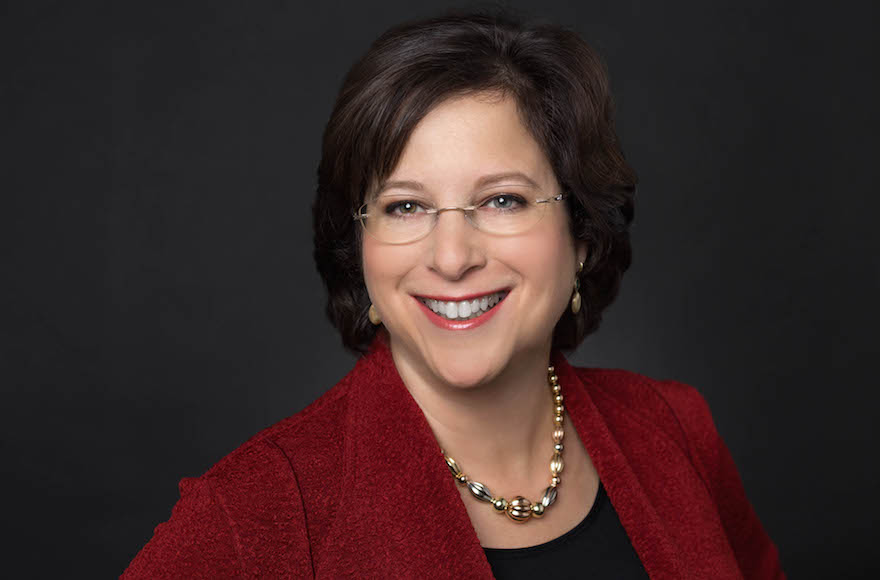 Daryl Messinger, chair of the Union for Reform Judaism, said she will stop flying El Al as a way to protest the Israeli government’s recent votes on the Western Wall and Jewish conversions. (Courtesy of URJ)

Steven Nasatir, president of the Chicago Jewish federation, told The Times of Israel that any lawmaker who votes for the conversion bill is not welcome in his community. (Bowing to such outrage, Israel’s Cabinet agreed to postpone the conversion law for six months. It has not taken further action on the Western Wall deal.) Nasatir later put out a statement with his federation’s chairman saying “we and our fellow Jewish community leaders will continue to actively engage with Israeli officials, lawmakers, civic and religious leaders, to raise our voices and our concerns.”

Usually wary to wade into Israeli controversies and alienate any of their diverse donors, North American federations were nonetheless quick to criticize the Israeli government decisions last week.

“We are outraged at two Israeli government actions today that would destroy the fundamental principle that Israel, our Jewish homeland, is a place where all Jews can and must feel at home,” the New York Jewish federation, the country’s largest, said in a statement.

Like other federations, it warned Israel that the issue could rupture the relationship between Diaspora Jews and Israel, which is often measured in dollars and cents.

“There’s been a remarkable change of stance by federations in North America backing away from what had previously been an unconditional support of the Israeli government,” said David Baskin, a URJ board member from Toronto. “Everyone is worried that liberal Jews in particular will stop giving to federations, to the extent that federations are supporting Israel, and that’s a well-founded fear.”

Other Reform donors demurred from the idea of withholding money from mainstream Jewish groups as a pressure tactic. URJ Vice Chair Jennifer Kaufman said she would not ask anyone to stop giving to federations — just to consider giving to other organizations as well.

“I’m not about to suggest that someone shouldn’t be giving money to where they’ve been giving money,” she said. “I think that’s something everyone has to decide for themselves. I would not be comfortable telling people what they should do with their philanthropic donations.”

Even as they spoke of pressuring Israel financially, Reform donors denied any parallel to the Boycott, Divestment and Sanctions movement, or BDS, against Israel, and in its official form is anti-Zionist. Instead of isolating Israel economically, these donors are considering increasing their giving — but changing which Israelis get it.

“This is about redirecting funds strategically,” Messinger said. “It’s not about spending less. It’s about investing in areas where it’s clearly promoting democratic, pluralistic Israel — an Israel we’d like to all be part of.”