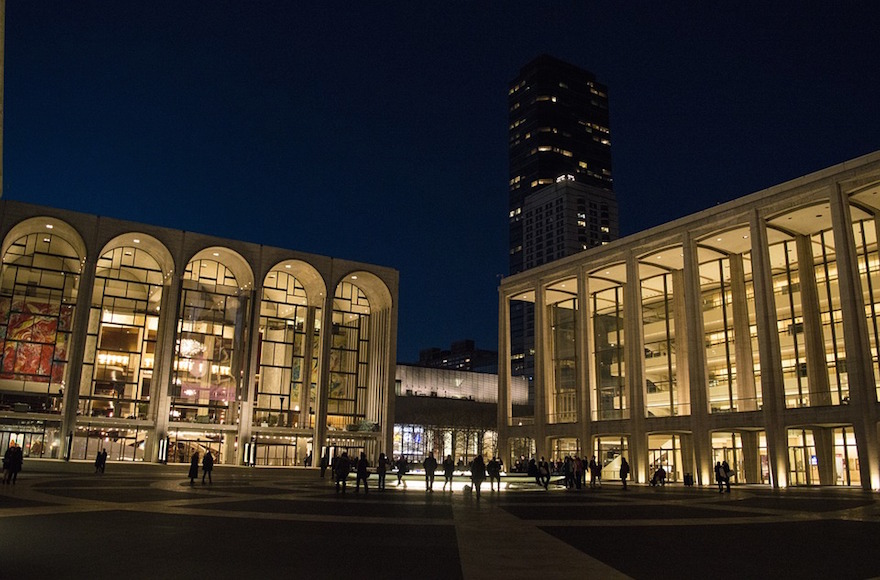 (JTA) — A group of more than 60 artists has called on Lincoln Center to retract a play that has backing from the Israeli government.

The play, “To the End of the Land,” is a part of the Lincoln Center Festival at the famed arts complex in New York. It is co-produced by the Cameri Theater of Tel Aviv and Habima National Theater of Israel, and has garnered supported from Israel’s Office of Cultural Affairs in North America.

The play is based on a critically acclaimed 2008 novel by David Grossman, a leading left-wing activist in Israel and frequent critic of Prime Minister Benjamin Netanyahu and his right-wing government. Last month, Grossman won the 2017 Man Booker International Prize for his novel “A Horse Walks Into a Bar.”

The letter of protest was organized by the advocacy group Adalah-NY, which calls for the boycott of Israel over its treatment of Palestinians, The New York Times reported Thursday. The involvement of the Israeli government appears to be the organizers’ main bone of contention.

“It is deeply troubling that Lincoln Center, one of the world’s leading cultural institutions, is helping the Israeli government to implement its systematic ‘Brand Israel’ strategy of employing arts and culture to divert attention from the state’s decades of violent colonization, brutal military occupation and denial of basic rights to the Palestinian people,” the letter reads.

Debora Spar, the president of Lincoln Center, rejected the request.

“As a cultural and education organization,” she said in a statement, “we are committed to presenting a wide variety of artistic voices and trust that the art we bring can stand on its own.”