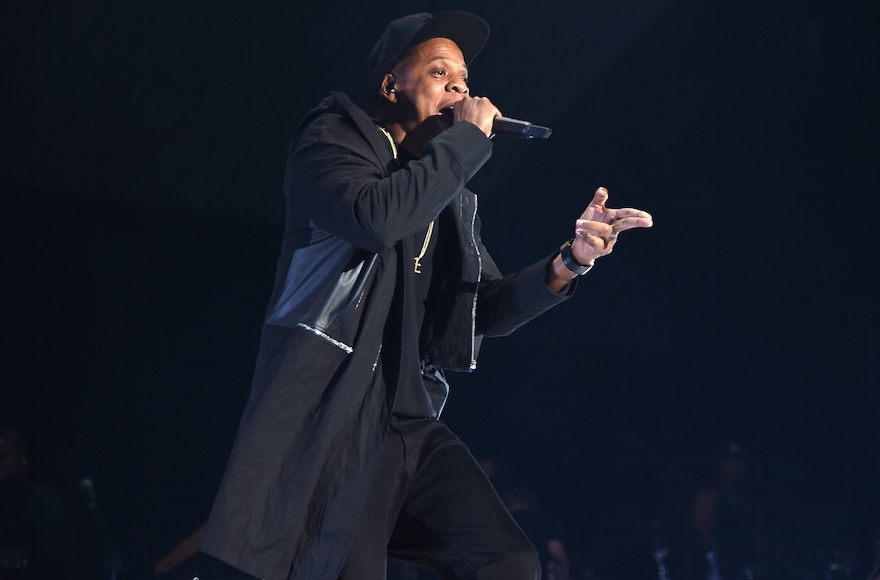 WASHINGTON (JTA) — The Anti-Defamation League expressed concern about a Jay-Z lyric that “Jewish people own all the property in America,” but emphasized that it did not believe that the rapper intended to promote anti-Semitism.

“The lyric does seem to play into deep-seated anti-Semitic stereotypes about Jews and money,” said an ADL statement released Friday. “The idea that Jews ‘own all the property’ in this country and have used credit to financially get ahead are odious and false. Yet, such notions have lingered in society for decades, and we are concerned that this lyric could feed into preconceived notions about Jews and alleged Jewish ‘control’ of the banks and finance.”

The song, “The Story of O.J.,” on Jay-Z’s latest album, “4:44,” has attracted negative social media attention for its lyric, “You wanna know what’s more important than throwin’ away money at a strip club? Credit/You ever wonder why Jewish people own all the property in America? This how they did it.”

Jay-Z’s defenders say the lyric is typical of his use of exaggerated stereotypes to make broader points about social problems — in this case, counseling African-American empowerment through emulation of Jewish business leaders.

“We do not believe it was Jay-Z’s intent to promote anti-Semitism,” the ADL said. “On the contrary, we know that Jay-Z is someone who has used his celebrity in the past to speak out responsibly and forcefully against the evils of racism and anti-Semitism.”